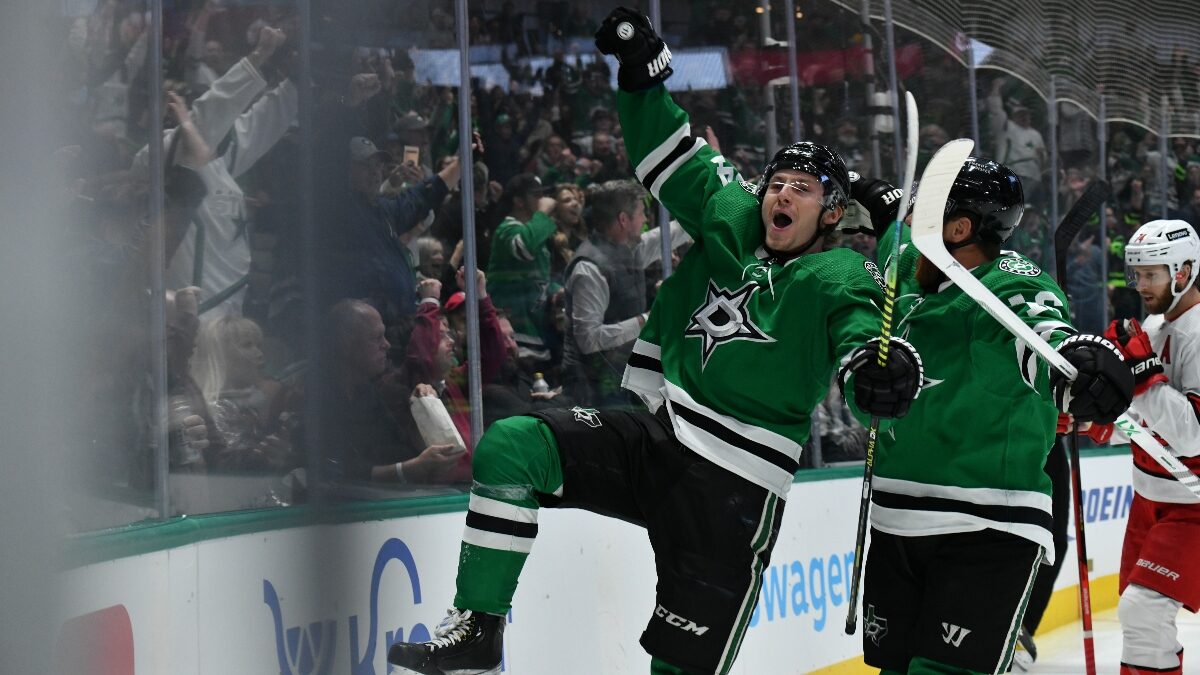 The Sharks and Stars meet for the first time this

NHL Season in a Western Conference matchup on Friday night. San Jose has had a slow start to their season and needs to get more offensive production.

They’re 3-9-3 so far this season and averaging just 2.57 goals per game. The defense for the Sharks hasn’t played much better as they try to snap a five-game losing streak.

Dallas has played well this season and is tied with the Winnipeg Jets for first place in the Central Division standings with an 8-4-1 record. The offense is averaging 3.62 goals per game, and they’ve scored 19 goals in their previous four matchups.

San Jose has lost six of their last seven games and looks for their second road win tonight in Dallas. They were in St. Louis last night as they were beaten 5-3 against a Blues team that snapped an eight-game losing streak. The Sharks are hoping to do the same tonight and avoid their sixth straight defeat.

Erik Karlsson is the only player with significant offensive production for San Jose, with ten goals and 11 assists, leading the team in both categories.

Stars’ Defense Has Been Dominant

The Stars have been productive on offense this season, but defense is what has kept them consistent so far.

They are allowing 2.46 goals per game and have given up just 18 goals in the 12 games since starting the season with a 2-5-0 record. However, they were defeated 5-1 in their last game against the Jets on Tuesday night to end their three-game winning streak.

Jason Robertson leads the Stars on offense with nine goals and is first on the team with 19 points. Roope Hintz is tops on the team in assists with 12, and Joe Pavelski is first in plus/minus at +11.

Jake Oettinger has been stellar in goal for Dallas and is 5-1-0 this season with a league-leading 1.40 GAA. His .952 save percentage is also the best in the NHL.

The Stars are one of the best NHL teams in the west and should have no problem scoring against a Sharks defense that gives up 3.29 goals per game. The Dallas defense should be able to pressure San Jose and create turnovers in the defensive zone to keep their shots to a minimum. The Stars are expected to get a convincing win on their home ice tonight.