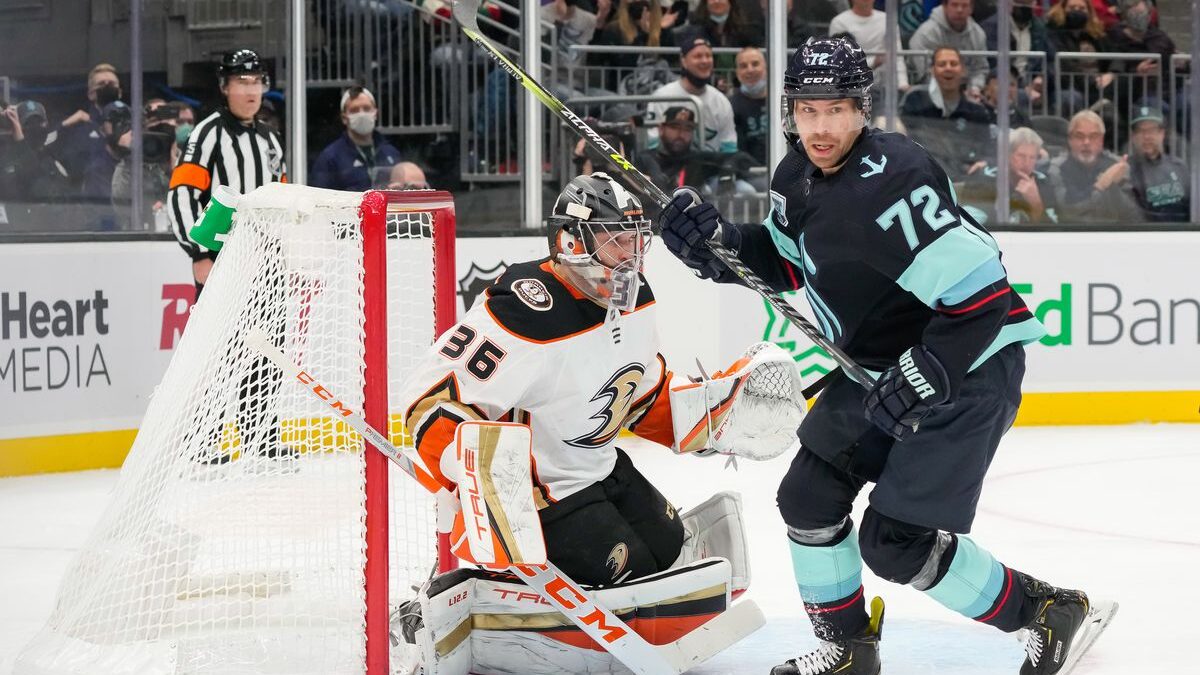 The Kraken and Ducks renew their rivalry tonight at Honda Center and hope to have a better season in 2022 and put themselves in contention for the playoffs.

Seattle finished its inaugural NHL season with a 27-49-6 record and at the bottom of the division. They had the worst save percentage in the league at .880 last season and were 29th in the league in goals scored at 2.6 per game.

The Ducks hadn’t made the playoffs since 2018 when they lost in the first round. They weren’t much better than Seattle, with a 31-37-14 record that put them seventh in the Pacific Division. The team ranked 24th in the league in goals scored and allowed 3.24 goals per game to finish 23rd overall.

The Kraken had higher expectations in their first season as an expansion team. Unfortunately, their goaltending was their biggest disappointment, with Philipp Grubauer and Chris Driedger combining for the worst goaltending duo in the league.

However, they have made some significant moves in the offseason, bringing in goalie Martin Jones and a few other acquisitions that could make a difference this season.

The team traded two draft picks to acquire forward Oliver Bjorkstrand from the Columbus Blue Jackets. They also added free-agent defenseman Justin Schultz and forward Andre Burakovsky from the Colorado Avalanche, who should make a big difference on the defensive end. As a result, they now have more depth at all positions and should make some noise in the Pacific Division.

Anaheim hopes to be in playoff contention after adding eight free agents to their young core in the offseason. They also acquired Ryan Strome from the New York Rangers, who scored 54 points with 21 goals last season.

Josh Gibson has shown flashes of brilliance in goal and is expected to bounce back after a disappointing season with a .904 save percentage. Backup goaltender Anthony Stolarz may start tonight’s game, with Gibson listed as day-to-day on the injury report.

Defenseman Jamie Drysdale had a solid rookie campaign last season, and Troy Terry showed why he will one day be a star in this league after scoring 67 points.

Center Trevor Zegras was the best player for Anaheim and placed second in the voting for the Calder Trophy after his outstanding season, where he had 61 points on 23 goals and 38 assists.

The Kraken made several great off-season moves and should finish higher than Anaheim in the division this season. Seattle is now deeper than the Ducks on defense, and Grubauer should be somewhat improved in goal to start the season campaign.

Godds Pick/Prediction: The Kraken win, and the total stays under.