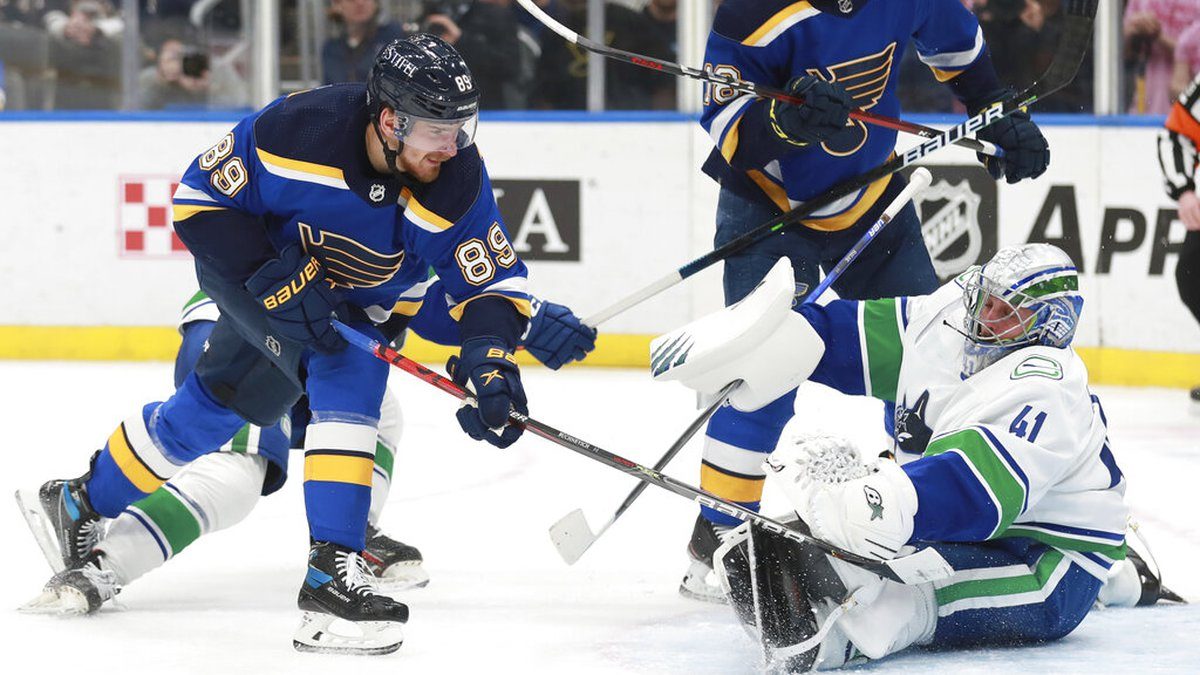 The Blues and Canucks will play the second half of their home-and-home series this week at Roger Center in Vancouver tonight. St. Louis is having a solid season on offense and is averaging 3.51 goals per game.

The Canucks have played well this season and are averaging 2.79 goals but are hoping to improve their offense before attempting to go deep into the playoffs.

On Monday night, these two teams played, with the Blues taking a 4-1 victory. Vancouver needs a win in tonight’s matchup to avoid St. Louis from sweeping their season series. They also need to put together some wins to stop falling in the standings as they are 3-4-3 in their last ten games overall.

St. Louis is currently fourth in the Central Division standings with a 36-20-9 record and is looking to move past the Nashville Predators as they trail them by one point. However, the top of the division is pretty much out of reach with about a month left in the season, as the Avalanche just became the first team to reach 100 points on the season.

Jordan Kyrou leads St. Louis in points this season with 62 and is tied with Robert Thomas for the team lead in assists with 40. Vladimir Tarasenko is second in points with 58 and shares the team lead in goals with David Perron at 23.

Justin Faulk is the leader in plus/minus at +31. Ville Husso is first on the team in wins with 17 and has 2.38 goals against per game.

Vancouver is coming off their second loss of the season to St. Louis on Monday and hopes to keep from getting swept in the regular-season series. The team is currently fifth in the Pacific Division with a 32-27-9 record, just three points behind the Vegas Golden Knights and 15 points behind the division-leading Calgary Flames.

J.T. Miller is the leading producer for the Canucks, with 80 points. He leads in goals with 28 and assists with 52, and is third on the team in power-play goals with seven.

Quinn Hughes is second in scoring for Vancouver with 53 points, most of them coming on assists, as he’s second on the team with 48 on the season. Thatcher Demko is the leading goaltender with 28 wins and gives up 2.66 goals per game.

St. Louis won their last meeting on Monday night at home as the Canucks look to bounce back on their home ice. Vancouver should be competitive in this matchup and will get the win with a strong performance from their defense.