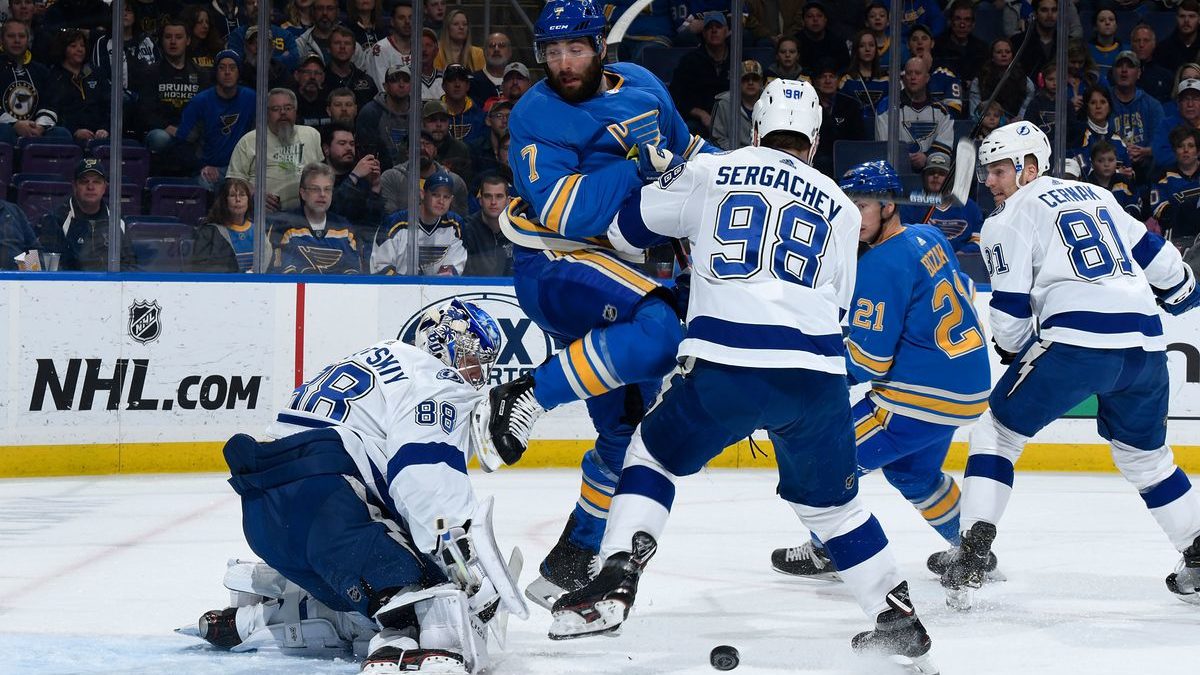 Tuesday evening will feature two top NHL squads from opposite conferences and with proven potential to aim for a season championship.

The Tampa Bay Lightning will take on the St. Louis Blues at Scottrade Center in St. Louis, Missouri. The Lightning arrive for this matchup with 27 points and a 12-5-3 record, which puts them third in the Atlantic Division. Tampa is also looking sharp, with a 5-2-1 record on the road, so they might just be ready to step it up tonight.

St. Louis is second in the Central Division with 25 points and an 11-7-3 season record. The squad is 6-3-1 at home and looking just a bit better than their Tampa Bay rivals.

With the two teams stacking up at just around the same level, Tuesday’s NHL showdown will heat up the rivalry between these two squads. Both teams are trailing just behind the leading teams in the East and West overall standings.

Tampa Bay to Show Up in St. Louis’ with a Solid Road Record

Tampa is hoping that on this last day of the month, they will break a franchise record. If the team can avoid losing to St. Louis, the squad will have recorded only two losses in November, which is the fewest in franchise history.

The Lightning arrive at Tuesday’s faceoff with a 3-2 mark over their last five games. The team has faced challenges throughout the beginning of the season as they try to put all the pieces together. Since they have managed to do so, the team has been able to finish with more solid wins.

St. Louis has also been playing great on the road with five wins and just two losses. This presents a challenge for Tampa to outperform the visiting team.

The Tampa Bay squad will come into the game after a 4-2 loss to the Minnesota Wild on Sunday night. They’re averaging 3.1 goals per game and are 18.3% on the power-play, which is 16th in the league. The team does have championship aspirations and hopes this will favor them on Tuesday night.

St. Louis Hopes to Keep Up the Solid Start to Their Season

The Blues have built quite a streak during the start of this season. It was on November 7 that St. Louis found themselves with a 7-2-1 season record along with five consecutive in their first ten games.

However, the story is not quite the same anymore. The squad is now 2-3 in their last five and are looking to bring back some of that team magic that sparked during the opening stages of their competitive path.

Since their 6-3 win over the Columbus Blue Jackets on Saturday night, The Blues are hoping to power through Tuesday’s showdown and return to winning consistently.

With 3.33 goals per game and a 2.76 goals-against average, 13th overall this season, the squad is looking solid at both ends of the ice. They are currently at 29.7% on the power-play, which is second overall in the league.

Although the advantage is narrow, the Blues are just one step ahead of the Lightning in this matchup. They’re currently second in their division, just four points behind Minnesota. St. Louis is seeking to bring some consistency back to their game, and Tuesday night might just give them that chance.

The odds are tight for this game. Even though the Lightning are coming into the game with more wins in their last five performances, there is no doubt St. Louis will have to take full advantage of their home ice to pull a solid performance as they continue to push higher standings with their 12th season win.