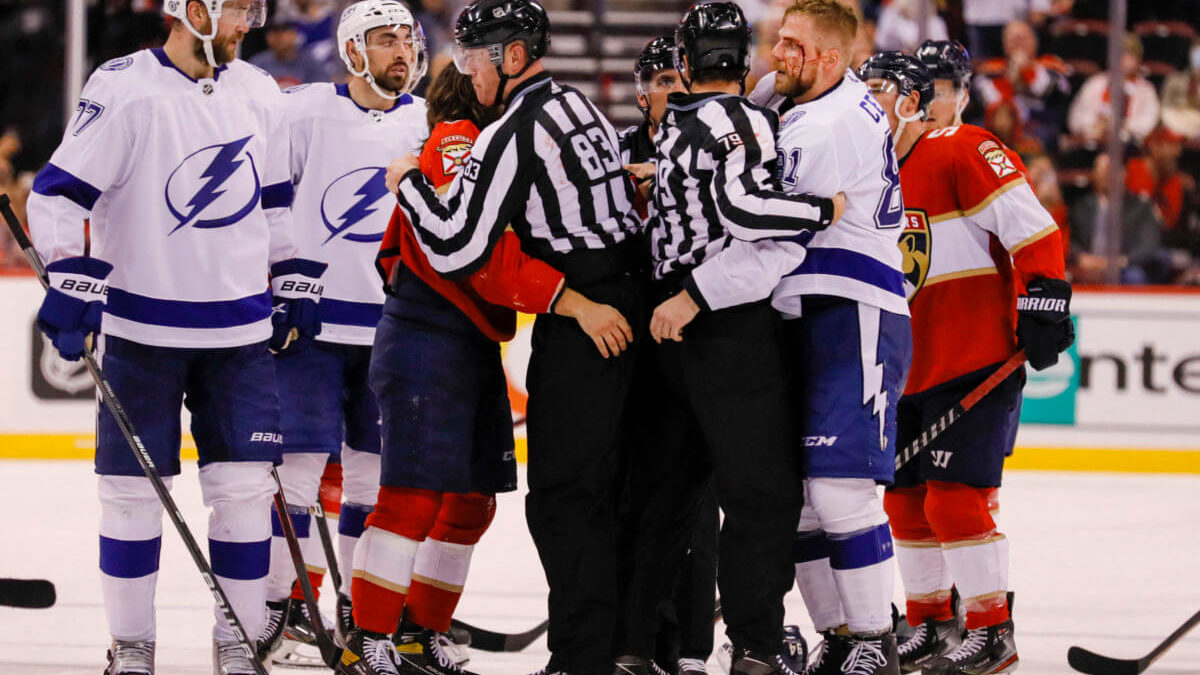 It might have seemed as if the series was tilted in the Maple Leafs’ favor. Still, the Tampa Bay Lightning arrived as the overall number three seed of the Atlantic Division and defeated the second seed in a 4-3 playoff series.

The playoff bracket will now feature two top Florida teams. The Lightning are ready to visit the Florida Panthers for the chance to go to the conference finals.

On one end, the Lightning might have reached the current stage of the playoffs as the underdogs. For the Panthers, standing as the top seed of the Atlantic Division simply gave them an extra boost of confidence to kill their series against the Washington Capitals in six games.

The Panthers are all set to now face the next stage of the playoffs and prove why they remain one of the favorites to conquer the NHL Championship title.

The Lightning have delivered top performances to reach this stage of the playoffs. Surpassing the Maple Leafs came as no easy challenge. Yet the Lightning has now found themselves facing one of the strongest and most consistent teams throughout the regular season.

Steven Stamkos and Victor Hedman have remained as the top two men on the ice for the Lightning. Stamkos leads Tampa Bay with 42 goals and 64 assists for 106 points. Hedman has also added a total of 65 assists throughout the season.

The Lightning might be reaching the last divisional playoff stage as an underdog. Still, it seems that stats and numbers have evened out, and the Lightning now have a chance to keep pursuing a Stanley Cup title.

There seemed to be very little the Capitals could do to stop the Panthers. But unfortunately, it turned out to be right. The Panthers killed the series in six games, and the Florida team is now ready to head on to the last final divisional playoff.

Jonathan Huberdeau has led the Panthers over the last stage of the season. Huberdeau is now standing with 85 assists and 30 goals for 115 points. Aleksander Barkov has also added 39 goals to the offensive drive the Panthers have been able to produce.

The Panthers remain the team to have achieved the most points during the regular season stage. That still places Florida as the top team in the current playoff series.

With a 24-15-2 road record, the Lightning appear to be ready to match up against the Panthers. However, Florida is now standing with a 34-7-0 home record.

The Panthers are also the fifth seed in the league with a 24.4% power-play percentage. Their numbers might not be the highest, yet the Panthers still stand as the most consistent team.

With odds in their favor, the Panthers should be able to take advantage of their home ice and pull the first win against Tampa Bay in the first stage of the conference semifinals.
Godds Pick/Prediction: The Panthers to win and the under hits.