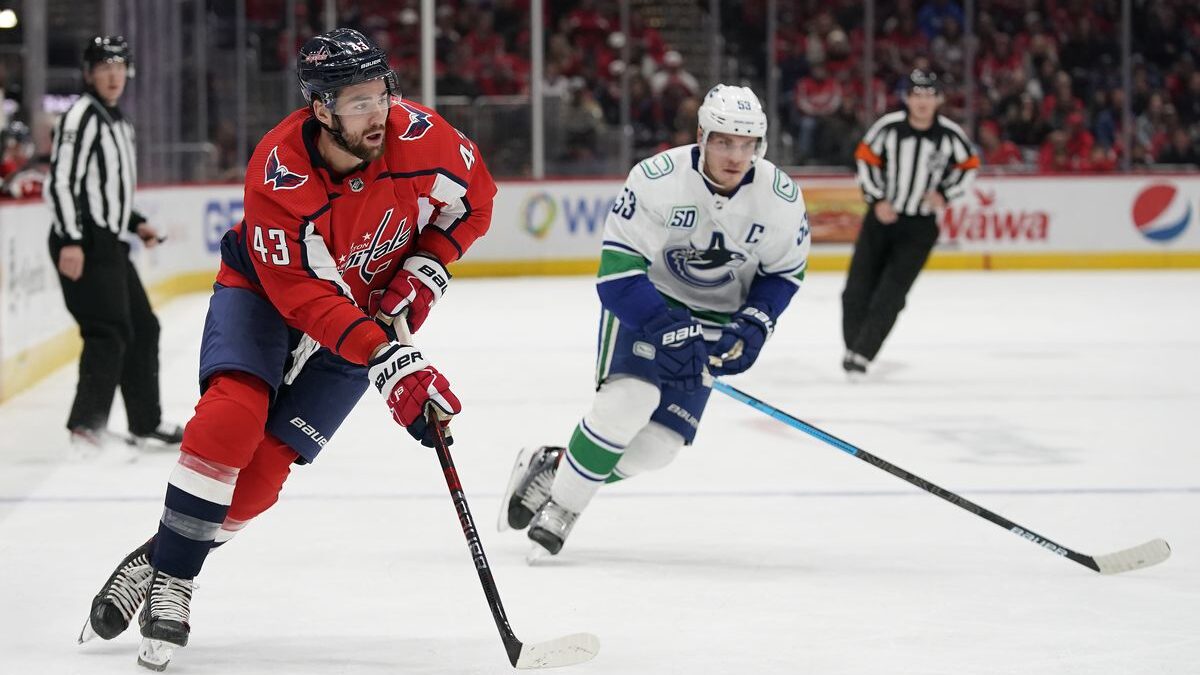 The Vancouver Canucks have not experienced the start to the season they had envisioned. The Canucks are now seventh overall in the Pacific Division and have still not won their first game.

However, slight modifications need to be made to the offense before it’s too late. The Canucks are ready to head to Capital One Arena and face the Washington Capitals this Monday night. As for Washington, the story is not so different.

The Capitals are now sixth in the Metropolitan Division. With a 2-1 record, they hope to have a last-minute change and prevail with more victories, especially at their home arena.

The Canucks have not yet experienced what it’s like to win during the regular season. Vancouver expects to make the most of every upcoming opportunity to straighten their current 0-2 record.

The Canucks opened the season against the Edmonton Oilers with a 5-3 defeat, followed by a 3-2 loss to the Flyers last Saturday. For the Canucks, J.T. Miller has become one of the top men on offense.

He is now leading Vancouver with two points, a goal, and one assist in just two official regular season games.

The Capitals also experienced a rough start to the regular season. Washington opened their 2022 campaign against the Boston Bruins and could not keep up during a disappointing 5-2 defeat.

The Maple Leafs also handed the Capitals a 3-2 loss in Toronto, proving that the Caps still had many aspects of their game they needed to correct. Finally, it was against the Montreal Canadiens that the Capitals couldn’t get their first victory with a 3-1 win.

With another chance to have a good performance in a home game, the Capitals are now looking to make the most of their upcoming matchup against the Canucks, with T.J. Oshie leading the team. Oshie now has one goal and two assists.

The Canucks are averaging 2.5 goals per game but are giving up four goals per night on defense. As for power plays, the Canucks are at 7.7 percent. This leaves Vancouver on the low end over the first two games.

The team believes it’s too early into the season to tell how the Canucks will fare in future games. As for the Capitals, a quick recovery has allowed them to stand with 2.33 goals per game and 3.0 goals against.

A 9.1% power play percentage might still prove insufficient for the Capitals to recognize that they are beginning to climb. What would prove otherwise is a victory in this matchup, which is what Washington is ready to pursue tonight.