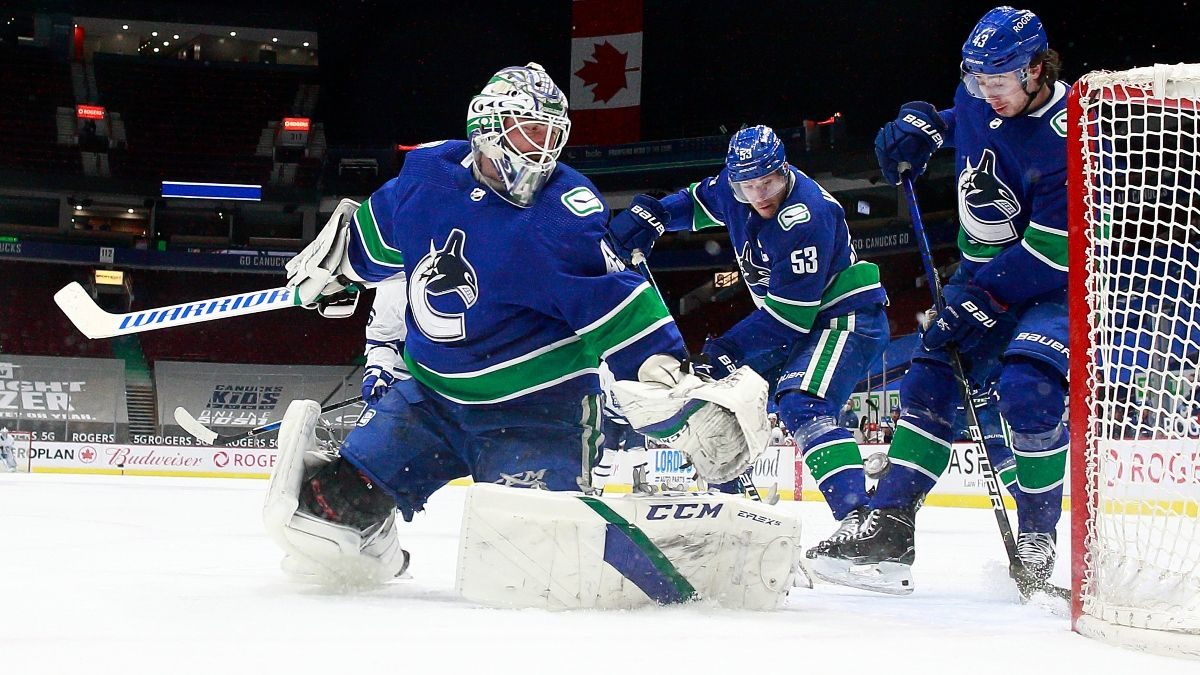 This Friday night, the Winnipeg Jets will be looking for their 14th win of the season when they face the Vancouver Canucks at Rogers Arena in Vancouver, BC. A fourth road win for the Jets would also help the squad improve their current 3-2 record in their last five games. In the fifth spot of the Central Division, the Jets are far from making headlines as Stanley Cup contenders, yet the team is still pushing to climb up the division standings.

The Canucks are now seventh in the Pacific Division and are on a similar path as the Jets. However, this Friday night, a win over their Winnipeg rivals will give them their third consecutive victory and add to their 4-1 record in their last five performances. Although far from a positive climb in conference standings, the squad is still motivated to finish strong, and a solid home performance over the Jets might just help them do that.

Jets Climb to Fourth in the Central

Before their matchup against the Seattle Kraken, the Jets were fifth in the Central Division. However, with a solid 3-0 win last Thursday night, the Jets were able to move up to the fourth spot in the division as they made their way to Vancouver.

Kyle Connor led the squad with two goals to help the Jets top Seattle. He also leads the team with 17 goals and 12 assists this season.

After last night´s win over the Kraken, Connor stated that the squad is filled with potential, and he’s not wrong. Jets´ Goaltender Connor Hellebuyck had an outstanding night after stopping 25 shots. Whether evident or not, the Jets have some genuine talent on their lines.

Currently, the Winnipeg squad is averaging 2.88 goals per game and is 18th overall with an 18.5% power-play percentage. Their defense has proven to be a vital part of the squad’s recent success. The team is eighth in the league with 2.62 goals against per game.

After a 2-1 win over the Boston Bruins and a significant 4-0 beating of the Los Angeles Kings, the Canucks are looking to stop the Jets’ winning streak. Still, this opportunity will not come easy.

Even though Vancouver was able to take a 3-2  win over their Winnipeg rivals on November 19th, the Jets might look at this opportunity as a revenge matchup as they play Vancouver for the second time in less than a month.

That night, Oliver Ekman-Larsson opened the scoring for the squad in the first period of the game, followed by Kyle Burroughs and Pierre-Luc Dubois, who scored goals in the second and third periods, respectively.

For the Canucks, it’s J.T. Miller who leads the squad with nine goals and 17 assists, followed by Quinn Hughes with 19 assists. The Vancouver squad averages 2.37 goals per game and is 19th on the power-play with a 19.1% average.

It appears that not even the Jets´ sudden climb in the division standings last night is making a case for the Winnipeg squad. As the odds slightly lean towards the Canucks, the Jets will have to have more than just a solid performance and perhaps even more convincing wins to prove that they deserve more respect.

Godds Pick or Prediction for the Game

Even though odds favor Vancouver, the Jets have come a long way to climb up the standings. Although their last five performances have shown the squad to be slightly inconsistent, their previous 3-0 win against Seattle might just give them the final push they´ve been seeking to deliver a factual statement on the squad´s expectations for the current season. Still, they will have to do so with a solid game against the Canucks.