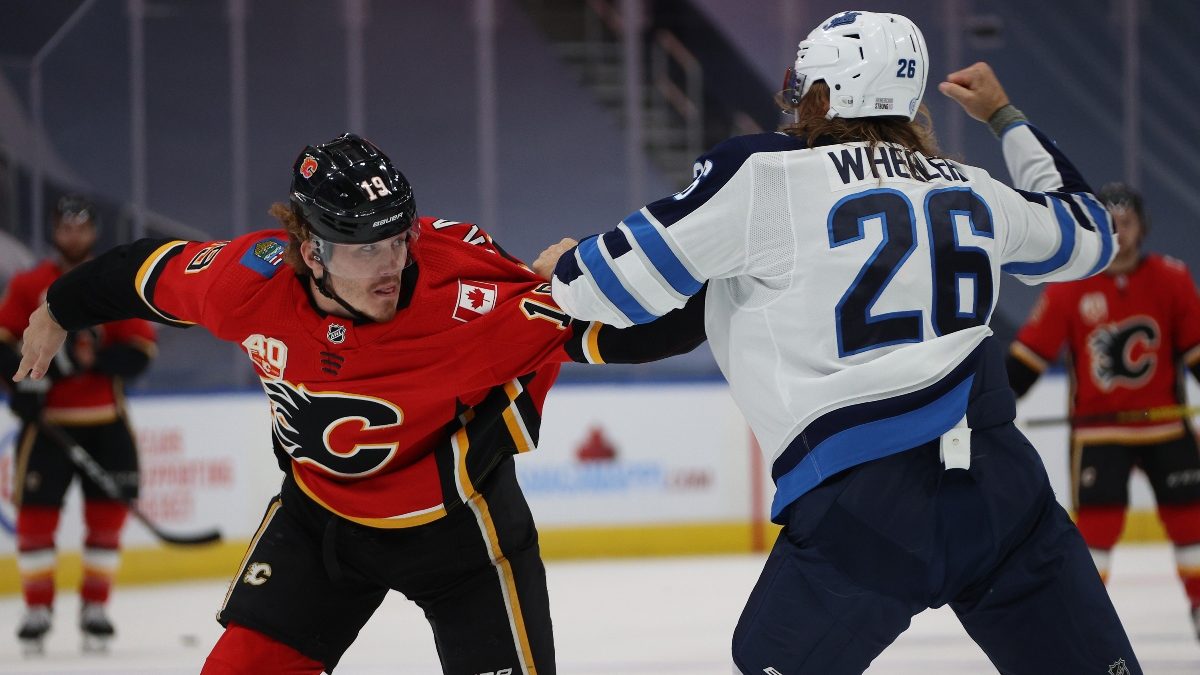 The red-hot Calgary Flames will host the Winnipeg Jets tonight as they go for their tenth straight win. They are also being challenged by the Las Vegas Knights for the lead in the Pacific Division, which they lead by two points. Their last defeat for Calgary was back on January 27, when they lost 5-1 to the St. Louis Blues.

Winnipeg is in sixth place in the Central Division and is 24 points behind the League-leading Colorado Avalanche. Their closest contender in the division is Dallas, who leads them by four points in the standings.

This is the second matchup of the season between these two teams, with the Jets being triumphant 4-2 in their first meeting on November 27 in Calgary. Winnipeg is now looking for revenge.

Winnipeg Needs To Put Wins Together

The Jets had won two straight games before losing to the Edmonton Oilers 4-2 on Saturday night. Kyle Connor and Adam Lowry both had goals for Winnipeg in the loss. Since losing six games in a row, Winnipeg is 5-3-1 in the last nine games but has been unable to make up any ground in the division standings.

Connor leads the Jets team in scoring this season with 54 points on 29 goals and 25 assists. C Mark Scheifele is a distant second on the team with 40 points, with five of his 17 goals coming on the power-play.

Unfortunately, the team hasn’t gotten great support from their goaltending this season, as Connor Hellebuyck has underperformed with a 17-17-7 record and 2.82 GAA.

The Calgary Flames have gone far beyond expectations in February, as they go for their tenth straight win in today’s matchup. The team was 3-6-0 in the nine games before the streak and hasn’t lost in over three weeks. Elias Lindholm has been leading the team on the current streak as he has scored goals in seven straight games.

The Jets are now 5-10 straight up in their last fifteen games, and the total has gone over in ten of the previous fifteen games they’ve played against the Western Conference.

For the Flames, the total has gone over in six of their last eight games, and they are 9-0 straight up in their last nine games on home ice.

The Jets have been disappointing since falling in the standings during January. They have somewhat turned things around recently but now must face a Flames team that doesn’t look like it’s slowing down anytime soon.