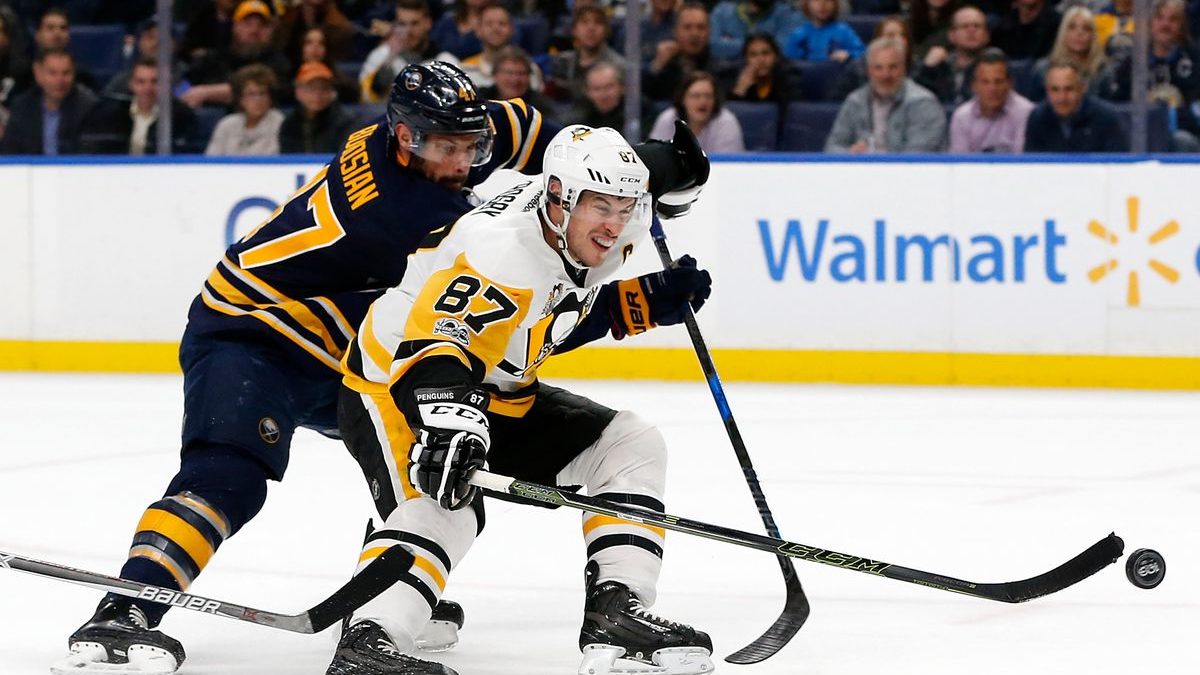 The Pittsburgh Penguins will attempt to pick themselves up and shoot for more compelling wins as they prepare to play the Buffalo Sabres at PPG Paints Arena on Tuesday night.

The Pittsburg squad may now be ready to redeem themselves after quite a dark weekend and after having accumulated two losses, both Saturday and Sunday. As they continue to climb up the Metropolitan Division, their Buffalo rivals are looking for chances to build up winning momentum and continue to draw positive attention towards a mildly talented roster.

Both teams are coming out of sharp losses this weekend and looking to leave their recent unsuccessful performances to continue climbing up their corresponding divisions. Both teams have played ten times so far in 2021, and the Penguins are far looking like the squad to favor with an 8-2 record over their Buffalo counterparts.

The Sabres, currently featuring as one of the Conference underdogs, will attempt to hold on to their last victory over the Penguins, which now dates back to April of this year.

Buffalo’s Luck Continues to Wear Down

With a 1-11 away game record, the Sabres are not looking as sharp as they did at the beginning of the season. Still, drawing the wrong attention is also not the best way to motivate Buffalo locals as the squad led by coach Don Granato has outperformed expectations.

Yet, the bar was not placed quite right, to begin with. With a 6-6-2 record, the Sabres are attempting to bring back some of that initial chemistry that led to solid performances coming from a team that lacks top-season talent.

Still, the question remains whether the Sabres can leave a 1-5-1 record in the last seven games and a recent loss to darken this last weekend. What does leave some light at the end of a struggling road was the winning performance delivered on Friday after Buffalo walked away with a 3-2 win over the Edmonton Oilers, just a day before a tight 5-4 loss to the Maple Leafs.

The Sabres are sure looking to find some consistency again in the next games to come.

The Penguins remain out shadowed by two consecutive losses this last weekend. First, the Pittsburg squad was slammed with a 6-3 defeat to the Ottawa Senators on Saturday, followed by a 6-1 loss to the Washington Capitals.

The squad was hurt by COVID-19 protocols that took a toll on their initial lineup on Saturday, and the remaining pieces made their comeback on Sunday. A sharper loss proved the team’s turmoil is not merely linked to their lineup only.

Currently, the team stands 1-2-2 in their last five performances, yet it continues to set itself for a season turnaround that will allow them to climb up their current division stand. The roster has and continues to draw confidence from fans that their team can still outperform the current 5-5-4 season record.

Talent is what still may be keeping the Penguins on the race to aim for brighter winning streaks.

Buffalo may be looked at for achieving some great performances given their roster, yet talent is still on the side of the Penguins. So far in the year, the Penguins are 8-2 against the Sabres, and this stacks them above their Buffalo rivals.

So far, the total has gone OVER in five of Buffalo’s last six games, while the Penguins are 1-4 SU in their last five games.

Despite having positive spreads stacking up against the Penguins, the Sabres are looking like the potential winners of Tuesday’s showdown.

However, talent once again remains over at Pittsburgh. With an 8-2 record against Buffalo, they sure look sharper to take on the Sabres in their home arena.