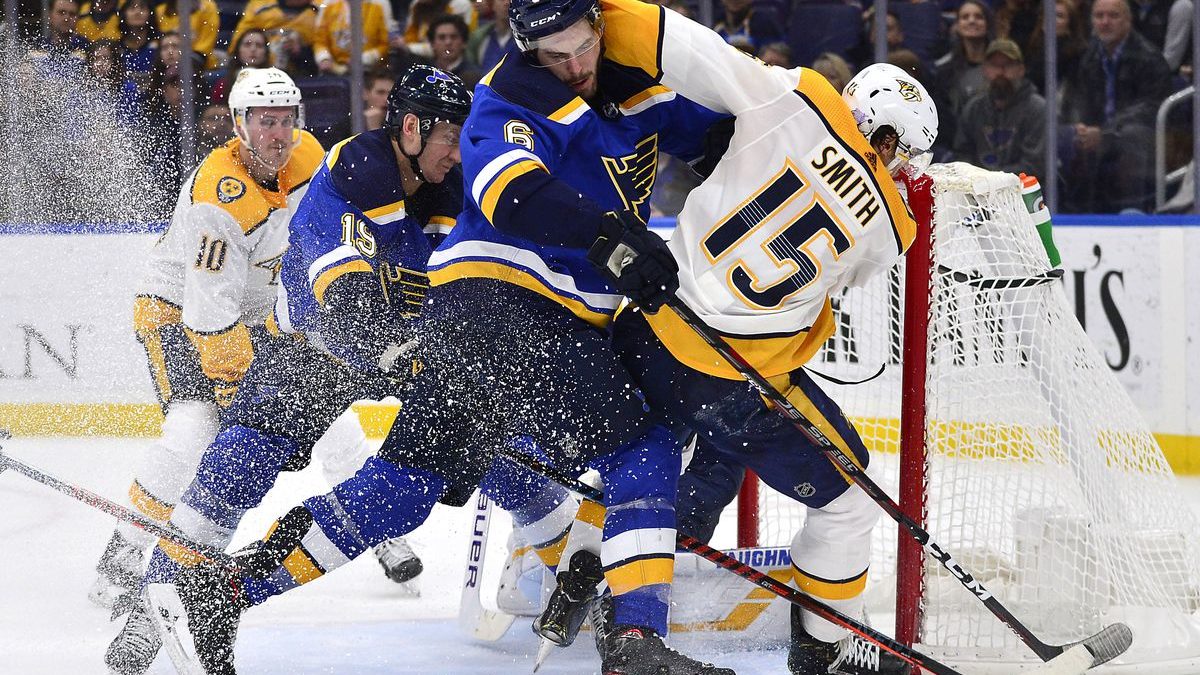 Thursday night, the Predators are going on the road to play the dominant Blues. Coming off a win against the Dallas Stars, they are looking to defend at home against one of the most powerful teams in the league. The Blues are holding a record of 8-2-1 with 3-1 playing at home, looking to get familiar with playing more frequently in their own arena as the schedule will do for the next upcoming games.

Unfortunately for the Predators, they are carrying a four-player injury list that includes Nick Cousins, Filip Forsberg, Mark Borowiecki and Luca Sbisa. However, their opponents have an even more extensive list of injuries, as well, with a total of six players that will not be available in this game. This matchup is for the rankings and has a lot of expectations from both, which makes it one of the most exciting games to watch this week.

The Predators this season have been going up and down for their wins and losses. They are currently holding a record of 7-5-1 to place number 3 in the Central Division that has been particularly under the Blues dominance. Roman Josi has been leading Nashville with 12 points and eight assists, along with Matt Duchene with five goals.

The Predators are averaging 2.69 goals per game with 2.54 against. This next game will be their opportunity to overcome the even conditions they have been experiencing during this season to climb up the rankings and place themselves higher in the Division by pulling the upset against one of the teams-to-beat currently. A win against the Blues will generate the momentum the Predators need to get closer to a more competitive position for the ultimate goal.

Playing at home, the Blues have shown that they can get the wins not only on the road but can make sure the fans also celebrate at their own stadium, having lost only one game this season. Being at the very top of their Division, now it is time to play against one of the ranked opponents to make a statement and maintain the leadership at any cost.

One of the Blues’ biggest concerns has been the health and how the injuries have affected them the most. In this game, they will lose a considerable amount of players that may still need more time to recover and get back to the season.

The young St. Louis star has 12 points and nine assists so far. With David Perron leading the goal count with six, the Blues are also in the top power-play percentage with 33.3% per game.

In their last five games, the Predators have won three, with one draw and a win for the Blues in February 2019. This season, however, the Blues have outperformed the Predators completely as they are above in the standings with a two-point difference and Nashville with one less win and three more losses than the Blues.

St. Louis will get the win at home in this game against the Predators to extend its current leadership status even further away from the number three ranked. Even with all the injuries, the Blues are still a solid team that is coming off a win against Winnipeg and would like to move on to the next.