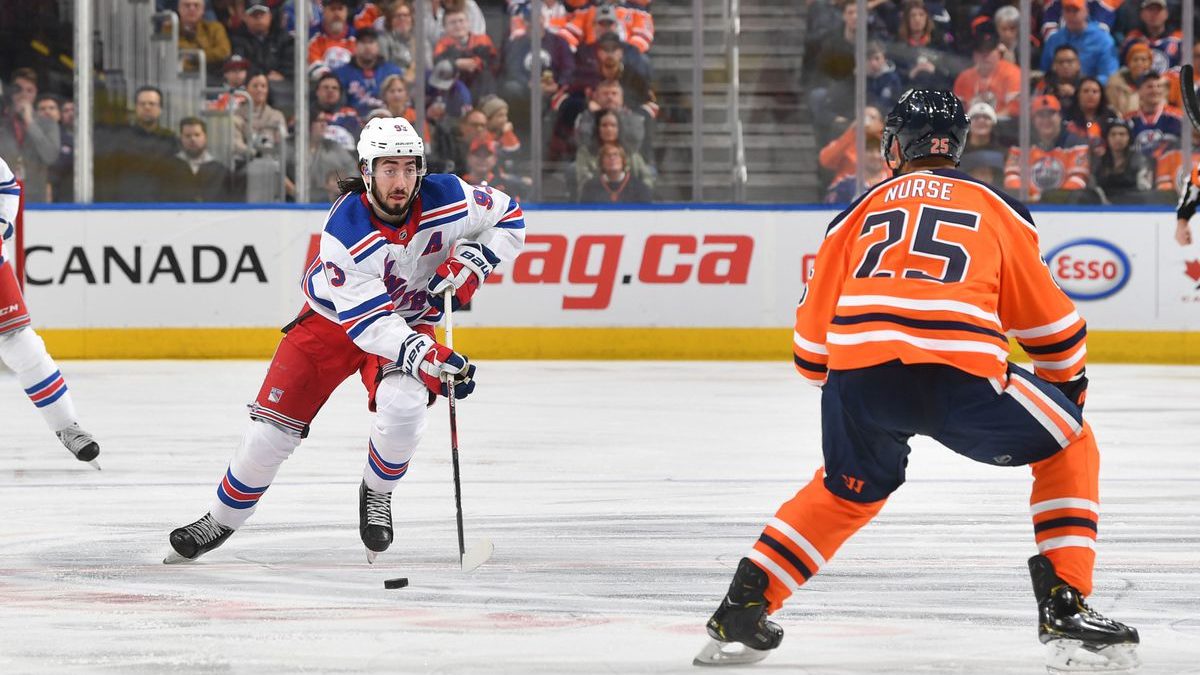 One of the many things that mark the Oilers’ good performance during this season is that even their less-outstanding players have given something to talk about.

The Oilers are 8-1 so far this season and also have the NHL‘s leading two scorers – Connor McDavid and Leon Draisaitl. This power could continue to propel the team to produce multiple wins throughout the rest of the season, possibly into the Stanley Cup challenge.

On the other hand, the Rangers also had some good news when it was recently confirmed the renewal of Adam Fox, winner of the Norris Trophy last season for best defender in the league.

They will remain united in their journey through the NHL until the end of the 2028-29 season. The $66.5-million contract is the largest amount ever signed by a defenseman after his entry-level contract expires.

New York Rangers want to get oil out of Edmonton

The announcement of Fox’s renewal has awakened spirits in the Big Apple. The fact is that the defender, with his recent renewal, joins a select club of young defenders, all under 25 years of age, who have signed substantial contracts this year.

This list includes Charlie McAvoy, Zach Werenski, Cale Makar, Miro Heiskanen, and Quinn Hughes, whose contracts are more than deserved, given the display of talent of these players.

Fox has scored nine points in nine games this season, with an average ice time of 24 – 16 per game. He also scored the game-winning goal against the Seattle Kraken last Sunday and isn’t slowing down.

New York currently sits in second place in the Metropolitan Division with 14 points, despite entering Rogers Arena against the Canucks and losing.

They’ve won six of their last seven games, including the 3-1 win against the Kraken on Halloween. That was good for another boost to the team’s position.

The Oilers’ hot start has led them to impressive individual and team marks. Leon Draisaitl had two goals and an assist in the team’s 5-2 win over the Nashville Predators this week, moving him to the top in NHL scoring, just slightly ahead of teammate Connor McDavid.

Kailer Yamamoto, Devin Shore, and Jesse Puljujarvi, with an empty-net goal, also scored for the Oilers (8-1-0), who have won three straight games. Edmonton starter Mikko Koskinen stopped 31 of 33 shots to pick up the win. The Oilers have won eight of their first nine games of a season only once before in 1985-86.

The Oilers have also been able to convert on power plays, which has made a big difference in their success. They’ve scored with the advantage in nine straight games, setting themselves ahead of the pack.

Add Ryan Nugent-Hopkins’ ability to pick up assists, currently at 13, and Edmonton seems to have all the pieces in the right places.

The Rangers have seen the total stay under in eight of their last nine games. They’re 6-2 straight up (SU) in their last eight games and 1-4 SU in their last five games against Edmonton.

Oilers are coming into the match as favorites on the back of four wins in the last five games. Plus, they are on a good streak against the Rangers.

Despite giving a great effort, the Rangers were unlucky against the Canucks and could give in to the Oilers’ pressure this Friday night.