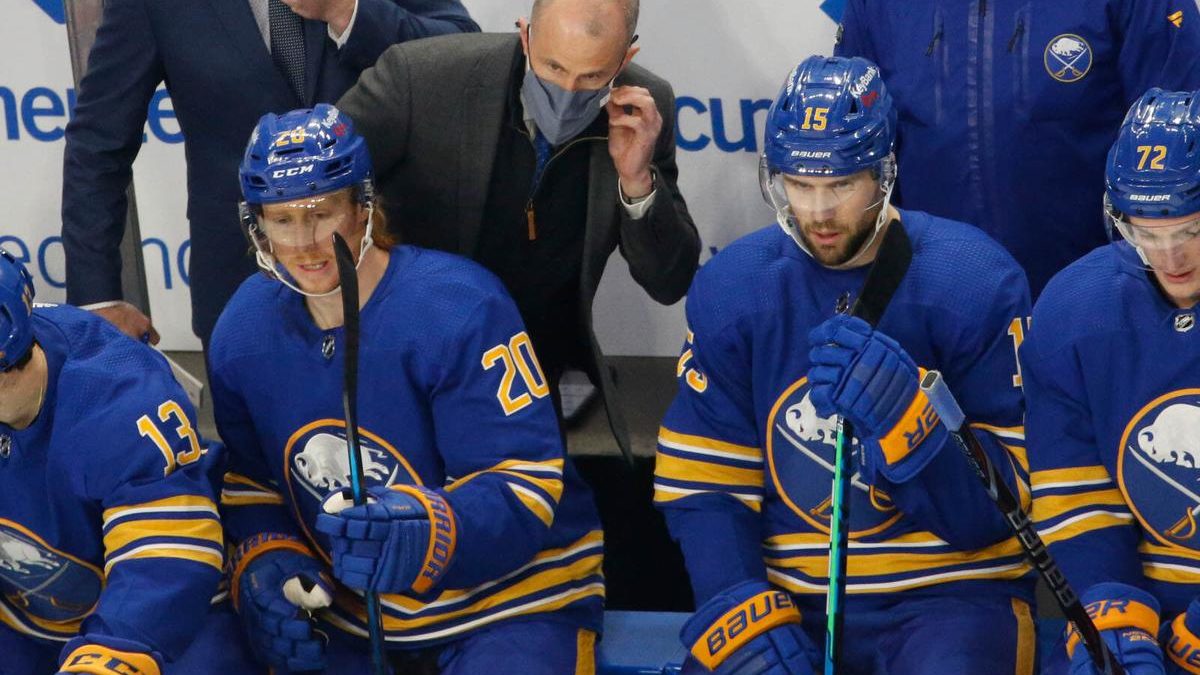 The Sabres are undefeated through their first three games of the season and find themselves as a big underdog at home. The season is just getting started, and the Bruins will be put in a position to possibly hand the Sabres their first loss.

It was not that long ago that veteran key player Linus Ullmark was on the opposing team. Ullmark spent the first six years of his career with the Sabres before signing a four-year contract with the Bruins this past off-season. It’s a deliberate move on the Bruins part to announce him as their starter well in advance of his Friday night homecoming.

Ullmark gets his first start of the season on a typically strong Bruins squad. Boston put up above average stats through their first two games, posting consecutive expected goals for percentages above 56.5% across all strengths.

In their most recent outing, the Bruins were particularly dominant by out-chancing the Philadelphia Flyers 16-5 in high danger chances and 38-20 in scoring opportunities. That was a pronounced difference between their first game of the season, in which they attempted just 25 scoring and five high-danger chances.

The difference, of course, was Boston played with the lead against the Dallas Stars in their first game and trailed Philadelphia from start to finish in their second game. It is a balance worth monitoring throughout the Bruins schedule.

It’s the first night of a back-to-back for the Sabres, which means goaltending usage will be a critical component to this matchup. Staffing has mentioned that Dustin Tokarski should get the start, saving primary goalie Craig Anderson for Saturday.

Tokarski took the path less traveled to get to the Chell, playing just 48 games in the league since getting drafted in the fifth round of the 2008 draft.

The 32-year-old has a 90.5% save percentage with -9.5 goals saved above average in his big league career. Tokarski looked sharp against the Arizona Coyotes but will face a much different challenge against the Bruins. It helps that Tokarski has a much improved Sabres team skating in front of him, though.

Buffalo has allowed 19 high danger chances at five-on-five through three games this season. Consequently, that has resulted in expected goals for a percentage above 60.0% in all three games. This isn’t the Sabres team of seasons past, and they are coming to compete every night.

The Oddsmakers set the Bruins at -190, despite the Sabres’ 3-0 start. The Over is 4-0-1 in the Bruins’ last five when their opponent scores five goals or more in their previous game and 3-0-1 in their last four games playing on one day’s rest.

The Sabres’ luck may be running out, according to oddsmakers, as they are listed as a heavy underdog getting +170 on the money. The Over is 5-0-1 in their last six games as a home underdog and 4-0 in their last four games playing on two days’ rest.

The Under is 2-0-2 in the Sabres’ last four vs. Eastern Conference teams, and the team is 4-0 in its last four after allowing two goals or less in their previous game. Sabres are 5-0 in their last five games as a home underdog.

Godds Pick or Prediction of the Game:

This line has opened up -190 for Boston on the road. Expect the Bruins to play a neutralizing game, focusing on defensive structure rather than playing a style of a hit and run game.

That should result in a low-scoring contest between these division rivals, taking longer than 60 minutes to resolve. Under 5.5 is the projected view on this one.