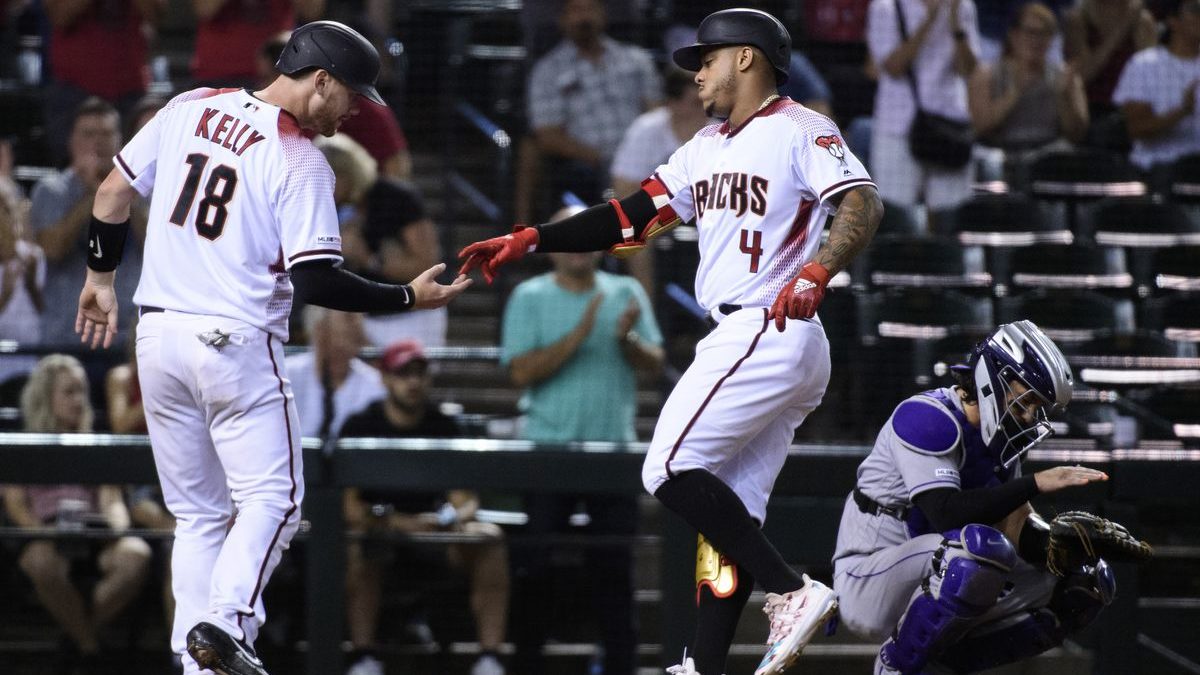 The Diamondbacks and Rockies face off for Game 2 of their weekend series this evening in Denver. The NL West rivals have a long battle ahead.

The D’backs and Rockies meet again tonight after Arizona won a decisive 9-3 victory in Game 1 on Friday. Colorado is in last place in the division with a 33-44 record and is two games behind the D’backs after losing two straight games. Arizona most recently took two of three games from the San Diego Padres before this series.

This is the second series this season between these two teams. Arizona won the first series 2-1, and they will be seeing each other a lot in the next week or so as they are scheduled to meet six more times. Whoever puts together a winning streak can put some distance between themselves and last place in the division.

The D’backs have put together a few wins since a five-game losing streak and have now won three of their last four games.

They recently split a pair of games against the San Diego Padres after losing two of three at home against the Detroit Tigers. They hit three home runs in last night’s victory and hope to wrap up another series win over Colorado this season.

Christian Walker is the leader at the plate for Arizona. He leads them with 19 homers and 40 RBIs, while Ketel Marte is the best on the team in batting average at .260.

Merrill Kelly is leading all pitching categories for the D’backs and has seven wins with a 3.46 ERA and 74 strikeouts. Dallas Keuchel makes his tenth start tonight on the mound and is 2-5 with a 7.49 ERA in 2022.

Although Colorado has the worst record in the NL West, they have played well on their home field, where they are 21-21 and have had a winning record for most of the season.

The last time they lost three straight at home was on June 16. They were able to make up a little ground in the division standings after taking two of three from the first-place Dodgers in the last series.

C.J. Cron has been Colorado’s leader at the plate this season and leads them with 17 home runs and is tied for fifth in the Majors in RBIs with 56.

Jose Iglesias is at the top in batting average for the Rockies at .296. Chad Kuhl has been the top pitcher on the mound for Colorado. He’s first in wins with a 5-5 record and has a 3.49 ERA, and German Marquez is the team’s strikeout leader with 70. Austin Gomber gets the start tonight for the Rockies and is 3-7 with a 6.55 ERA on the season.

There will be a lot of runs scored in this matchup as the Rockies hope they can stay above .500 at home with a win tonight. The D’backs hope they can get their second straight win and continue their dominance of Colorado this season.

Godds Pick/Prediction: The Rockies will win, and the total goes over.