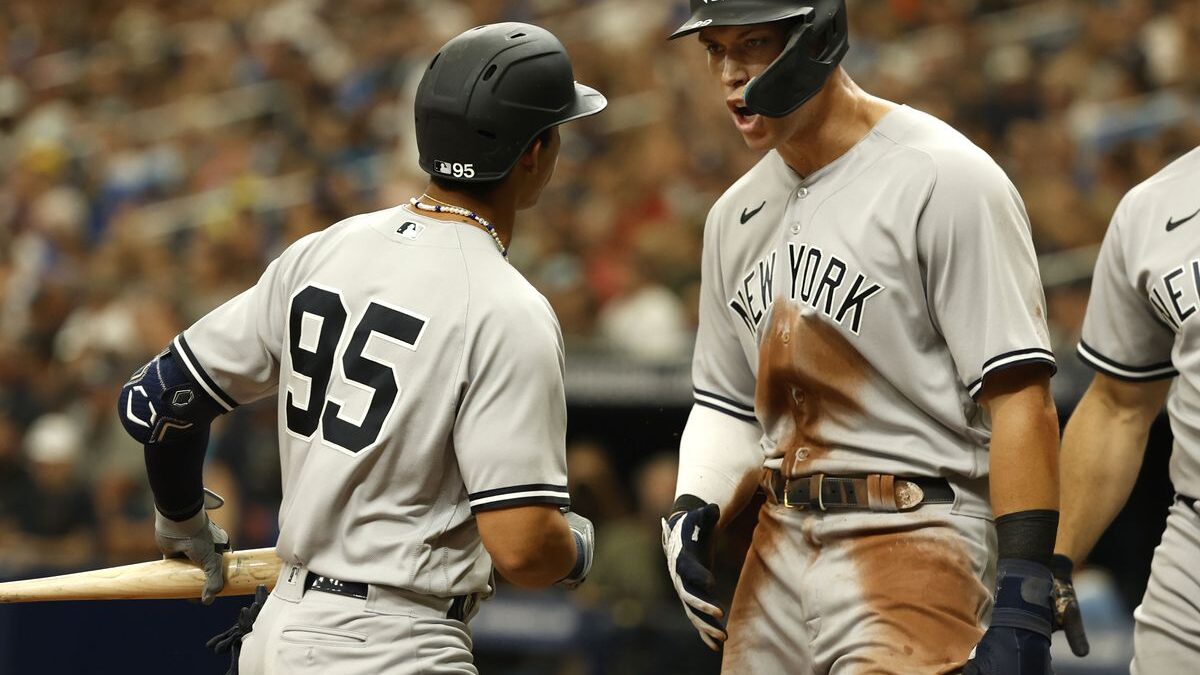 The Twins and Yankees clash again tonight at Yankee Stadium as the home team goes for the series sweep with a win.

Aaron Judge hit his Majors-leading 55th home run as New York took both games of yesterday’s doubleheader. However, their lead in the AL East standings is now down to five games over the Tampa Bay Rays.

The Twins spent most of the first half of the season in first place in the AL Central standings and have been fighting with the Cleveland Guardians for the top of the division since.

Minnesota trails by two games and is currently tied with the Chicago White Sox for second place with about a month left in the regular season.

The Twins are fortunate to still be within two games of the division lead after losing their third straight game. Unfortunately, they’ve also lost six of their last seven contests after the Boston Red Sox ended a five-game winning streak.

They’ve also been dealing with a few injuries but are hopeful that Bailey Ober and Randy Dobnak can return in the next couple of weeks.

Luis Arraez is the best at the plate for the Twins, hitting .314 and leading the team in RBIs with 60. Byron Buxton is first on the Twins in home runs with 28.

Joe Ryan is Minnesota’s best player on the mound, with ten wins and 124 strikeouts, and Sonny Gray returns from the injured list to make his 22nd season start and is 7-4 with a 3.10 ERA.

Yankees Holding On To First Place

The Yankees have been in a significant slump in the second half of the season but have had recent success at home. They’re 3-0 on this current homestand and go for their seventh straight at Yankee Stadium tonight. Gerrit Cole was outstanding in last night’s victory, striking out 14 batters against the Twins in their 7-1 win.

Aaron Judge has dominated opposing pitchers this season. He leads the Yankees in average hitting .301 while leading the majors in home runs, and has 118 RBIs, which is also the best in baseball. After his win last night, Cole has 218 strikeouts and a 3.20 ERA to lead his team.

Jameson Taillon has the most wins for starting pitchers, with 12 on the season. Nestor Cortes starts tonight for New York and is 9-4 with a 2.68 ERA.

Both pitchers in tonight’s matchup should be fresh, as both are coming off the injured list to start tonight’s contest. Minnesota should consider this game a must-win situation and can’t afford a late-season slump if they hope to make the postseason.