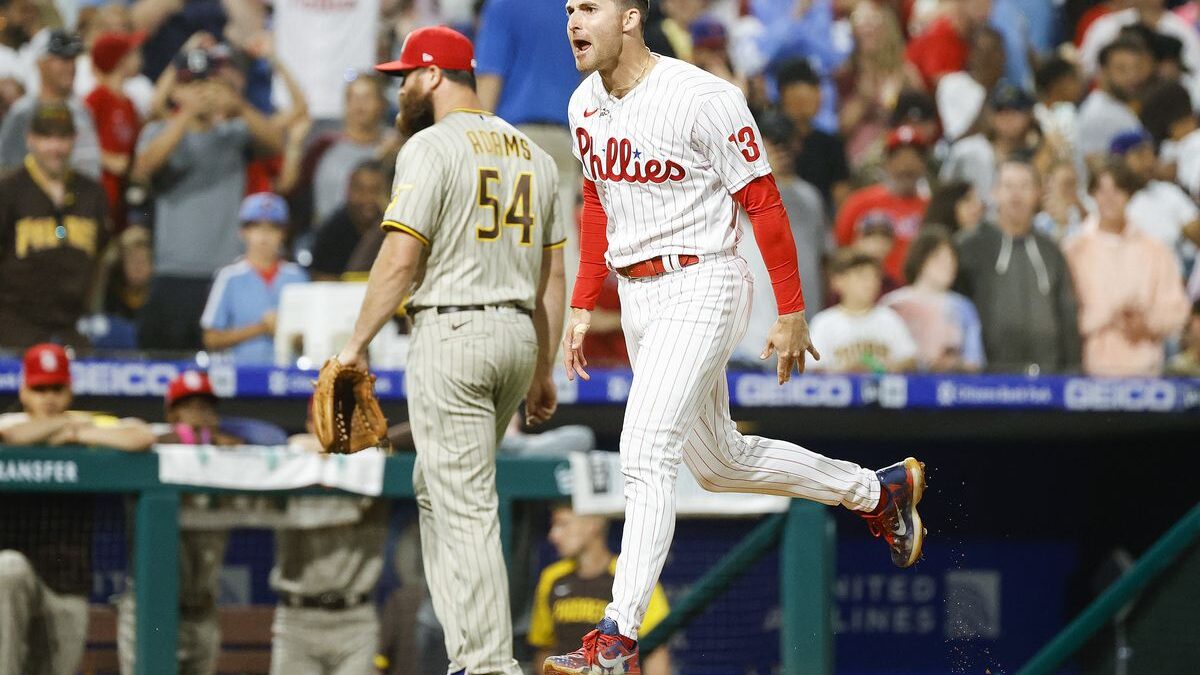 The San Diego Padres are still the top seed in the National League Championship Series. The Padres managed to surpass the best team in the league.

However, they are now facing one of the strongest underdogs of the competition. Ready or not, the Padres are now heading over to Citizens Bank Park to face the Philadelphia Phillies for Game 3 of the championship series tonight.

The Phillies are still fighting to prove that they are no longer underdogs. They made it past the St. Louis Cardinals and the Atlanta Braves to prove that they are one of the strongest teams in the league and are now ready to take on the Padres at their home field and potentially break away from a 1-1 series.

The Padres did not have the strongest start in the series against Philadelphia. Despite kicking off the series in San Diego, the Padres were unable to prevent a 2-0 defeat in Game 1.

San Diego didn’t have much of a choice but to pick itself up and dust itself off. That is exactly what San Diego managed to accomplish with an 8-5 win in the second game.

Once again, the Padres will be looking over at Manny Machado to lead the offense and take a solid win on the road. Machado continues to lead the Padres with a .298 batting average, 32 home runs, and 102 runs batted in.

Schwarber’s Phillies After a Couple of Home Wins

If the Phillies needed to prove anything, it’s that they can still match up against a top rival. Not only did they face the Padres in San Diego and deliver a solid performance, but they also took a win away from their NL rival.

The Phillies have truly gone above and beyond to make a name for themselves and have the perfect chance to take the lead over San Diego in the series.

For Philadelphia, Kyle Schwarber has been the key offensive player and is now standing with 46 home runs and 94 runs batted in.

The Padres are still second overall in the league with 84 quality starts and eighth with a .318 on-base percentage.

The Phillies, on the other hand, are now seventh overall in the league with 747 runs and sixth with a .422 slugging percentage. Both teams are more similar than they think, and it seems as if no MLB expert would have envisioned these two reaching this stage of the season just a few weeks ago.

The Padres still have the advantage over their rivals. However, the Phillies have continued to prove that they are much better in the postseason than their regular season record indicates.