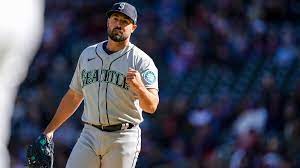 With two more games left in the series, the Seattle Mariners are looking to get back at the Chicago White Sox today. For the Mariners, it’s been an inconsistent start. Two straight wins over the Twins allowed the team to open the season on a positive note.

Yet, Minnesota returned and took two wins over Seattle to level up the numbers. Two defeats followed by a 3-2 loss to Chicago yesterday to open the second series have left the Mariners on a negative streak.

For Chicago, the story is different. The White Sox are now 3-1 on the season and leading the AL Central. This has allowed Chicago to take an early edge they will be willing to defend.

With two wins, a loss to the Detroit Tigers, and a win to open the series over the Mariners last night, the White Sox are on a solid streak.

Mariners Look to Get Back to a Positive Streak

The Mariners are now fourth in the AL West behind Houston, Los Angeles, and Oakland. From here on, the road just keeps getting steeper. The White Sox proved this last point to the Mariners last night.

Still, getting over a 3-2 defeat is something Seattle can handle. Robbie Ray has become the main man for Mariners on the pitching end. Ray now has a 1.29 earned average run and one win.

Logan Gilbert has also stepped up to support Ray by nailing seven strikeouts. Still, overcoming the White Sox at Chicago might prove to be challenging. But, with a potent combination in the pitching rotation, Seattle might be able to get back at it today.

The White Sox are now on a three-game winning streak. Their numbers are solid, and Chicago is looking to lead the AL Central once again. Now it’s a matter of holding on to that lead spot and sustaining solid numbers over the coming games.

For Chicago, Dylan Cease has proved to be a solid piece on the pitching lineup. Cease is now standing with one win and eight strikeouts. The challenge will be to sustain that positive momentum.

That implies that Chicago has been strong at home. Yet, except for the season opener, the White Sox got back at Detroit. With a 10-1 win in the third and last game, Chicago proved that an opening defeat was just part of a lacking momentum.

The Mariners are now looking to get back at White Sox for last night’s win. The total has gone under in four of their previous five games for Seattle. As for Chicago, the total has gone over in five of their last seven games.

Despite a win last night, the Mariners hope to have what it takes to power through Chicago’s pitching lineup and even their current season record.

However, the White Sox are leading with strong odds and appear to have everything it takes to surpass Seattle this afternoon.Godds Pick/Prediction: The White Sox to win and the under hits.