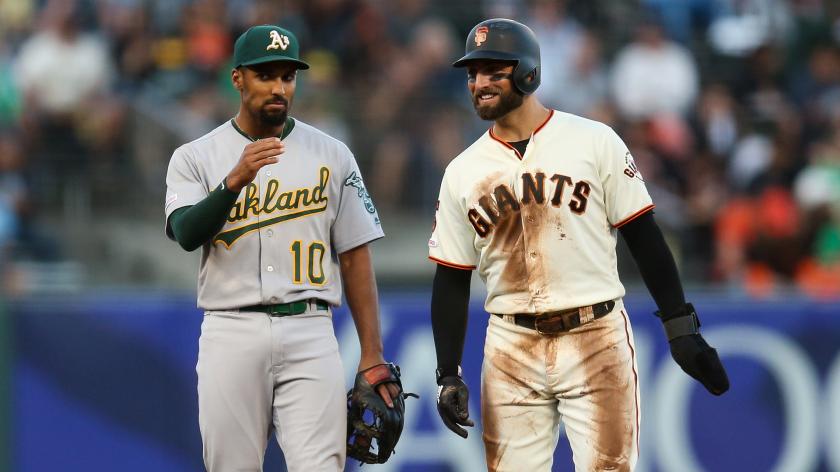 The Giants head to Oakland to face the Athletics today. They will attempt to stop a recent losing streak while the A’s attempt to keep climbing. Continue reading: Giants at Athletics Betting Picks.

San Francisco has tried to remain in third place in the NL West. They have done so, and a 51-55 season record has allowed them to keep that mid-level position.

Still, San Francisco is currently facing a challenging streak, and the gap between them and the second-place team has widened. It’s now time for the Giants to deviate from a disastrous path.

The Giants are ready to head to the Oakland Coliseum and face the Athletics this Saturday afternoon. For Athletics, the story has sadly not changed. The A’s are still at the bottom of the AL West division.

With a 41-66 season record, they are now just attempting to narrow the difference between them and the teams above them. For that, the A’s will need to pull together a solid effort and surpass the Giants at their home field this afternoon.

The Giants have had one of the most challenging streaks in the last few weeks. San Francisco is now 1-4 in their previous five games. Unfortunately, that has also translated to four straight defeats against one of the best teams in the league.

Just because those four defeats were against the Los Angeles Dodgers doesn’t imply the Giants can’t still do something about it. However, starting a change against one of the weakest teams in the league might be a start.

Carlos Rondon remains at the top for the Giants. Rondon is now leading in pitching with a 3.00 earned run average and 158 strikeouts.

Although most would still place an urgent change as not beneficial for the A’s at this stage in the season, there is still time for Oakland to do things differently.

The A’s are still at the bottom of the division standings. Yet, the Los Angeles Angels are now just four wins away from them. The Texas Rangers are also trailing close with a six-win gap that might still allow them to move forward.

Sean Murphy will need to step up on the field for the A’s. Murphy now leads Oakland with a .244 batting average and 47 runs batted in. In pitching, Cole Irvin is now leading with a 3.04 earned run average.

As for Oakland, the story is quite different. The A’s are now 17-33 in home games. For the A’s, it’s all about gradually regaining momentum. Yet, they won’t be able to do so against the Giants.