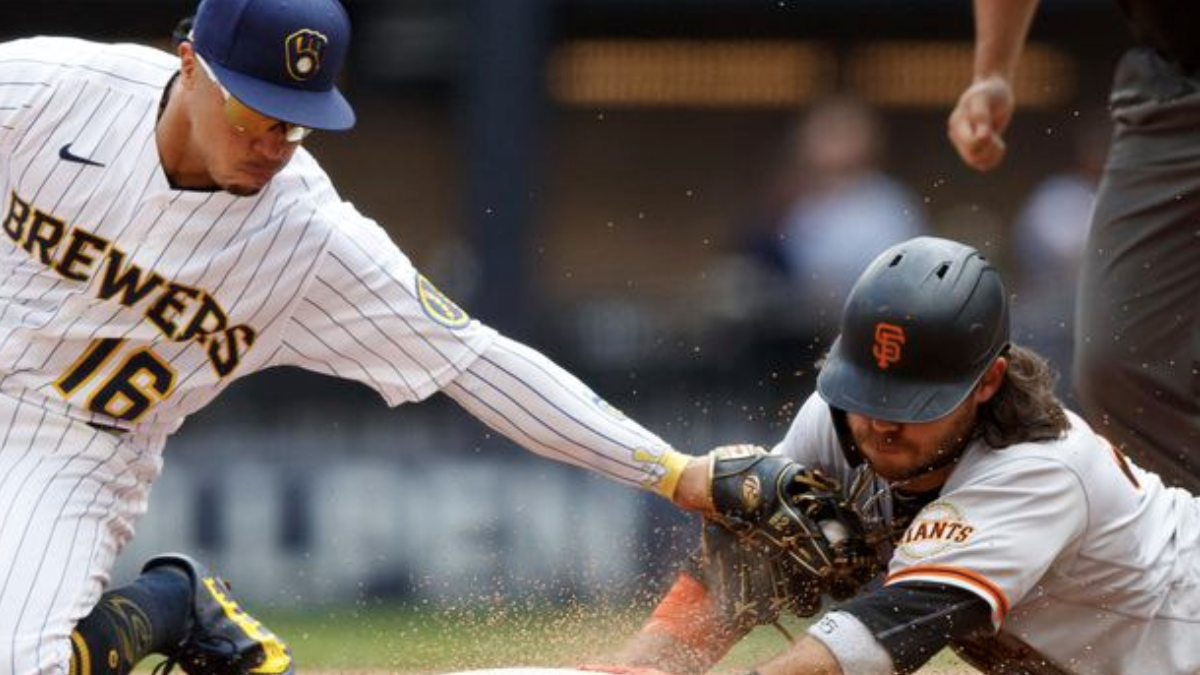 The Brewers and Giants play the final game of their four-game series this afternoon. The Brewers are holding onto a slim lead in their division standings. Continue reading: Brewers vs. Giants Betting Picks.

The Brewers and Giants meet this afternoon again at Oracle Park. Milwaukee has been struggling recently and is holding onto a slim one-game lead over the St. Louis Cardinals, who have recently slumped in the NL Central. They are 3-6 in their last nine games, but it seems like no team in the division wants to challenge them for first place.

San Francisco has been trying to close the distance between themselves and the first-place Los Angeles Dodgers in the NL West Division and is in third place, 13 games behind the hottest team in the National League. They also trail the second-place San Diego Padres by 4.5 games for second place.

The Brewers haven’t been lighting up the scoreboard lately and haven’t won a series since taking two games from the Tampa Bay Rays at the end of June.

They split the first two games of the series 3-2 in ten innings but lost in dramatic fashion in Game 3 as the Giants broke a tie in the eighth inning to score on a bases-loaded walk, which was the difference in the game.

Willy Adames is the home run leader for the Brewers with 18, Andrew McCutchen is the best in batting average at .257, and Rowdy Tellez is the team’. ‘s RBI leader with 55 on the season.

Corbin Burns is the ace of the Milwaukee pitching staff with seven wins, a 2.14 ERA, and 144 strikeouts, which is second in the Majors. Jason Alexander takes the hill for the Brewers today and is 2-1 with a 4.73 ERA.

The Giants have recovered somewhat from their recent six-game losing streak and have won six of their last ten games overall.

However, they’ll have difficulty catching up to the Dodgers, who again seem unbeatable since winning nine of their last ten games. They’re hoping to win tonight to take the series from Milwaukee.

The Giants are led this season at the plate by Thairo Estrada, who’s batting 259. Joc Pederson is their home run leader with 17, and Wilmer Flores is the team RBI leader with 50.

Carlos Rodon holds a 2.66 ERA and has 131 strikeouts to lead all San Francisco pitchers, and Logan Webb is first in wins with eight. He makes the start today and is 8-3 with a 2.82 ERA on the season.

The Giants are slight favorites in this matchup, with Webb making the start this afternoon. Milwaukee has had every opportunity to extend its division lead but hasn’t won two straight games since July 4. A win today will at least help them temporarily stay ahead of the second-place Cardinals.