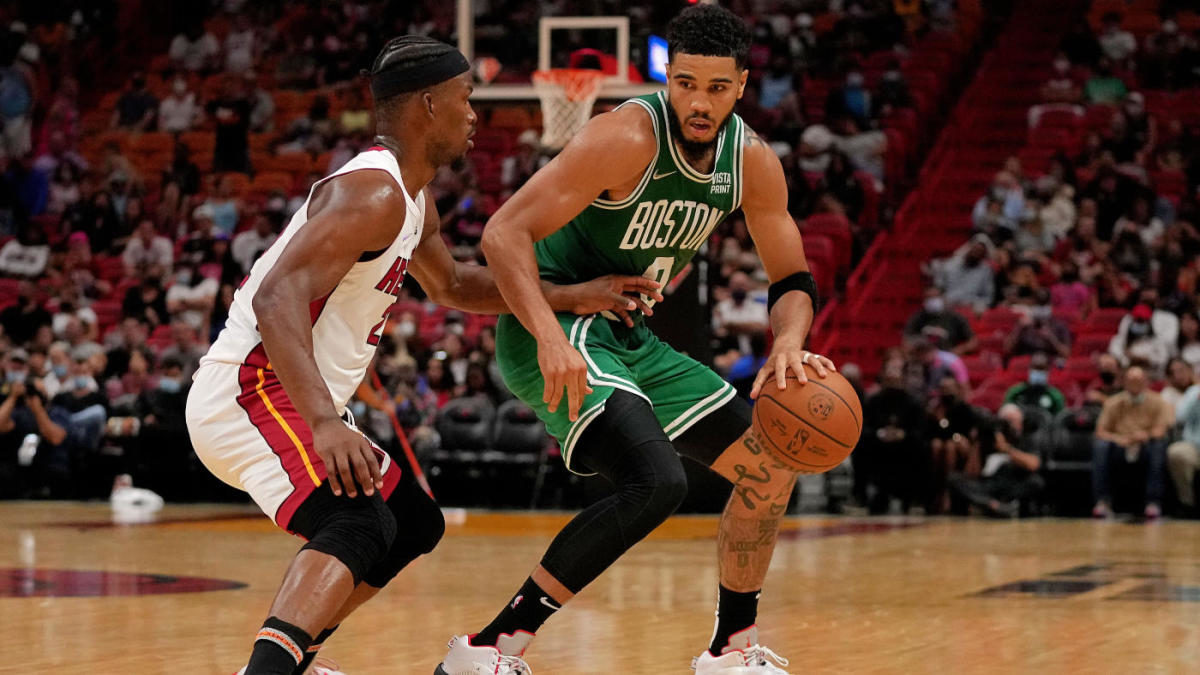 Miami hopes to regain the lead in the series after taking a beating on the road against Boston on Monday night.

Unfortunately, Game 4 was another blowout, as the Heat never recovered after being outscored 29-11 in the first quarter on the way to a 102-82 beating. Neither team shot the ball well, as Boston finished the night at 39.7%, and the Heat shot 33% from the field.

Boston even had more turnovers on Monday night than Miami, but the biggest stat that made the difference in the game was rebounding, where the Celtics dominated 60-39. Boston brought a lot more energy on Monday night and hopes to continue that as they return to the road.

Tatum Needs To Show Up

If the Celtics hope to take the lead in the series tonight, Jason Tatum needs to have another big game on the road.

He has been far too inconsistent in the first four games, looking like he’s unstoppable on some nights and totally disappearing on others. If he doesn’t show up tonight in Miami, they could be heading home for a must-win showdown in Game 6.

Marcus Smart and Robert Williams both missed the last game for Boston and are questionable for tonight.

They were able to win without them on Monday, but tonight it won’t be as easy in the tough confines of FTX Arena. The Celtics are hoping to steal a win tonight and head back home with a chance to close out the series on Friday.

The Heat had a miserable shooting night in Game 4, including at the free-throw line, where they were just 57.1%. The starting five for Miami had only 18 points in the game, with P.J. Tucker, Kyle Lowry, and Max Strus shooting a combined 1-17.

Jimmy Butler didn’t show up either, shooting 3-14 and finishing with 6 points. He also didn’t attempt a foul shot in the game. For the second game in a row, Butler has failed to score in double-figures in the series.

Miami could really use the offense of Tyler Herro off the bench in this series, but he’s still questionable to play tonight with a groin injury.

Heat starters Tucker, Strus, and Kyle Lowry are all listed as day-to-day, with reports that Lowry may not play tonight. Backup point guard Gabe Vincent is also questionable with a hamstring injury.

The Celtics are 10-1 in their last 11 games on the road, and the total has gone over in five of the previous seven games at Miami.

The Celtics are favorites tonight, mainly due to the number of injuries the Heat face before game time. However, if Jimmy “Buckets” can show up in tonight’s game for Miami and take over the offense, the Heat could pull out a win at home.Godds Pick/Prediction: The Celtics will win, and the total goes under.