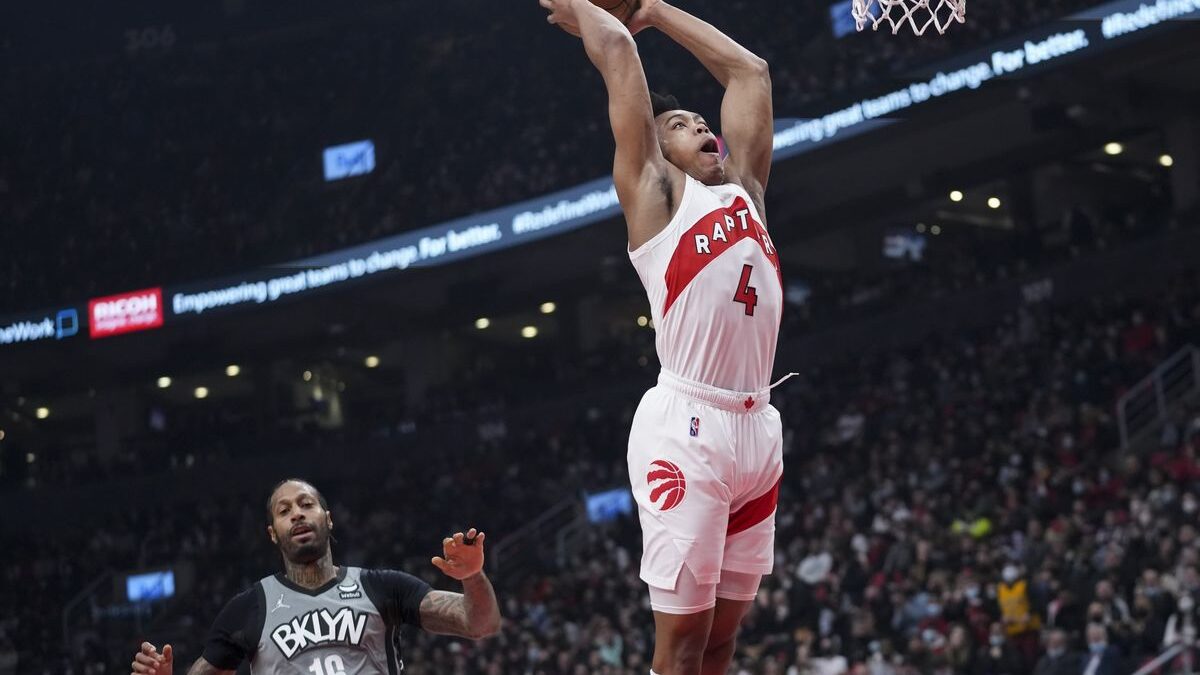 The Nets and Raptors meet for the fourth time this season, with Toronto seeking its first win. The teams last played two weeks ago, with Brooklyn taking a 114-105 win at home.

The Nets have a 17-12 record and have moved into second place in the Atlantic Division standings behind the Boston Celtics. Tonight they go for their fifth straight win and ninth victory in the last ten games.

Toronto has struggled all season and has lost six of the last eight contests. They were losers in their previous game against the Sacramento Kings at home, 124-123, for their third straight loss.

The Raptors shot 29% from three-point range for the game, as Fred VanVleet’s 39 points weren’t enough to secure the victory. Their 13-15 record has them tenth in the Eastern Conference standings behind the Atlanta Hawks.

Nets Look For Third Straight On The Road

The Nets had a rough start to the season and had to overcome some obstacles to make it to this point. However, they’ve returned from occupying last place in the Atlantic Division to trail the Celtics by just five games in the standings. Brooklyn has won 11 of its previous 14 games, with two wins over the Raptors included during that stretch.

Kevin Durant is sixth in the NBA in scoring for Brooklyn, averaging 30 points per game, and also leads the team with 5.5 assists. Kyrie Irving is second with 25.3 points per game and 4.6 assists, and Nic Claxton is the team’s top rebounder, with 8.7 per game and adds 2.2 blocked shots.

Toronto hasn’t won three games in a row yet this season but has currently lost three straight, which is their longest streak so far. The Raptors are 12th in the league with 111.3 points per game and are one of the top defensive teams, giving up 110.5 points, which is seventh in the league.

The problem with Toronto this season is consistency. They have several wins over some of the league’s top teams but have faltered against lesser opponents such as the Orlando Magic, who handed the Raptors two of their previous three losses.

Pascal Siakam is the leading scorer for the Raptors, averaging 24.6 points per game, and is first in rebounding with 8.5 and assists with 7.0 per game. O.G. Anunoby is second with 19 points and adds 2.4 steals per contest.

The Nets are 4-1 against the spread in their last five games against Toronto, and the total has gone under in six of their previous nine games.

The Raptors are 8-3 in their last 11 games at Scotiabank Arena and 1-5 against the spread in their previous six home games against the Nets.

The Nets have guard Seth Curry listed as questionable for tonight’s game. Anunoby will also miss his second straight game for the Raptors. Brooklyn has won three of its last four on the road, including a win over the Pacers after resting their entire starting rotation.

Unfortunately, they were fined $25,000 by the league for failing to comply with the NBA’s injury reporting policy.