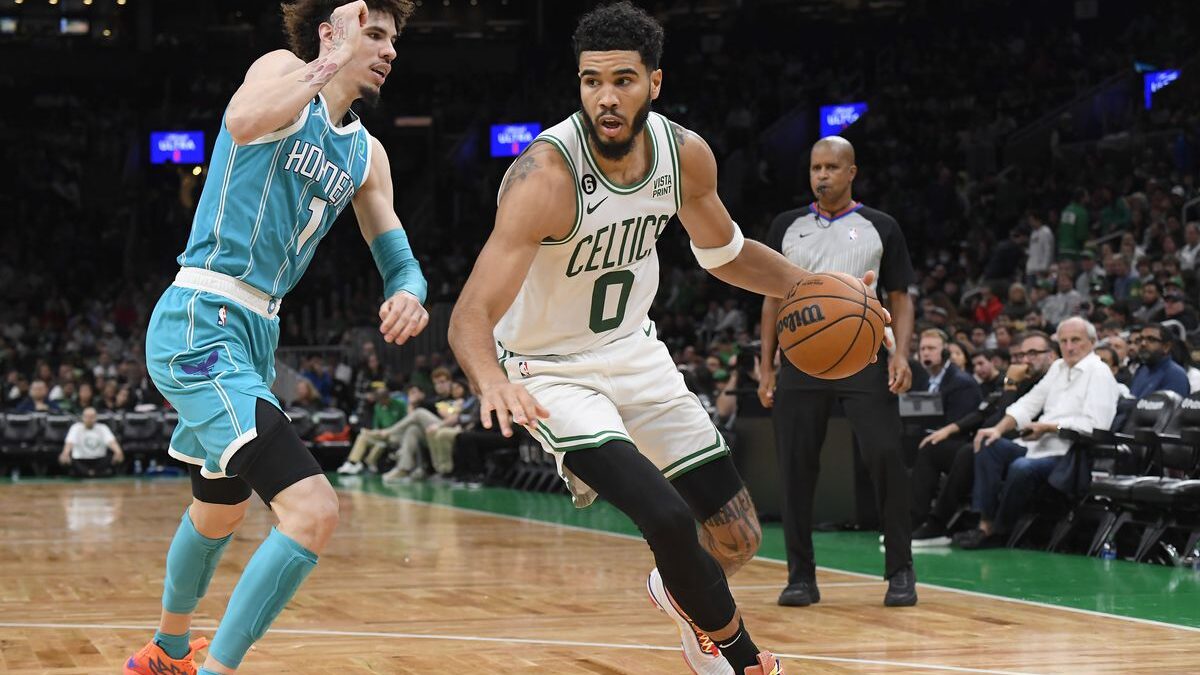 The Hornets and Celtics battle tonight at TD Garden in Boston in their first meeting of the season. Charlotte is 6-14 and in fourth place in the Southeast Division, five games behind the first-place Atlanta Hawks. Since a streak of 11 losses in 12 games, the Hornets have won two in a row for the first time this season.

The Celtics have the best record in the NBA at 16-4 and lead the Atlantic Division standings by five games over the Philadelphia 76ers. They had their longest streak of the season of nine games snapped by the Chicago Bulls on the road but are looking for their fourth straight win at home in this matchup.

The Hornets are in the midst of their longest win streak this season at two games after ending the Minnesota Timberwolves’ five-game winning streak with a 110-108 win at home on Friday night.

However, the team got some bad news recently when they found out SF Gordon Hayward will be out indefinitely with a fractured shoulder. They’ve already been without PG LaMelo Ball, who has missed 17 games with an ankle injury and is ruled out for tonight’s matchup.

Kelly Oubre Jr. is the leading scorer for the Hornets with 19.6 points and also adds 5.3 assists per game. Mason Plumlee is the top rebounder with 9.1 per game, and Dennis Smith Jr. is the top player in assists for Charlotte with 5.7 per game. He also leads the squad in steals with 1.8 per game.

Boston won its eighth straight at home and 12th game in the last 13 contests with its 130-121 victory over the Washington Wizards last night, although they were without leading scorer Jason Tatum, who was resting a sore ankle.

The Celtics have been efficient on offense this season and are ranked first in scoring and fourth in the league in field goal percentage. However, their defense still needs improvement and will instantly get better once injured center Robert Williams III returns to the lineup next month.

The total has hit under in 11 of Charlotte’s last 16 games, and they are 5-14-1 against the spread in their previous 20 games against the Celtics.

Boston is 4-1 against the spread in its last five games against the Southeast Division, and the total has gone under in four of the Celtics’ previous six games.

The Hornets’ lack of ball handlers and poor shooting this season will hurt them in this game against a Boston team that is deep at the guard position.

A well-rested Tatum will be back for this matchup and will take advantage of Charlotte’s weakness at small forward to lead his team to another win tonight.

Godds Pick/Prediction: The Celtics win, and the total goes over.