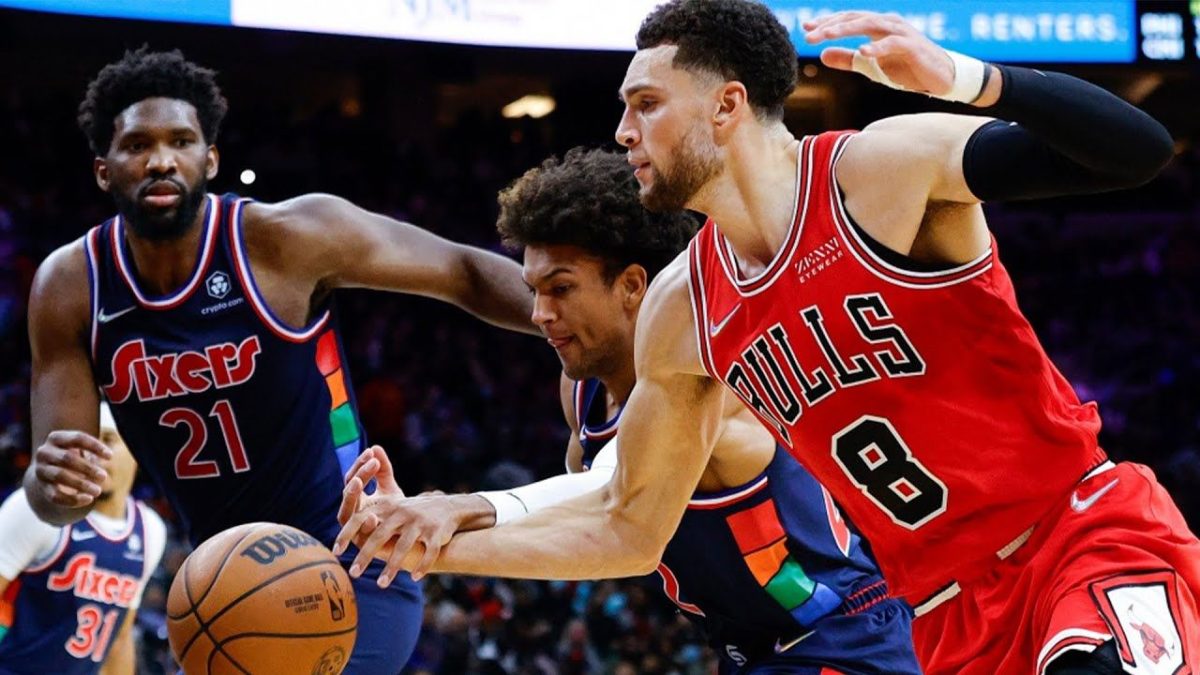 The Chicago Bulls have been unable to hold the lead of the Eastern Conference. With such a high degree of volatility as to which team takes hold of the top conference spot, the Bulls are still searching for it.

To do so, they will need to surpass three teams that stand before them. Chicago is now ready to go to Philadelphia to play the 76ers at Wells Fargo Center in Philly tonight.

For the Bulls, it’s also about taking over the lead division spot. For Philadelphia, it’s about holding on to their place as the top division team.

The Boston Celtics are now tied with the Sixers and ready to take over the top spot. For the 76ers, consistency is now the name of the game if they wish to remain as a true potential NBA champ for what remains of the regular season.

The fight for the top of the Eastern Conference has been one of the most competitive in the last few years. Although the list of teams that have made it to the top is still narrow, the Bulls have gained solid consistency to qualify as one of the most reliable to climb again.

The Bulls will need to look to their top men like DeMar DeRozan and Nikola Vucevic. DeRozan now leads Chicago with 28.1 points and 5.1 assists. Vucevic has also remained at the top of the Bulls’ defensive game with 11.5 rebounds, one steal, and 1.1 blocks per game.

For Chicago, the target is to keep climbing. However, the Bulls will need to push for a solid chance as they have now lost four consecutive games. They can’t afford another loss and will need to quickly get back into the win column.

Embiid’s 76ers in search of Consistency

The 76ers are now in the sights of the top conference teams. However, with the Heat gradually taking off, Philadelphia needs to keep their path consistent and once again resume a winning streak that allows them to move up in the standings.

Joel Embiid continues to command Philly from almost every front. Embiid is now standing with 29.5 points 11.2 rebounds and has added 1.4 blocks per game.

The 76ers were on a five-game winning streak before their recent loss to Miami. So for Philadelphia, it’s all about finding the consistency that will allow them to put themselves head-to-head with Miami again.

The Bulls might pursue the top of the conference, but they still have the 76ers ahead of them and their pending matchup tonight. The total has gone under in four of their last five games. As for Philadelphia, the total has gone over in six of their previous seven games.

The Bulls are now 39-25 on the season and looking to climb back into contention. As for the 76ers, their 39-24 season record has them in second place in the conference.

However, with the Milwaukee Bucks and their rival for tonight’s matchup trailing right behind them, Philadelphia must focus on widening the gap between them and their closest contenders.
Godds Pick/Prediction: The 76ers to win and the over hits.