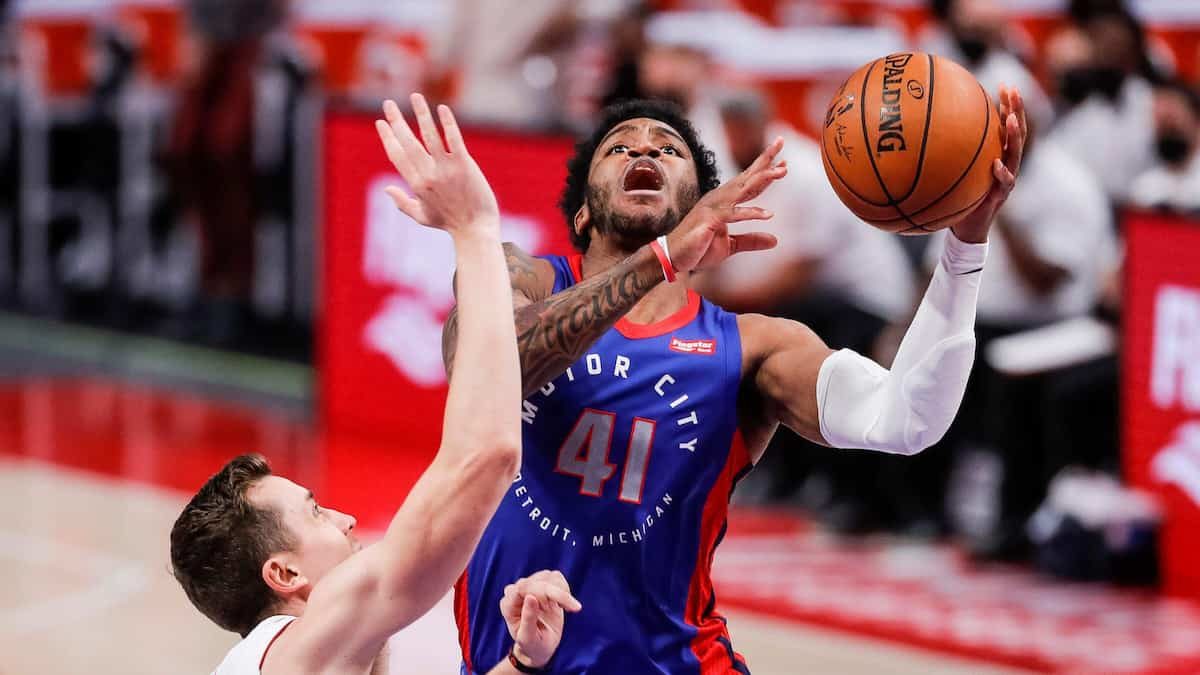 On Thursday night, two teams at the opposite end of the division standings clash as Cleveland visits Detroit. This is their third meeting of the season, with the teams splitting the first two matchups.

The last time these teams met on January 30, the Pistons trailed for most of the game but rallied in the fourth quarter on their way to a 115-105 win. Cade Cummingham had a triple-double for the Pistons with 19 points, ten rebounds, and ten assists.

The Cavaliers have lost two straight games and trail the Central Division-leading Bulls by 2.5 games as Chicago is hot once again and has run off five consecutive victories. Cleveland was 13-3 in their previous 16 sixteen games before their current two-game slide. It’s the first time they’ve lost two in a row since the end of December.

The Cavaliers will be without two of their stars for this game as PG Darius Garland and backup shooting guard Caris LeVert will both miss tonight’s game with injuries. The good news is that starting small forward Lauri Markkanen, who has been sidelined and hasn’t played since January 22, could play tonight and is listed as probable on the injury report.

This season, Garland is the leading scorer for Cleveland, averaging 20.3 points per game. He also leads the team in assists with eight per game and steals with 1.2 per contest.

Jared Allen is second with 16.2 points and leads the rebounding with 11 per game. The team is hoping Markkanen will be available for the Cavs tonight as they will need his offensive production with their leading scorer on the bench.

Detroit will be going for their second win in a row tonight on their home floor, which is something they haven’t done since beating the Jazz back on January 10.

Last Wednesday, the team ended their eight-game losing streak as they defeated the Boston Celtics 112-111 on the road. The game was close throughout, with Boston taking their biggest lead of eight points late in the fourth quarter. Jerami Grant eventually hit the game-winning bucket for Detroit to help seal the win.

Grant is the leading scorer for this Detroit team, putting up 19 points per game, and SF Saddiq Bey follows with 15.9 per matchup. Rookie Cade Cunningham, who is coming off his MVP performance in the Rising Stars game this past All-Star Weekend, leads the Pistons in assists with 5.2 and steals with 1.3 per game.

The Cavaliers are favored in this matchup and should be victorious against one of the worst teams in the league. The Pistons have had more than a week to enjoy their upset win over Boston but will come back to reality as their 8-20 home record won’t help them in this game.