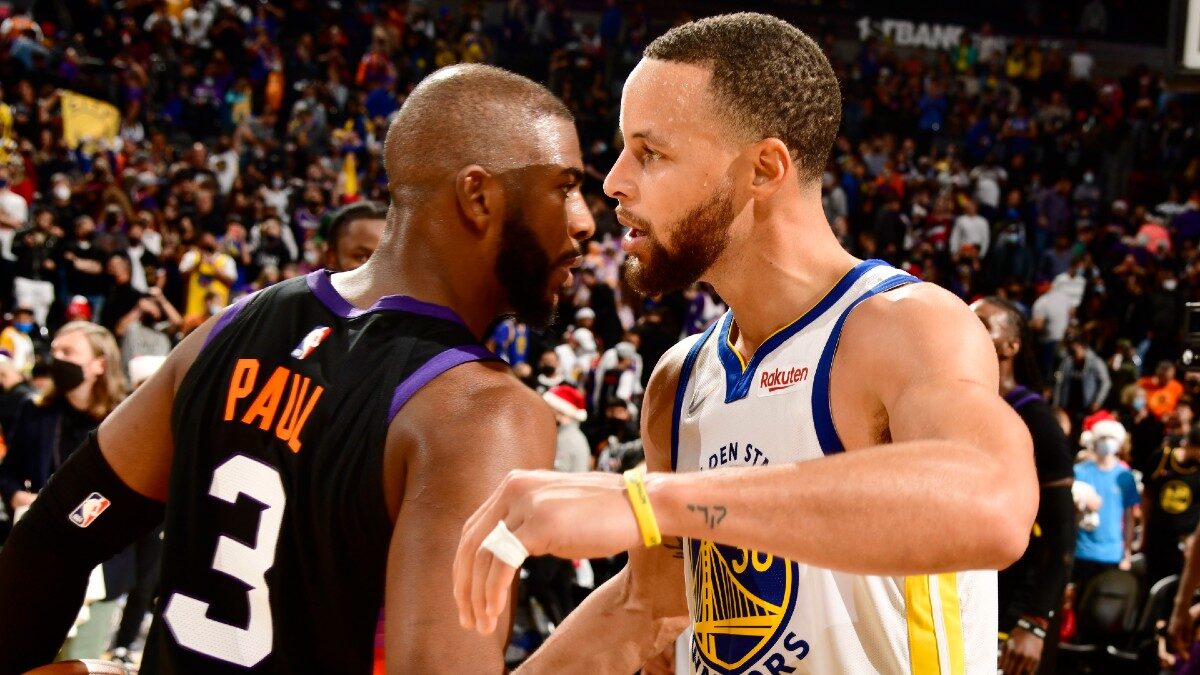 The Warriors and Suns meet tonight in a Pacific Division matchup to decide first place. Golden State dominated the Los Angeles Lakers in the season opener but was then beaten by the Denver Nuggets at home.

On Sunday, they bounced back with a five-point win over the Sacramento Kings and now hit the road for the first time this season in Phoenix.

The Suns play at home for the second time after splitting a pair of games on the road, losing to the Portland Trailblazers in overtime and beating the Los Angeles Clippers.

In that game, Chris Paul became only the third player in NBA history to record more than 11,000 assists in a career during their 112-95 win.

Golden State goes the road for the first time to face the defending Pacific Division champion Phoenix Suns on Tuesday. The Warriors have been scoring a lot of points so far in this young season, averaging 125.3 points per game.

Defense is where they need to improve, as the Warriors have allowed 120.7 points, with opponents shooting 47.5% from the field.

It will be very difficult for them to win a lot of games if they don’t concentrate on cleaning things up on the defensive end of the floor as they prepare to go on the road for five straight games starting this weekend.

The Suns are currently tied with the Warriors and Clippers at 2-1 in the division and can take the lead outright with a victory at home. They hope they can repeat what they did last season when they ran away with the Pacific title after winning 64 games.

Phoenix is currently ranked 20th in the NBA with 110 points per game but is again solid on defense, where they allow 104.3 points, which is fourth in the league.

The Suns are unlike the three teams the Warriors have faced so far. They will slow the game down and run their half-court offense while limiting the Warriors’ possessions and taking advantage of their below-average defense.

The Warriors have struggled on defense in the first three games and will be up against one of the toughest NBA teams in the league to beat on their home floor.

Golden State set a team record with 50 points in the second quarter against the Kings but won’t see numbers anywhere close to that against one of the league’s top defenses.

Godds Pick/Prediction: The Suns win, and the total stays under.