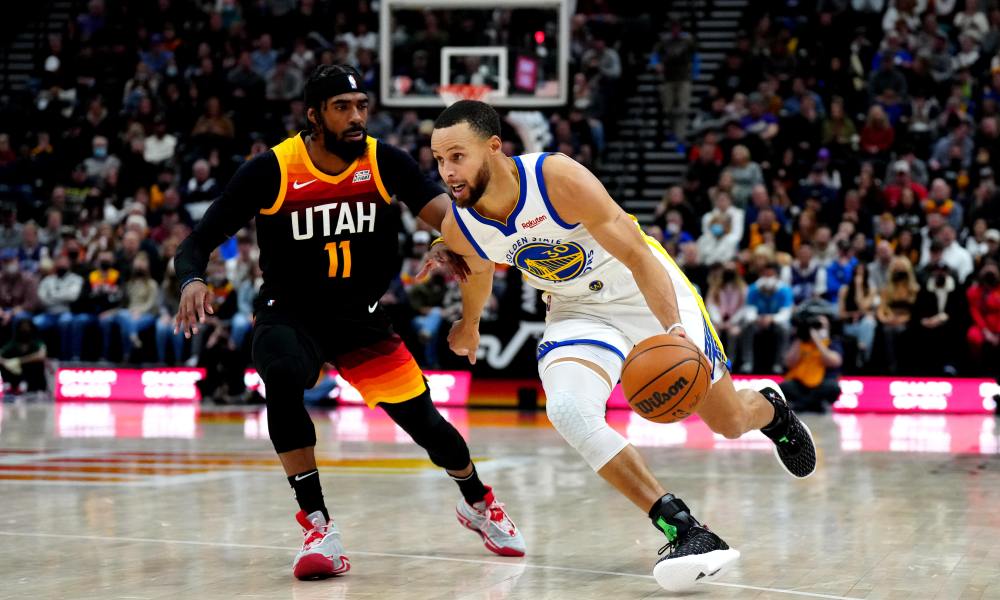 The Golden State Warriors are now the hottest team in the league but can’t seem to make up any ground on the conference-leading Phoenix Suns. They’ll be going for their tenth straight win when they travel to Salt Lake City on Wednesday night but are still three games behind the Suns in the standings.

Utah has also been winning recently after suffering through a stretch where they lost nine of eleven games in January. The Jazz have had rotating injuries to their stars recently and face another challenge as Rudy Gobert will be out for this game with a calf injury.

In addition, Rudy Gay is listed as day-to-day, and Joe Ingles is out for the season after tearing his ACL on Sunday against the Timberwolves. Leading scorer Donovan Michell will be playing in his third game since returning from the injured list.

Warriors Must Keep Pace With Suns

Going for their tenth straight win, Golden State has no choice but to extend their streak if they hope to stay within striking distance of the Phoenix in the west.

They are still three games behind the Suns in the Pacific Division and Western Conference standings. However, even though this team has been hit with injuries, they continue to put wins on the board.

The team has greatly benefitted from the return of Klay Thompson during this streak. In twelve games played, he averages 16.7 points, 3.3 rebounds, and three assists while playing 23.9 minutes.

Of course, as his minutes and shooting percentage increase, so will his production. Thompson will be rested and won’t play in tonight’s game.

The Jazz have a three-game cushion in the NBA’s Northwest Division over Denver and lead by four games over the Wolves. However, it will be challenging for them to keep their lead with all the recent injuries to their starters. Fortunately, their schedule gets a little softer for the next few games as they have Orlando and Houston at home for the next two matchups.

The total has gone over the Warriors in five of their last six games in Utah, and they are 4-1 straight up against the Jazz in their previous five games.

Utah is 4-11 against the spread in their last fifteen games, and the total has gone over in eight of their last nine games against Golden State.

The Jazz are favored at home in what should be a close game and are hoping for their first win of the season over the Warriors. Golden State is hoping Curry will be shooting well tonight as he will have to carry the offense alone with Thompson resting for this game.