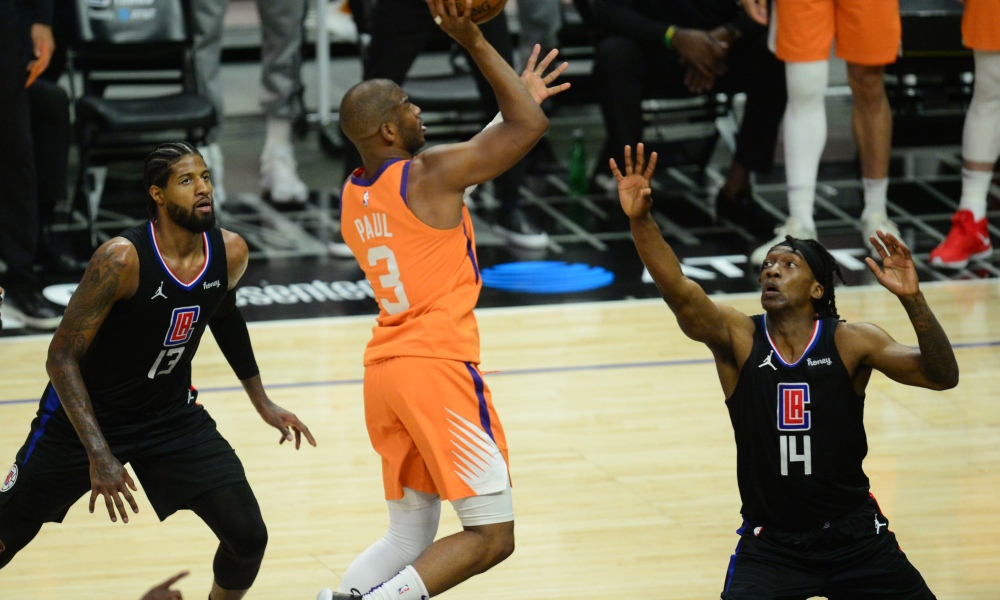 The Los Angeles Clippers are still attempting to climb up the Western Conference standings. With an even 19-19 season record, the LA squad will continue to power through the NBA mid-season stage and lead the way in the Pacific Division. However, to do so, they will have to face the top team in the Western Conference, the Phoenix Suns.

The Suns are tied for first place in the Pacific Division as their ever-lasting duel against the Golden State Warriors continues. With a 29-8 season record, the Suns will attempt to remain at the top of the Western Conference by staying consistent and keep adding wins to their current performance numbers.

Jackson’s Clippers Looking for a Way to the Top

It’s point guard Reggie Jackson who has stepped for the Clippers and currently leads the LA squad with 16.9 points per game. But, to Jackson, much is still left to be done for Los Angeles to turn their season numbers around.

With a recent 122-104 loss to the Minnesota Timberwolves, the Clippers are now 2-3 in their last five games. This has forced LA to remain in the fourth spot of the Pacific Division, right behind their purple and gold city rivals, the Los Angeles Lakers.

The squad’s numbers are also not building a solid case for a sudden comeback. The Clippers are now 24th overall in the league with 105.5 average points and 23.1 assists, both per game. To surpass a top-ranked team, much will have to be done on both ends of the court tonight.

Maybe the Clippers need to look back at their recent win over the top team in the Eastern Conference, the Brooklyn Nets. LA was able to sustain consistency throughout the game.

That night, it wasn’t about keeping the Nets entirely limited on the defensive end. It was simply about keeping up with a potent offense. The key to beating the Suns might just lay behind LA’s 120-116 win over Brooklyn.

Although Phoenix is currently on a roll, not everything has been sunny down in Arizona. Before their two consecutive wins over the New Orleans Pelicans and Charlotte Hornets, the Suns had a series of mild missteps. These translated into losses to the Boston Celtics, Memphis Grizzlies, and Golden State, their conference rival.

However, the squad has proven capable of withstanding losses and powering through with solid wins. Still leading the Suns’ offense, Devin Booker averages 23.9 points per game, followed by Chris Paul with 10.1 assists and 1.9 steals per matchup.

JaVale McGee has also done his job on the defensive end by averaging 7.4 rebounds and 0.9 blocks per game. To McGee, the squad’s most recent wins prove that they can learn and correct their mistakes.

For the Suns, it’s all about keeping the Warriors close and surpassing them whenever there is a chance. Tonight’s game might be the perfect opportunity to reclaim the Western Conference lead.

It just doesn’t seem like the Clippers’ intentions to turn their season around might prove sufficient to beat the Suns. For Los Angeles, the total has gone over in four of their last five games. For the Suns, the trend shows that the total has also gone over in eight of their previous eleven games.

There is no question Suns are the obvious pick for tonight’s west coast matchup. Phoenix is now 16-4 in home games and intends to stay close to the Warriors. As for the Clippers, their 7-8 away record might still fall short with the Suns’ current dominance.