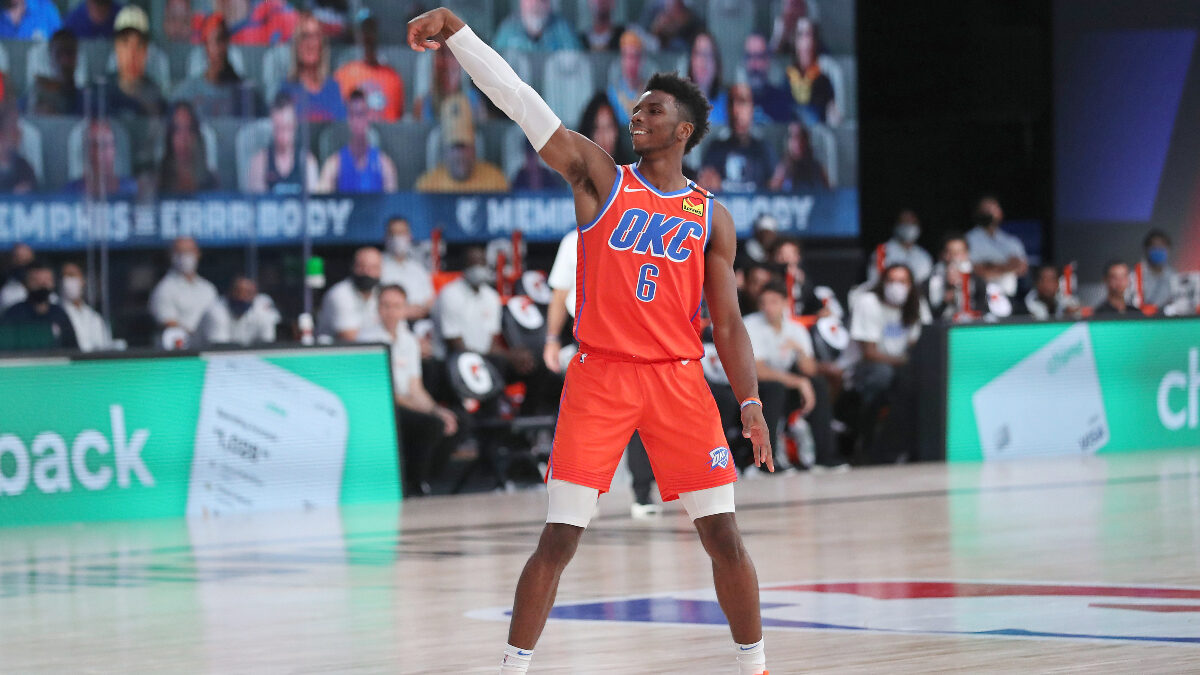 The Heat and Thunder meet tonight at Paycom Center as both teams try to move up toward the .500 mark for the season. Miami is 13-15 and currently tenth in the Eastern Conference.

They’re also one game behind the Atlanta Hawks for the lead in the Southeast Division standings. Miami won the first game of its current four-game road trip with an 87-82 win over the Indiana Pacers on Monday night.

Oklahoma City is in a complete rebuild this season and has performed better than expected. They’re 11-16 and tied with the Los Angeles Lakers for 11th in the Western Conference standings.

They recently ended a five-game road trip with three straight losses. The last was a 121-114 loss to the Mavericks in Dallas on Monday night.

The Heat have been a disappointment in many ways this season, especially in their play on the road. They’re currently 3-9 away from home but were 2-3 in their previous five.

However, the most significant improvement for Miami this season is their defense, where they rank fifth in the league giving up 109.3 points per game. Unfortunately, this team’s offense has been a different story, as they rank last in the NBA with 107.9 points scored per contest.

Jimmy Butler still leads the Heat in scoring with 21.7 points per game and is tied for the lead in assists with Kyle Lowry at 5.9 per game. Bam Adebayo is second with 20.8 points per game and is first on the team in rebounding with 9.5. Tyler Herro has moved into a starting role this season and adds 19.5 points, 6.5 rebounds, and 4.3 assists per game.

The Thunder are glad to be back at home after losing six of their last eight road games. They look to break a three-game losing streak tonight at Paycom Center, where they have a 6-5 record and have won their previous two games. However, this young team has struggled defensively this season and is giving up 117.7 points per game, which is 29th in the league.

Shai Gilgeous-Alexander is third in the NBA in scoring this season with 31.2 points per game and leads the Thunder in assists with 5.8 per game. He’s also first on the team in steals with 1.8. Josh Giddey is second with 14.7 points and is the top rebounder for OKC with 7.8 per game.

The Heat will rest Butler for tonight’s game, and Tyler Herro and Victor Oladipo are listed as probable but are expected to play. The Thunder will struggle against Miami’s defensive pressure, and the Heat will control the tempo to limit their scoring opportunities.