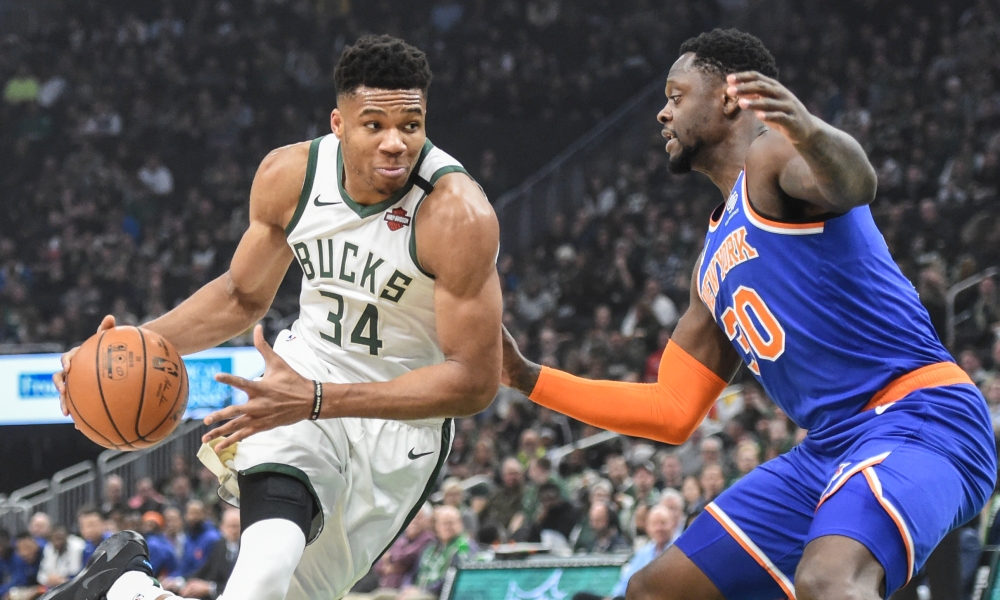 The New York Knicks are hoping to move up in the standings, but the climb is steep as the Knicks are now fifth overall in the Atlantic Division. With a 23-26 season record, New York is not showing any signs of a recovery.

The Knicks prepare to visit the Milwaukee Bucks at Fiserv Forum in Milwaukee to see if they can even their current season mark. Some might think it’s too late in the season to pursue a potential turnaround, yet the Knicks are ready to give it their best try.

The story is quite different over in Milwaukee. The Bucks are now 30-20 on the season and third overall in the Central Division.

They have not had an ideal season but are still within a potential range to take over higher division standings and pursue a playoff spot. The Bucks need to keep getting wins and not let their division rivals slip away.

The Knicks might still be keeping their hopes up. Yet, a sudden change is needed as soon as possible.

The squad is now 5-1 over their last six games. If they still wish to pursue higher standings, starting with a win over Milwaukee might just serve as the first step.

The Knicks are now 1-2 with two consecutive losses. The squad is tied with the Toronto Raptors at 23 wins, and both teams are trailing behind the number-three division team, the Boston Celtics, by just two wins.

So the picture might be gray but not entirely dark, and the Knicks might still be holding onto their last chance to climb up the division standings.

Antetokounmpo’s Bucks to Find Their Way Back to Consistency

The Bucks have had different streaks. Back in December, the squad went six consecutive games with a win. Then, they regained winning momentum on January 19 and went 3-0.

Still, the Bucks dropped the ball against the Cleveland Cavaliers. Milwaukee is now searching for that solid winning consistency that characterized them throughout several periods this season.

Milwaukee has continued to rely on Giannis Antetokounmpo, who has always managed to respond positively. Antetokounmpo is now with 28.5 points, 11.2 rebounds, and 1.5 blocks per game.

For the Bucks, it was a 115-99 loss to the Cavs that led to their sudden fall. Milwaukee needs to start picking up the pace and power through what remains of the season.

The Bucks are now tied with the Bulls and Cavs with 30 wins each. The race might be tight, but Milwaukee is still holding onto solid odds.

The Knicks might be in the pursuit of more solid wins. Yet, surpassing a potential top division team might prove to be too big of a challenge for New York.

The odds are now favoring the Bucks. The squad is pursuing that solid winning staple that made the team stand out throughout December. As for the Knicks, they can still push for a definite attempt to reach playoff range.

New York’s hopes, however, are now beginning to gradually run out of time. Winning is all it takes to remain in the race for playoff spots.