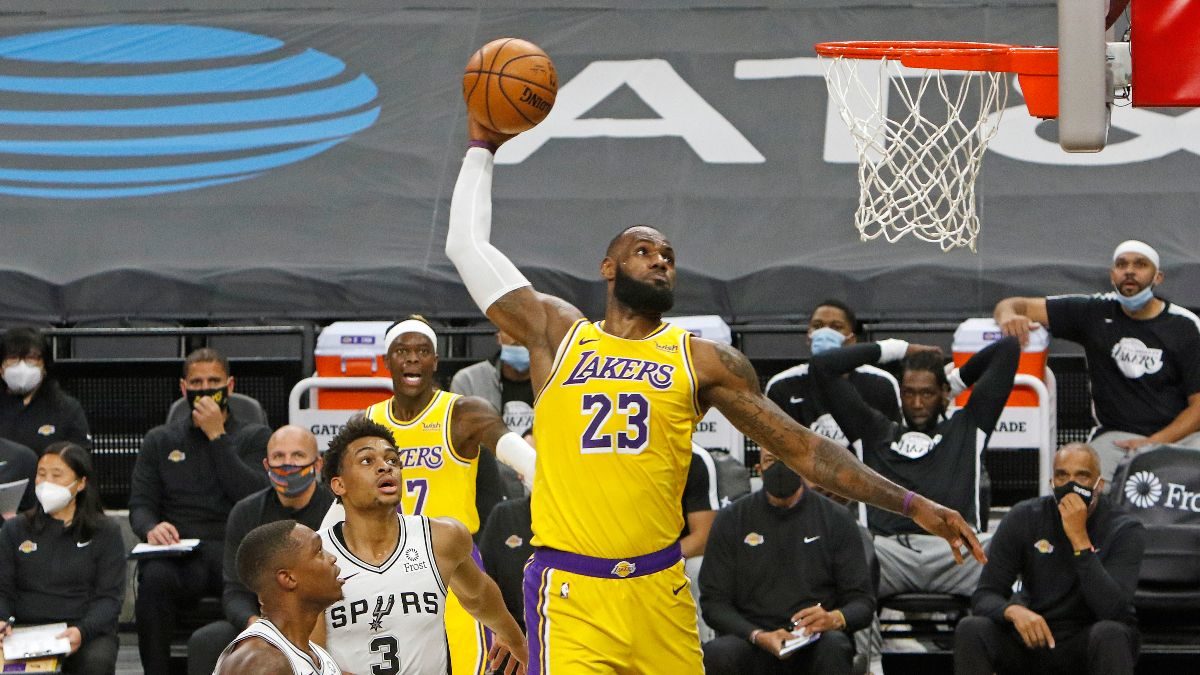 The San Antonio Spurs are now third in the Southwest Division and looking for their 14th victory. To do so and keep hopes of making it to the top of the NBA standings, they will have to overcome the Los Angeles Lakers at Staples center on Thursday.

Unfortunately, the Spurs have not achieved consistency in their last performances, with a 3-2 record over their previous five matchups. As the season moves forward, the squad’s chances of climbing higher in the standings are diminished with every game they let slip away.

The Lakers are also struggling with an even 16-16 season record. Those commanded by LeBron James have also failed to find a steady pace that allows for better performances.

Overall, fourth in the Pacific Division, the team will now attempt to leave behind a dreadful 0-3 streak and make a sudden comeback to dominate Western Conference standings as they typically did in the past.

The Spurs may not be as far as they think from the top of the division standings. Technically, San Antonio is 12th overall in the West, yet there is only a three-win margin between them and fifth place. Putting aside any broader division perspective, the squad is closer to reaching the top-5 mark than expected.

Dejounte Murray continues to earn fans’ respect as the point guard has averaged 18.1 points and 8.6 assists per game. To Murray, the squad has all the talent they need on the court, yet many opportunities remain untouched.

If the Spurs cannot bring fans to the arena, Murray will do so. With eleven career triple-doubles, Murray has shown that he is a start on the rise for the San Antonio squad. To Spurs head coach Gregg Popovich, Murray has been a vital part of the squad’s success.

It was back on November 14 when the Lakers successfully surpassed San Antonio. Those under Popovich’s lead were just beginning to show the minor inconsistencies that have taken – and continue to take – a toll on the Texas squad.

Anthony Davis led the purple and gold to a 114-106 home win by finishing the night with 34 points and 15 rebounds. Russell Westbrook added seven assists, and the Lakers saw their performance deliver a solid message; the squad was in the pursuit of making its way to top conference standings.

That same message has weakened, and the LA team is now seventh overall in the Western Conference. For the Lakers, a 17th season win to outweigh their current equal number of defeats would help as they attempt to line themselves up to pursue western squads such as the Grizzlies, Jazz, Warriors, and Suns.

If the Lakers are looking sharper than the Spurs, then it’s not by much. For San Antonio, the total has gone over in six of their last eight games.

The total has gone under for the purple and gold in their previous seven of eight games. Margins are tight, yet the Lakers have a slight edge.

The Lakers are ahead, yet by a very tight margin. The purple and gold have performed better and are simply holding to more positive stats overall.

Still, with margins narrowing hours before the game, San Antonio could very well stand out and pull out a solid performance over the LA squad and attempt to outperform a team that has already handed them a defeat back on November 14.