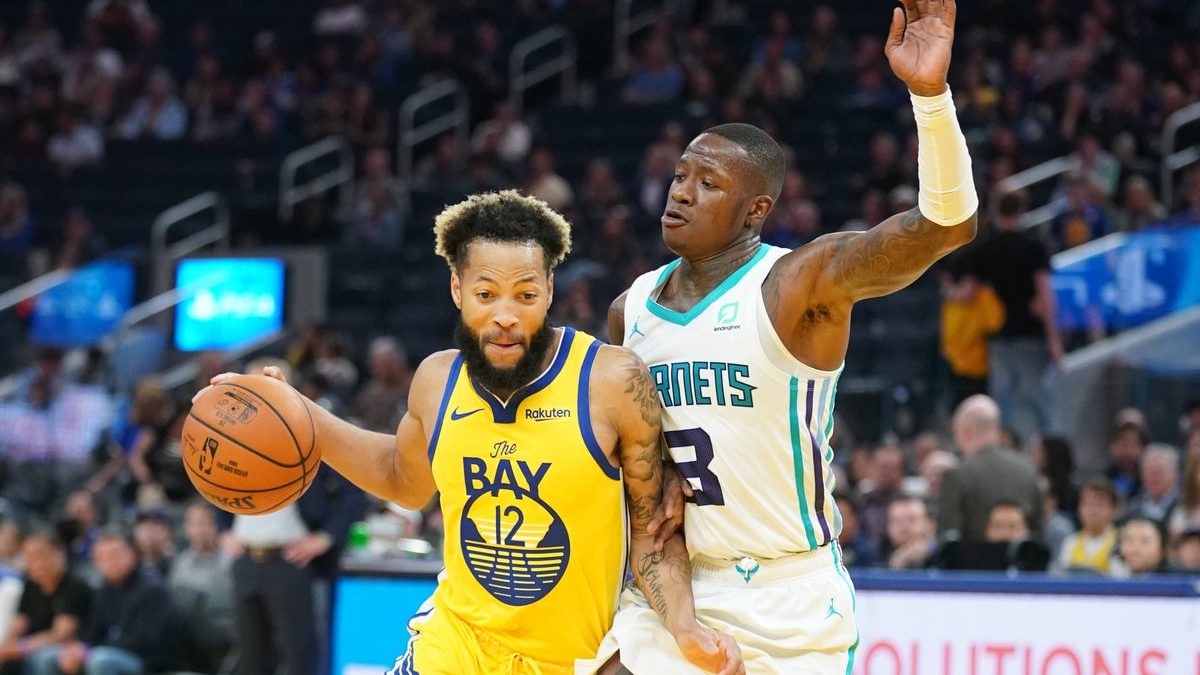 The Golden State Warriors, after six games, have five wins and one loss. In addition, the team hasn’t lost in regulation time this season. They face the Charlotte Hornets tonight in a matchup that is hard to figure out. Both teams have had a few exceptional moments, but neither has developed a rhythm that indicates an overwhelming advantage.

The Hornets, after eight games played, have five wins and three losses. Things started very well for the Hornets. Indiana, Cleveland, Brooklyn were confidently defeated at the beginning of the season, but today’s game might provide more of a challenge.

What will be most interesting is to see how LaMelo Ball and Stephen Curry try to outdo one another. The Ball may be the Rookie of the Year, but Curry is the league’s scoring leader.

The Warriors had a chance to pick up Ball last year, and he could try to show them that they need to regret their decision.

It all started for the Warriors with four wins in four opening games. In each of the first three, the Warriors scored over 115 points, demonstrating fairly steady play on offense and defense. In the fourth game (a 106-98 win at Oklahoma), the stats were slightly lower than average, but the team played an opponent that showed nothing supernatural.

Certain claims about Golden State’s play can only be made for the October 29 game against the Memphis Grizzlies. Having issued a magnificent first quarter that produced a 37-20 lead, Curry (who scored 36 points and had seven rebounds and eight assists) and the company flipped and lost in overtime, 101-104.

But in the next game (October 31 against the Oklahoma City Thunder ), the team got back on track. Maybe they did not show it in the attack, but they played very tight and reliably on defense, giving the Thunder only 82 points. As a result, a very confident 103-82 victory was in the bag. The Warriors have picked up five wins in the six games they’ve played and are ready for the Hornets.

Charlotte Hornets Continue to be Inconsistent

The Hornets also gave a good performance in their game against the Boston Celtics on October 26. But only in regulation time (123-123). In overtime, only one in four two-point shots was made, and only one of six three-pointers found its target. The result was a 129-140 loss.

The Hornets rebounded on October 28, winning 120-111 against the Orlando Magic. They showed a decent 54.7% two-point shooting accuracy, making 29 of 53, 46.7% from beyond the paint. However, that was when the pendulum began swinging. The next few games saw ups and downs in shots, which allows too many openings for their opponents. They still managed to take five of their last eight but will need to be more consistent against the Warriors.

During the previous five seasons, these two have played 12 games against each other, and during this period, they have total parity in wins – the Warriors and Hornets have six each. Last season, the rivals exchanged home wins – in Charlotte, the score was 102-100; in San Francisco, it was 130-121.

The Warriors are favored for this duel with an advantage that is not very wide but enough to make them a safe bet. Against the Thunder, Curry led the team with 20 points and six assists, and Draymond Green added 14 points and 11 rebounds. Andrew Wiggins and Jordan Poole combined for 28 as the Warriors shot 42% from the field. That same offense returns today and will prove to be too much despite some pressure from the Hornets.