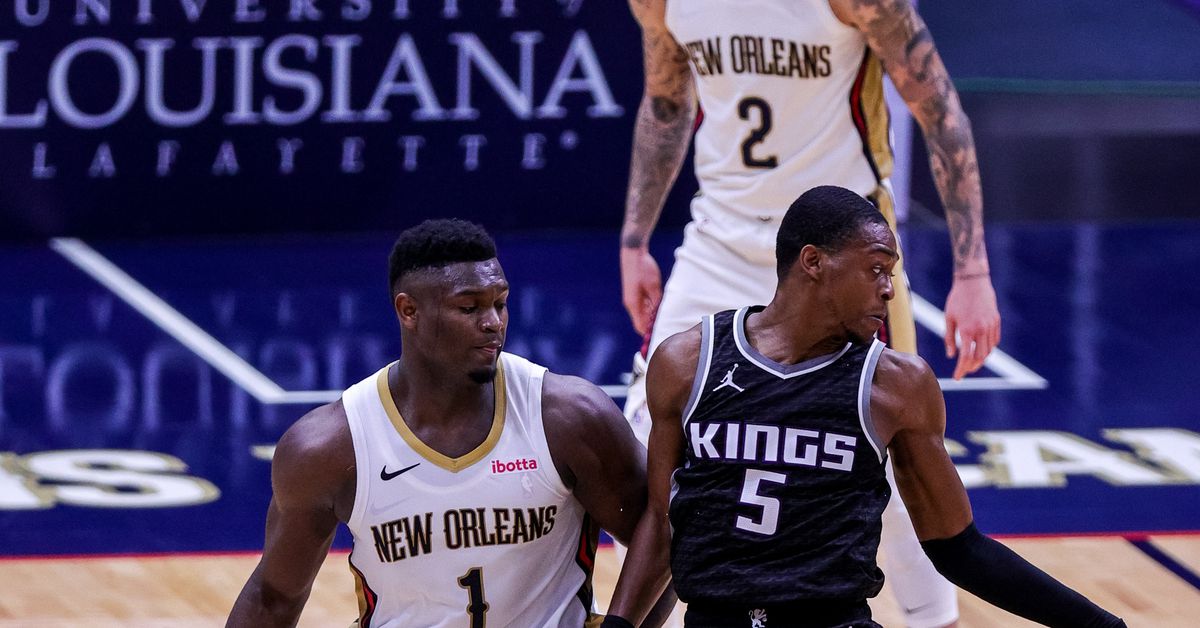 The Kings against the Pelicans is up Friday night, in a basketball game that will mean a lot for each team, whether a win or a loss. The Pelicans are currently 1-4 and have not caught a win yet playing at home.

Having the absence of SG Josh Hart, SF Garrett Temple, and the young superstar PF Zion Williamson, the team has lost most of their scoring power coming into this matchup.

On the other side, the Kings currently have no injuries at all on their roster, which makes them one of the healthiest group of players in a tied record for this season so far. They picked up a win in their previous game against last season’s championship finalists, the Phoenix Suns.

This year these two have met three times already in a series where the Pelicans have the advantage by one win, and the Kings are coming to call it even and finish the year with the upper hand.

The Kings are currently calling it even numbers for what they have shown this season so far. The team has not been affected yet by any injuries on their roster while the rest of the teams, including their upcoming opponents, are losing their most valued players on a weekly basis – some of them out of the court for quite some time.

SF Harrison Barnes has constantly been showing up when it is most needed. He is averaging 26.8 points per game, followed by the King’s figure player PG De’Aaron Fox, who has been taking care of the assisting portion of the team, averaging 7 per game and 1.5 steals.

Most impressively, not only did they beat one of the top contender teams in the Suns just recently, but Barnes has shown that he has what it takes to make it count under pressure and take his team to a most valued win to gain confidence for the team.

The Pelicans organization is currently undergoing some serious trouble by being able to keep their main players healthy, most affected by Williamson, and the young talented franchise player has taken the most recent hit on this list.

A few days ago, it was confirmed that the big man is probably going to be out indefinitely while he has scans and treatment applied by the end of this week to continue to make progress on his most needed comeback.

The Pelicans have lost more than a few players down the road. They are accumulating four losses with a single win against the Minnesota Timberwolves by a nine-point difference.

In a series of events that have affected the Pelicans basketball team has shown the progress for his newest team as built up, SF Brandon Ingram is averaging 25.6 points per game, while Jonas Valanciunas has 15 rebounds, on average.

However, this was not enough for this team in its recent game, but the improvement is showing and, with the expected return of their players, they might just elevate their game enough to get back into the competition.

The Kings are taking the favorite spot in this basketball game, with a slight advantage giving away just a few points against the Pelicans. They have met already also a couple of times this year, but the conditions in which these two teams are coming to play are very different, and it is translated to the odds, as well.

The Kings are taking the win in this game, playing as a visitor. The Pelicans have a lot of their roster missing, and the rest of the team might not be able to carry all the weight on their shoulders.

Also, it seems that the home games are becoming a difficult roadblock for this team, and the next game does not appear to be the exception.
Godds Pick/Prediction: Sacramento Kings cover the point spread, and the total stays under.