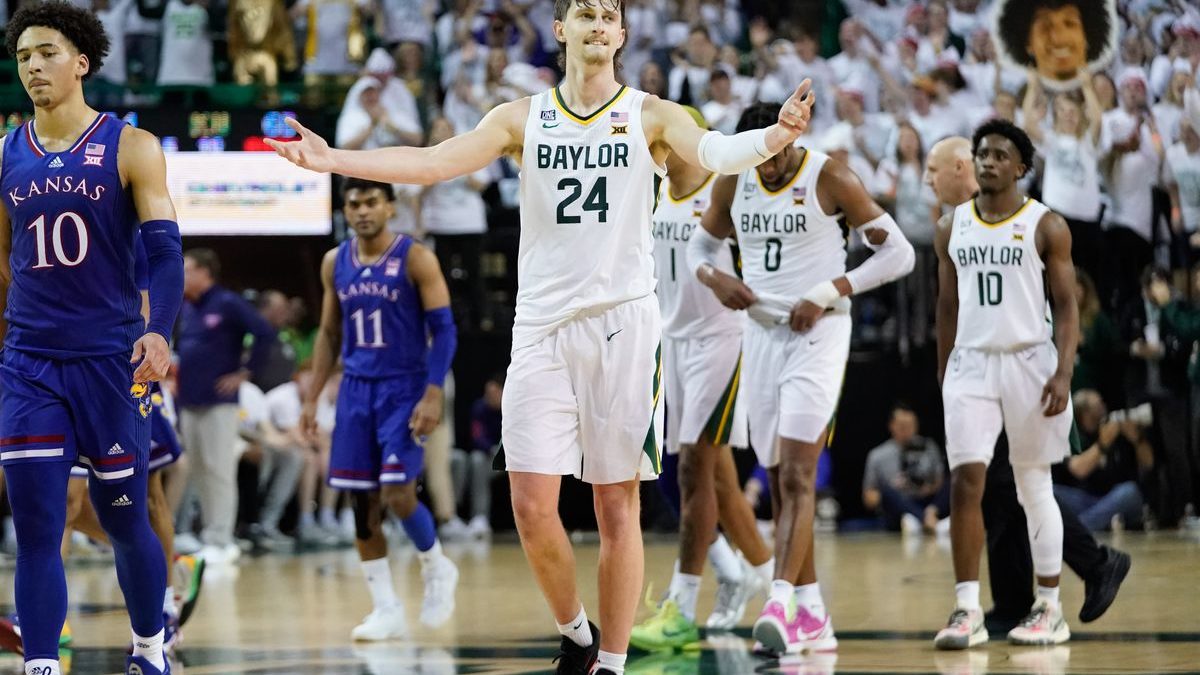 Since starting the season 15-0, the tenth-ranked Baylor Bears have a 9-5 record but are still close to the top of the conference standings with a 12-4 record, just a half-game behind Kansas.

The Jayhawks have two games remaining against TCU, with their season finale being against Texas at home. If the Bears can win these last two games, they still have a slim chance to take the Big 12 regular-season title, which they were favored to win at the start of the season.

Texas is fourth in the Big 12 with a 10-6 conference record. They can only hope for a higher seed in the upcoming conference tournament by winning their last two regular-season games against Baylor and Kansas this Saturday.

After that, the only team they have a chance to surpass in the conference is Texas Tech, who is currently in third place with an 11-5 conference mark.

Since going through a recent 3-3 stretch and falling to tenth in the national rankings, the Bears have an excellent chance to take the Big 12 title as they have now won three straight games.

They were victorious in their last game against conference-leading Kansas this past Saturday, rallying in the second half to win an 80-70. Flo Thamba was the leading scorer with 18 points and pulled down nine rebounds for the Bears.

This season, Adam Flagler leads a balanced scoring attack for Baylor, averaging 13.7 points per game. James Akinjo leads the team in assists with 5.7 per game and steals with two per contest.

Forward Jonathan Tchamwa Tchatchoua is the leading rebounder for Baylor with 6.8 per contest and is also leading in field goal percentage at 67.7% for the season.

The Longhorns have played well in this last stretch of the regular season and are looking to move up in the conference standings with two tough games remaining. The highest they can hope to finish is tied for second place, and that’s only if they win tonight and this weekend against Kansas.

The team is 8-3 in their last eleven games since losing two straight for the only time this season. Wins in these final two games would also boost their national ranking from their current number-20 position in the polls.

Timmy Allen has been the leader for this team all season, averaging 12.4 points, 6.5 rebounds, and 1.2 steals per game for Texas. Guards Marcus Carr and Andrew Jones are second in scoring with 11.1 points per game. Carr is also the team leader in assists, with 3.2 per contest.

The Bears are 5-0 straight up in their last five games vs.Texas, and they are only 3-6 against the spread in their previous nine games.

The Longhorns are 17-2 straight up in their last 19 games at home, and the total has gone over in five of their last six games overall.

The Bears need their fourth straight win in this game and have gained some confidence after beating the fifth-ranked Jayhawks in their last matchup. However, Texas will have to play great at home to avoid their second loss to Baylor this season.