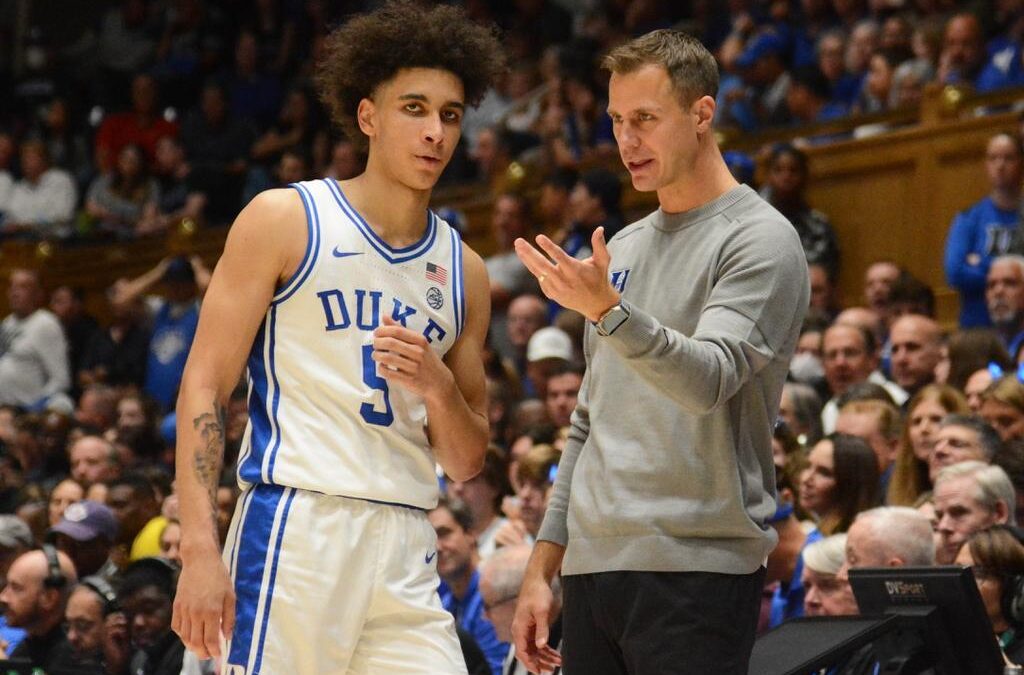 After two warmup games against much lesser opponents, seventh-ranked Duke will take on #6 Kansas on Tuesday night. The Blue Devils beat USC Upstate 84-38 in their last game at home on Friday.

They’re off to a good start in their first season after the retirement of Mike Krzyzewski but must face a higher level of competition in tonight’s game.

The Jayhawks are the defending national champions after their 72-69 victory over North Carolina in the finals last March. They got an 82-59 win over North Dakota State in their previous game but will have to navigate through this contest without head coach Bill Self, who will be serving the third game of his four-game suspension and won’t be available tonight.

After beating their first two opponents by 73 combined points, the Blue Devils must now leave the friendly confines of Cameron Indoor Stadium to face a top-ranked team.

In their last contest, Duke trailed 7-0 but outscored their opponents by 33 points for the remainder of the half to lead by 25 at the break. They then opened the second half with a 16-0 run and never looked back.

Mark Mitchell is the leading scorer for Duke after two games, averaging 15.5 points. Freshman center Kyle Flipowski is averaging 12.5 points and leads the team with 11 rebounds per game. Jeremy Roach is at the top in assists with six per contest and also adds 13 points per game for the Blue Devils.

Kansas had an incredible run to end the 2021-22 season, winning ten straight games to close out the season on their way to the NCAA Championship.

They can add to the longest streak in the country with a victory tonight. In their last contest, Kansas wasn’t challenged by an over-matched North Dakota State team. They led 48-19 at halftime and never led by less than 23 points for the rest of the game.

Jalen Wilson is first on the Jayhawks in scoring with 20 points per game and also leads the team in rebounding with ten per contest. Dajuan Harris is the assist leader for Kansas, with 6.5 per game. Kevin McCullar is the leader in steals with two per game and averages 1.5 blocks after the first two matchups.

Duke is 5-1 against the spread in their last six games, and the total has hit under in five of the previous seven games against Kansas.

The Jayhawks are 2-5 against the spread in their last seven games and are 11-1 in their previous 12 games against opponents from the ACC.

Duke has been good in their first two games under new head coach Jon Scheyer but will have their biggest challenge so far in tonight’s matchup.

The Jayhawks are still piecing things together after failing to cover the spread in their last contest. If Duke is thinking about an upset, the best opportunity they will have is at this early stage of the season.