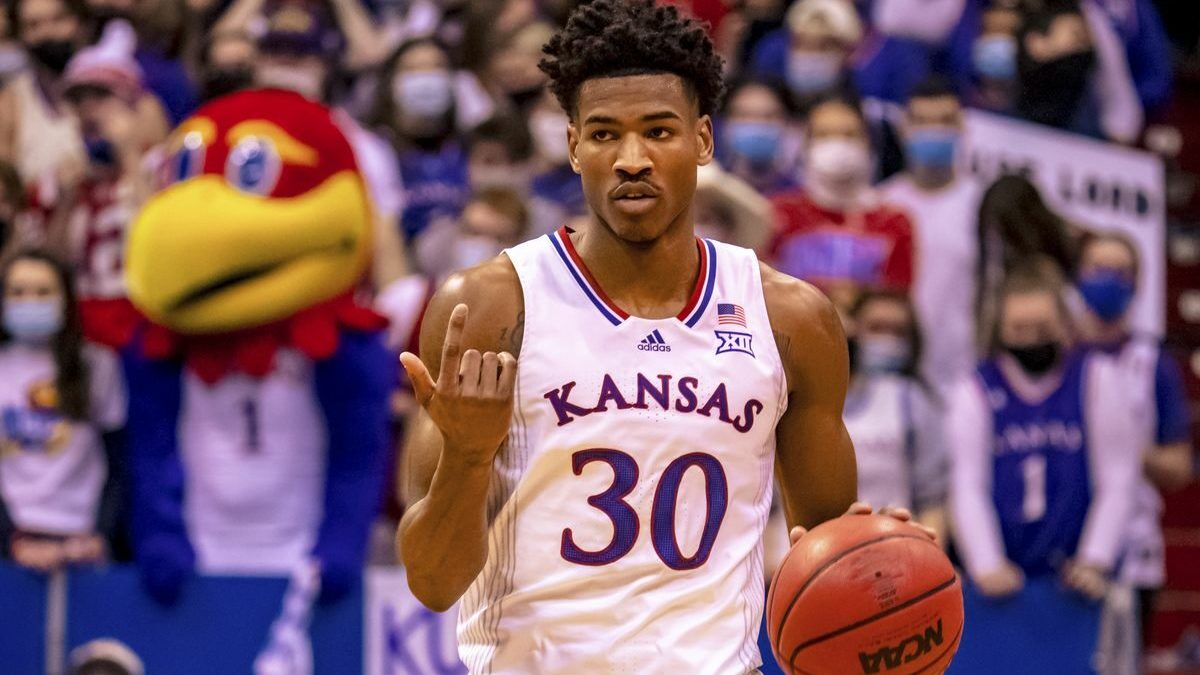 The Kansas Jayhawks have finally climbed to the top of the Big 12 Conference. They are now 19-3 this season and appear to be playing like only a handful of schools in the country. However, the Jayhawks might just be on their way to truly pursue an NCAA championship.

With the hopes of remaining in first place in the Big 12, Kansas is now set to visit the Texas Longhorns at Frank Erwin Center in Austin this Monday night.

For Kansas, it’s all about resistance and consistency to remain at the top. For the Longhorns, it might just be the perfect chance to make their way into the top-three spots of the Big 12 Conference. However, with a 17-6 season record, the hopes for the Longhorns to pursue an NCAA championship title are far from gone.

It was never far-fetched, but reaching the top of the conference is never a simple task. Nevertheless, the Jayhawks have finally surpassed conference rivals to lead the standings and keep their championship hopes alive.

Ochai Agbaji has not let down the team and continues to lead with 20.8 points per game. In addition, Dajuan Harris has become Jayhawks’ number two in command and is now standing with four assists and 1.6 steals per game.

Kansas is now twentieth in the NCAA with 80.2 points per game and 67.8 points against. But, standing as the number 10 ranked team in the Associated Press Top 25, as well as the Coaches Poll, the Jayhawks might soon be on their way to leave that tenth spot behind.

The Longhorns might just be standing right where they wanted as they push for a sudden climb. But, on the other hand, Texas might just be in the perfect spot to prove worthy of higher standings with a chance to play the top team in the conference at home.

Timmy Allen leads the Longhorns with 11.2 points and 6.5 rebounds per game. Allen is also shooting 52.1% from the field, which is the top on the squad.

Marcus Carr has added 3.5 assists per game. On the defensive end, Andrew Jones has contributed 1.3 steals per game.

The Longhorns went 3-0 with wins over Oklahoma, Texas Christian, and Tennessee. They dropped their streak with a loss to Texas Tech and managed, once again, to recover with a win over Iowa.

The road has been a bit shaky for the Longhorns. Still, there is plenty of hope and more than sufficient talent to deliver a solid statement tonight in taking a win over Kansas.

The Longhorns might be in the ideal position to face the Jayhawks. But, surpassing Kansas is a whole different story. The total has gone under for the Jayhawks in four of their last six games.

As for the Longhorns, the total has gone over in four of their previous six games against Texas.

At the very top of the conference, the Jayhawks have managed to become one of the teams to look for as the race to the NCAA championship continues.

Although the odds are tight, Kansas is the contender to favor before tonight’s matchup. For the Longhorns, it would prove to be a defining moment to surpass Kansas on their home court.

However, the Longhorns may just be standing in the right spot to take a win over the Jayhawks at home tonight.