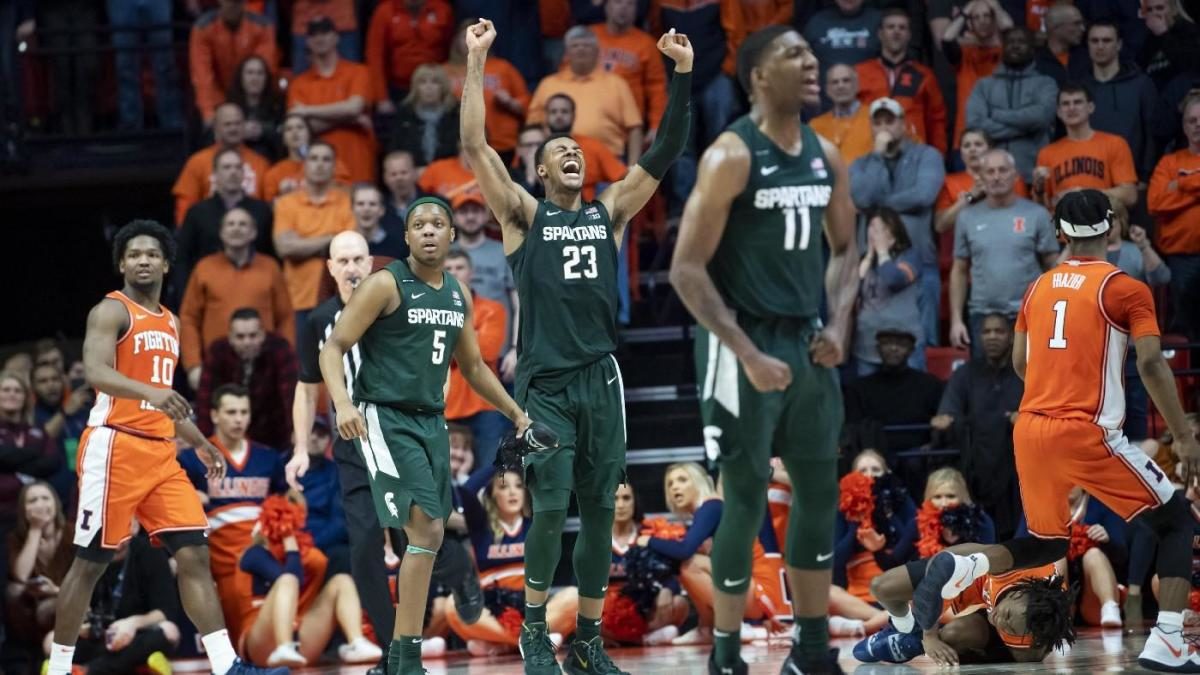 The Michigan State Spartans are heading to Illinois to pursue their second consecutive win and leave a recent loss in the past. The Spartans are also looking to stay as leaders of the Big Ten. Michigan State will now attempt to stay at the top of their conference as they visit the Illinois Fighting Illini at State Farm Center this Tuesday night.

The Spartans are once again ahead of the game. They are set to visit the number three squad in their conference. For Michigan State, it’s all about protecting their spot as the top team in the Big Ten.

For Illinois, having an early shot at the top team might give them a chance to deliver a strong statement. That will only happen if the Spartans can get a solid win over the Fighting Illini.

The Spartans are now 15-3 this current season. The squad achieved nine straight wins before taking a recent 64-62 loss to the Northwestern Wildcats. It’s no understatement to say that the Spartans are strong NCAA Championship contenders.

For Michigan State, forward Gabe Brown has led the squad with 13.6 points per game. Tyson Walker has added 5.1 assists and 1.3 steals per matchup. To Spartans coach Tom Izzo, it wasn’t all about breaking Wisconsin’s seven-game winning streak last Friday night. Izzo was glad the squad got the win.

The Spartans are now number 10 in the AP Top-25 and Coaches Poll. Although the squad is still marching on a solid path, Northwestern proved Michigan is not unbeatable. This is what Izzo and his men need to continue addressing.

Cockburn’s Fighting Illini on the Rise

The Fighting Illini were indeed on the rise. With two consecutive losses to Purdue and Maryland, the squad is suddenly struggling to get back on a winning streak. It’s still early in the season, but Illinois must start straightening its path soon.

Before their most recent losses, the Fighting Illini managed to get six consecutive wins. Playing a top team such as Purdue might justify an unexpected defeat. On the other hand, taking a loss to Maryland might prove the team depends on its top players.

Although center Kofi Cockburn missed the match against Maryland, he still leads the squad with 21.1 points and 11.8 rebounds per game. Although some recent missteps keep building for Illinois, winning against the Spartans could get them back on track.

The Spartans need to rely on having a top conference squad. The Fighting Illini might come close, but Michigan still leads the race. The total has gone over for the Spartans in seven of their last nine games. As for Illinois, the total has also gone over in 11 of their previous 14 games.

The odds might be leaning towards Illinois. The Fighting Illini might fall short vs. the Spartans with two recent losses. Michigan is now attempting to resume a winning streak that characterized most of their efforts throughout the season.

Still, there is plenty of time for the Spartans to get back. Leading the Big 12, Michigan State appears to be all set to take their 16th win of the current NCAA season.
Godds Pick/Prediction: Spartans to win and the over hits.