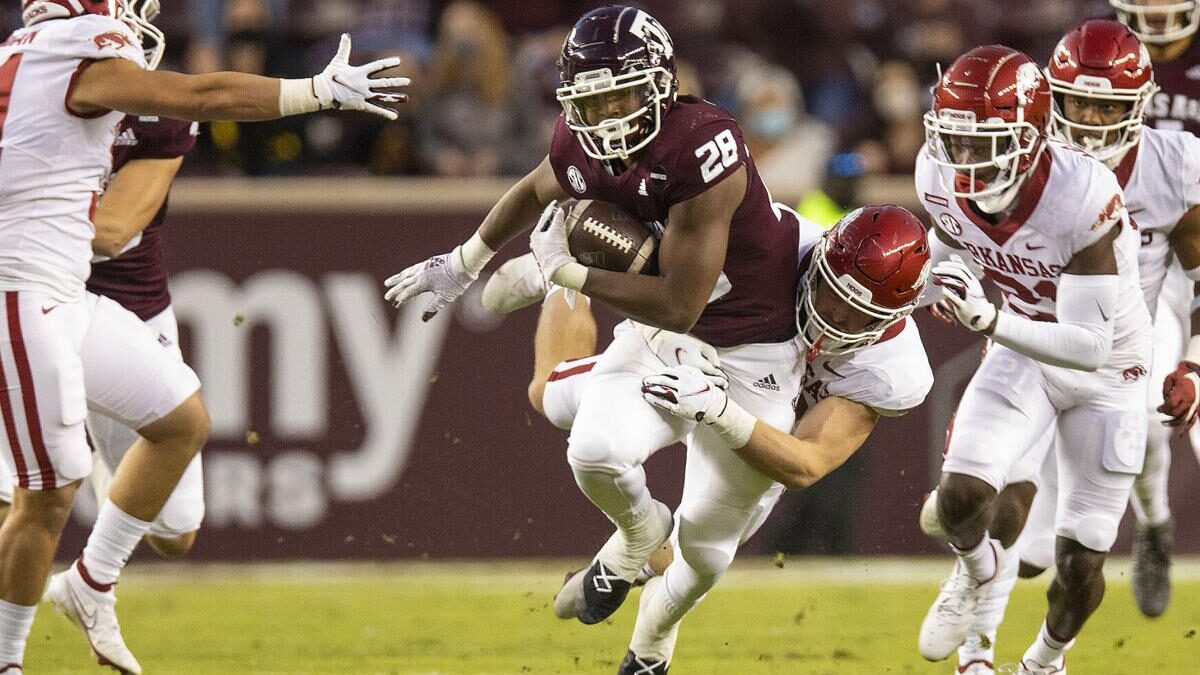 The Arkansas Razorbacks head to Texas to face the Texas A&M Aggies at AT&T Stadium for an SEC West Conference clash this afternoon.

The Arkansas Razorbacks have had an excellent start to the 2022 NCAA season. The Razorbacks are now at the top of the SEC West with a 3-0 record and are 1-0 in the conference standings.

The Razorbacks have proven competitive with top conference rivals and are ready to head to AT&T Stadium to visit the Texas A&M Aggies this Saturday afternoon.

Although the Aggies have a 2-1 record, they have not yet nailed a conference win. That has left Texas A&M at the bottom of the SEC West Conference below Auburn and Mississippi State. So the Aggies are looking for the perfect chance to pull a conference win that puts them at the top.

Jefferson’s Razorbacks to Remain at the Top

The Razorbacks had a solid season-opening game against Cincinnati. Arkansas was able to nail a 31-24 win. South Carolina came second and was close to putting the Razorbacks in a tight spot.

However, the Razorbacks still finished with a 44-30 victory. Last week, Missouri State tried to match up against the Razorbacks, yet Arkansas pulled through with a 38-27 win, proving that the team is still unbeatable.

For Arkansas, KJ Jefferson has become the key player on the offense. The quarterback is now standing with 770 passing yards and six touchdowns.

The Aggies have had a mild start to the 2022 NCAA season. So far, Texas A&M is standing with a 2-1 record, yet the team has still been unable to pull a solid conference win.

The Aggies powered through Sam Houston with a crushing 31-0 victory. They also made it past Miami with a 17-9 win. Yet, in week two, the Aggies took a 17-14 loss to Appalachian State.

That has not set back Texas A&M, as the goal to climb is still evident. Haynes King remains the vital orchestrator of the offense. King is now leading with 461 passing yards and three touchdown connections.

The Razorbacks appear to be at the top of their game. Over their last ten games, the Razorbacks are now 8-2 and leading with three straight wins during this initial season stage.

An additional conference win will allow the Razorbacks to become the leader in the SEC West Conference above LSU if the Tigers cannot pull a win this week.

As for the Aggies, it’s all about getting back to more solid results. The Aggies are now just waiting for the perfect chance to pull a win that puts them next to the Razorbacks and the Tigers.

The odds are in favor of Texas A&M, and it seems like the team is ready to start its journey to the top.