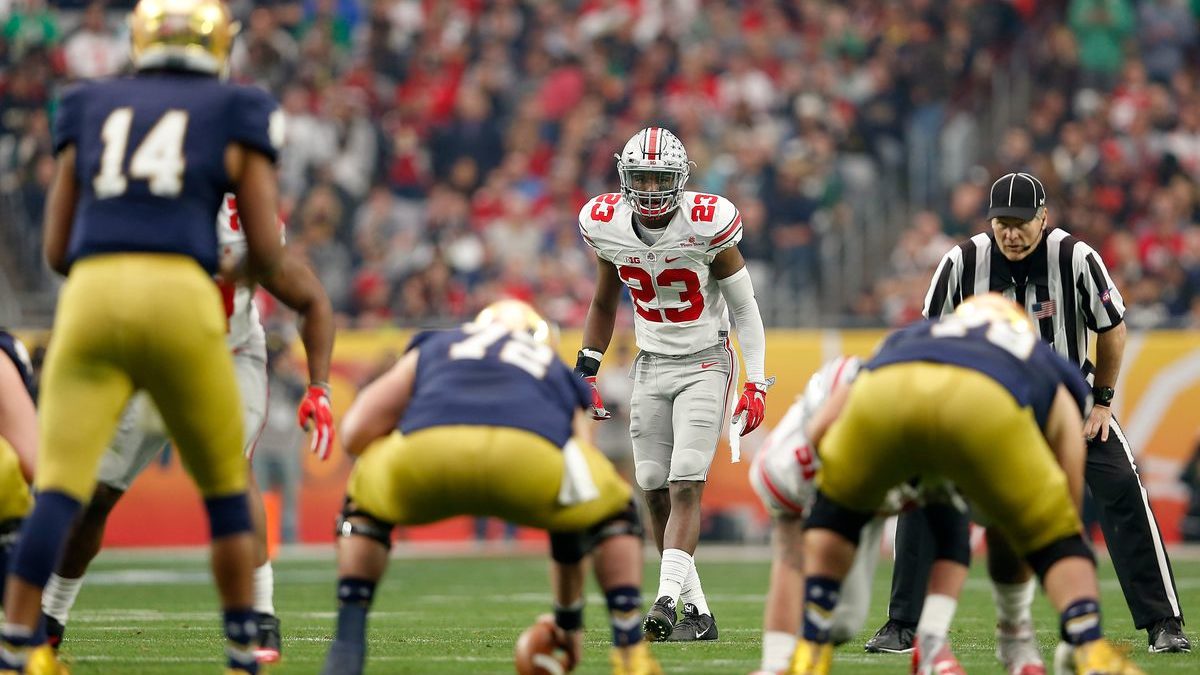 One of the most important games of this weekend of NCAA football features Notre Dame against Ohio State battling at Ohio Stadium in Columbus this Saturday evening.

The Irish are big underdogs in this early-season matchup and have the tools to pull off an upset in this battle between two of the best teams in the country.

New head coach Marcus Freeman moves into the position after serving as defensive coordinator under former coach Brian Kelly, who left the program last season. It looks to be the same scenario as last season for the Buckeyes.

However, they are again loaded with talent after having one of the top offenses in the nation, averaging 45.7 points per game and 560 yards of offense per game. QB CJ Stroud will return this season and led the offense with 4,435 yards, 44 touchdowns, and six interceptions.

It’s not that often that a matchup of two top-five teams happens in the first week of the season, but this is an excellent chance for Notre Dame to show they deserve to be ranked higher than number five while gaining respect from the other top programs in the country. This is still an excellent offensive team, even after losing their starting quarterback and running back from last season.

New QB Tyler Buchner saw some playing time last season and is expected to have better numbers than last season’s starter Jack Coan. The offensive line will return four starters this season, and Buchner will also have six of the eight-team leaders in receptions back this season. The offense shouldn’t fall off too much from the 35.2 points they put up per game last year.

Ohio State is looking to have another great season and hopes to top last year’s offensive numbers and come out on top in the Big Ten standings. Much of this matchup is dependent on the play of the quarterbacks, and Stroud is one of the best in the country and the favorite to win the Heisman Trophy at the end of the season.

The defense for Ohio State should improve this year after allowing 22.8 points per game last season. Nine of their eleven leading tacklers will be back this season, and eight starters will return for the Buckeyes. Many big playmakers on this defense should perform well against the less-experienced Irish offense in tonight’s game.

Even though they’re the fifth-ranked team in the country, the Irish are heavy underdogs in the season’s opening matchup. The key to victory is to control the clock against this high-powered Buckeye offense and keep them on the sidelines.

New head coach Freeman brings a lot of energy to the Irish sideline and must rally his inexperienced offense to play well against a very solid defense for Ohio State.

Godds Pick/Prediction: The Buckeyes will win, and the total stays under.