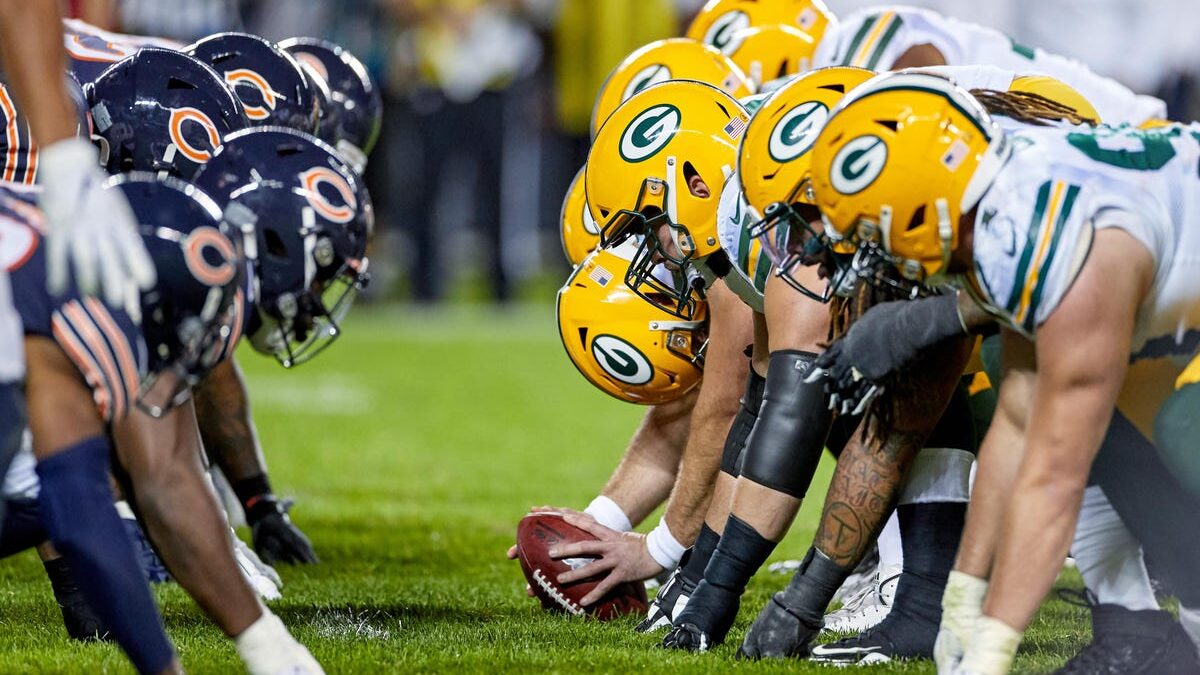 The Green Bay Packers may not have what it takes to face Justin Fields and the Chicago Bears at Lambeau Field tonight, but they’re ready to try.

The Chicago Bears started the season on the right foot. The Bears managed to make the most of game one of the official 2022 NFL season with a solid win against the San Francisco 49ers.

This has given the Bears confidence, and they may prevail if they can sustain a series of solid victories against easier rivals. For the Bears, it’s about making the most of their upcoming duel against the Green Bay Packers at Lambeau Field in Wisconsin.

As for the Packers, disappointment couldn’t have been greater than to see the team fall in Week 1. It wasn’t so much that the Packers lost, yet Green Bay might still need to look further to pick up any broken pieces and start putting them together before it’s too late.

Game one proved that the Packers might not be where they should be. Yet, there is still time to get there, and specific prominent and large-scale names are beginning to top the list as those who the fans expect to lead the team.

The Bears opened their 2022 season against the 49ers. They did so in a way that proved that Chicago may be dormant for the first and second quarters yet has found the right combination of players that understand it is never too late.

The 49ers were up against the Bears, and by the third quarter, San Francisco was up 10-0. Yet, quarterback Justin Fields found it within himself to push the team forward and start delivering a solid performance.

Fans might have been cheering once they saw Aaron Rodgers heading back to the field. Yet, that was far from the expected feeling last week when the Packers took a 23-7 defeat against the Minnesota Vikings.

The Vikings easily surpassed Green Bay, which became a team unable to respond. Rodgers could not bring back those edgy and top lead ideas that would have propelled the team just a few months back.

Now it’s up to Rodgers to take the offense to the next level and allow the team to push ahead in the standings.

The Packers are ready to take on the Bears. For the Packers, it’s all about trusting Rodgers and the rise of a potentially potent offense. The Packers may have everything they need except confidence.

Here is where Justin Fields and a strong Bears offensive line could push back and take over a Green Bay team that has remained unable to deliver a solid impression recently. For Rodgers, it’s now time to step it up at home.Godds Pick/Prediction: The Packers win, and the over hits.