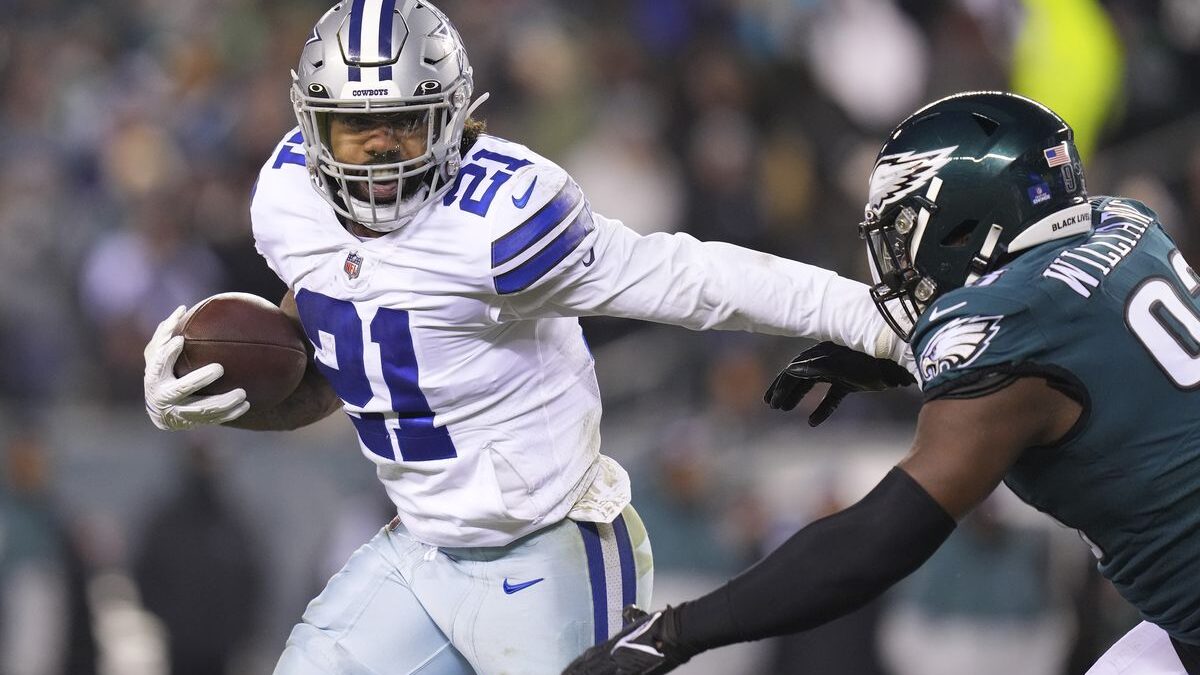 The Dallas Cowboys and Philadelphia Eagles meet in an NFC East battle on Sunday. The Cowboys look to take down the undefeated Eagles as they vie for position.

The Cowboys and Eagles meet in an important divisional matchup in Week 6 in the NFL. Dallas continued their strong play with a win on the road against the Los Angeles Rams.

Since their 19-3 defeat in Week 1 against the Tampa Bay Buccaneers, they’ve won four straight games on the strength of their defense and without starting QB Dak Prescott.

The Eagles are the lone undefeated team in the NFL. The team seems to have no weaknesses and ranks at the top of the league in many offensive and defensive stats.

Last week they won a close battle on the road against the Arizona Cardinals 20-17 for their third victory away from home this season. They have a one-game lead over the Cowboys and New York Giants in the division standings.

The Cowboys continue to win games with Cooper Rush at quarterback and their defense at the top of their game. He’s not as talented as Prescott but has been great at avoiding mistakes and keeping his team in the game.

They’ve defeated the Eagles three straight times and hope to get one more victory before Prescott makes his likely return next week.

Rush has thrown for 839 yards and four touchdowns with no interceptions in his four starts. He’s also fifth in the league in QBR at 67.6. Ezekiel Elliott leads the Dallas rushing attack with 305 yards and one touchdown, averaging 3.8 yards per carry.

Cee Dee Lamb is the Cowboys’ leading receiver with 341 yards and two touchdowns but is questionable for tonight’s game with a hip injury.

The Eagles survived against teams with losing records in the last two weeks.

They had to come from 14 points down to defeat the Jacksonville Jaguars 29-22 two weeks ago before their close game against the Cardinals last Sunday. However, they have a good chance of breaking their losing streak against the Cowboys on their home field and keeping their perfect record.

Jalen Hurts has been playing well at quarterback this season for Philadelphia and has thrown for 1,359 yards and four touchdowns. Miles Sanders leads a strong running attack and is fourth in the league with 414 rushing yards and three touchdowns. A.J. Brown leads all Philly receivers with 436 yards receiving and just one touchdown on the season.

The Cowboys are 4-1 against the spread in their last five games and have won eight straight times against NFC East opponents.

The total has gone over for Philadelphia in six of their previous seven home games, and they are 4-1 against the spread in the last six games played in October.

The Cowboys have been relying mostly on their running game without Prescott in the lineup but will be facing an Eagles team that allows just 105 yards rushing yards.

Philadelphia’s offense is also good on the ground, ranking fourth in the league with 160 yards per game.

If the Eagles can successfully control the clock and limit their turnovers, they should come away with a win in tonight’s matchup.