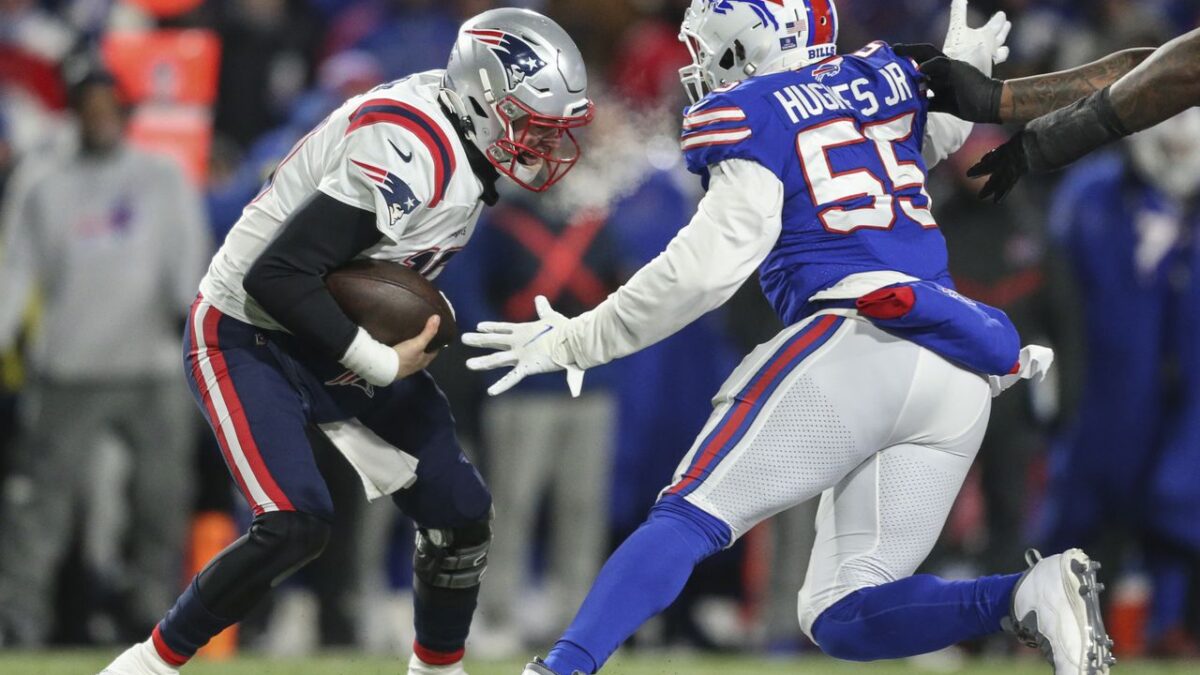 Buffalo hits the road tonight and will travel to Foxborough to take on New England in an AFC East matchup. The Bills are coming off two straight wins playing at Ford Field in Detroit after beating the Lions 28-25 on Thanksgiving.

The last time these two teams met was when the Bills beat the Patriots in the AFC Wild Card round 47-17. Buffalo is 8-3 and tied with the Miami Dolphins for first in the division.

New England also played last Thursday, losing on the road to the Minnesota Vikings 33-26. They had won three straight and five of their previous six games before the loss and have fallen to 6-5 on the season to occupy the bottom spot in the AFC East. However, the Patriots are 2-1 against division opponents and would temporarily take over the best record with a win tonight.

The Bills are in an unexpected battle with the Dolphins for the top of the division standings. However, Buffalo has yet to win against AFC East opponents, with losses to the Dolphins and Jets in their only division matchups.

The team is second in the league in scoring offense at 28.1 points per game. The Bills are fairly healthy for this game, but there are several questions on defense as Von Miller is out with a knee injury, and three players from the secondary will be on the sidelines will illnesses.

Josh Allen has thrown for 3,183 yards and 23 touchdowns, which are both second in the league, and his 73.6 QBR puts him third among all quarterbacks.

Allen is also the leading rusher for Buffalo with 561 yards and five touchdowns while averaging 6.9 yards per carry. Stefon Diggs is second in the NFL with 84 receptions and has 1,110 yards and nine touchdowns.

Patriots Look To Bounce Back At Home

New England has had its struggles on offense this season and is ranked 22nd in the league in rushing offense with 109 yards per game. They’re also 18th in scoring, putting up 21.7 per contest.

However, the defense is what has kept this team in the hunt for a playoff spot, as they have given up 18.4 points per game, ranking them sixth in the league. They gave up just 23 total points in their three wins before they lost to the Vikings on Thanksgiving night.

Mac Jones is 26th in the league in passing yards with 1,768 and has thrown for only six touchdowns with seven interceptions. Rhamondre Stevenson leads them in rushing with 680 yards and four touchdowns, and Jakobi Meyers remains their leading receiver with 47 receptions for 571 yards and three touchdowns.

Tonight’s game should be a great matchup. Buffalo features one of the best offenses in the league and showed that last week when they rallied to win against the Lions. The Patriots again struggled on offense last week against Minnesota and hope their defense can at least keep this game close.

Godds Pick/Prediction: The Bills win, and the total stays under.