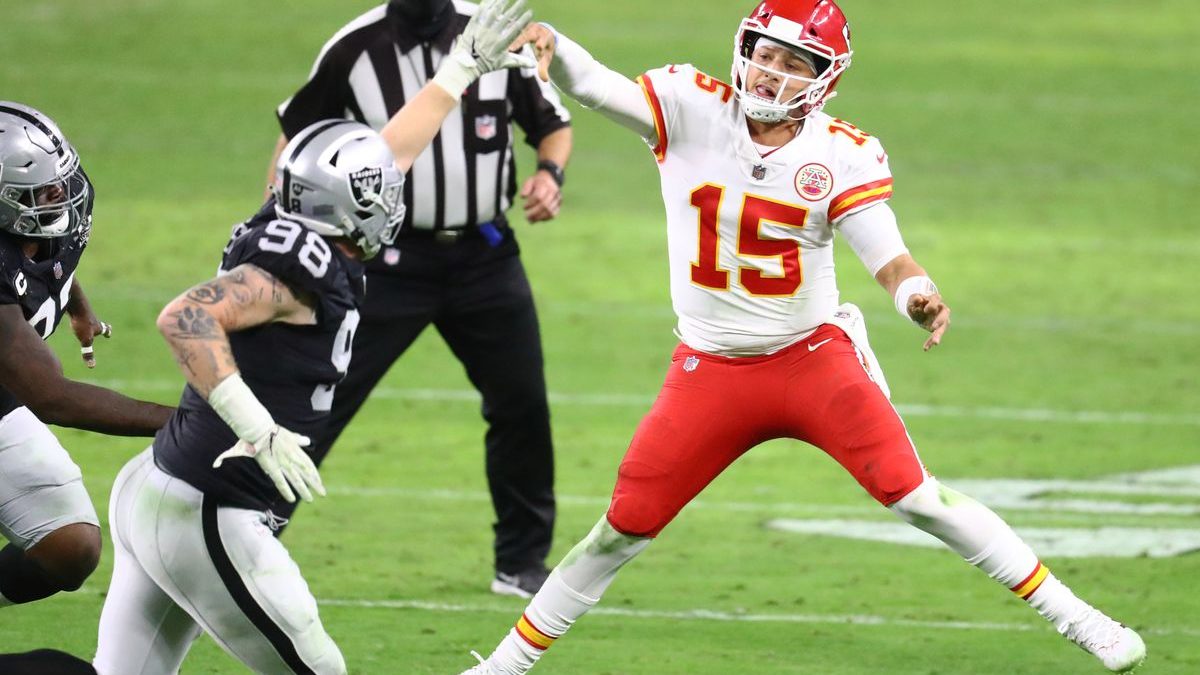 Chiefs attempt to cling to a new winning streak as they visit the Raiders at Las Vegas for a Sunday Night Football AFC showdown. Raiders’ controversial past weeks seem to overshadow their current 5-3 to stack up against Kansas.

The Kansas City Chiefs will attempt to bring on their top game as they prepare to visit the Las Vegas Raiders at Allegiant Stadium in Nevada this Sunday night. With a similar season record, both teams are approaching their tenth week with hopes of clinging to a boost that will drive them to the top of the AFC West division currently led by the LA Chargers.

As the Raiders lead the Chiefs on the divisional stands, second and third places respectively, the Raiders will attempt to drive a wedged-on Kansas offensive drive that proved to be unpredictably successful in Week 9. The Raiders hope to extend their home streak to four wins, but the Chiefs are expected to put on an offensive showdown under Patrick Mahomes’ wing to live up to their recent and brightest times.

Unpredictable is possibly the best word to describe the Chief’s 13-7 win over the Green Bay Packers last week at Lambeau Field. After having lead QB Aaron Rodgers ruled out for covid-19, the defensive barrier set by the Chiefs proved successful against under-pressured Jordan Love, who was unable to push against Kansas resistance.

Although Mahomes hit a career-low for a regular-season game after throwing 20 of 37, for a total of only 166 yards, it still proved sufficient to walk away with a victory over Green Bay.

According to the lead QB, the team is currently expected to continue outperforming their previous seasons. However, Mahomes was honest to admit that the squad is simply not putting in the performance to hit the correct numbers and that this is what they need to hang on to as they make their way to week 10. That one step to be achieved, Mahomes claims, is consistency.

Raiders Looking For a Season Turnaround

The Raiders are currently close to leading the AFC West division despite their struggles that have made one thing clear; resilience is the name of the game, and the Las Vegas squad is sure to stretch their efforts to push through the events of the last few weeks. The first and most recent, a 16-23 home loss to the New York Giants, broke the team’s intent to strive for consistency.

On the other hand, after Jon Gruden’s controversial exit from the team, the Raiders picked up two wins against the Denver Broncos and the Philadelphia Eagles, positioning them at the top of the AFC West. With additional controversy sparked by Henry Ruggs’ car accident on November 2, the Raiders seem to be optimistic about pushing forward despite the adversity surrounding the franchise in what appears to be a chaotic set of weeks. The team is now looking at Derreck Carr to lead the squad back to more consecutive wins.

KC has had some difficulty lately, hitting only two of eight against the spread. However, they’re 6-1 straight up against Las Vegas. The Under has hit in four of their last five games, while the total has gone over in nine of the Raiders’ last 13 – seven times in their previous eight at home. Straight up, the Raiders are 1-5 in their previous six at home against the Chiefs.

With a sudden drive at Green Bay and the hopes of pushing up their numbers further as they continue to climb to the top of the division, the Chiefs are looking sharper at clinging to this Sunday’s game at Las Vegas. There is no question Mahomes and his offensive line are ready to take on Carr’s Raiders for an AFC showdown classic. Although some might point to Raiders’ controversies to be left behind, the odds continue to favor the Chiefs as the Sunday night showdown approaches. 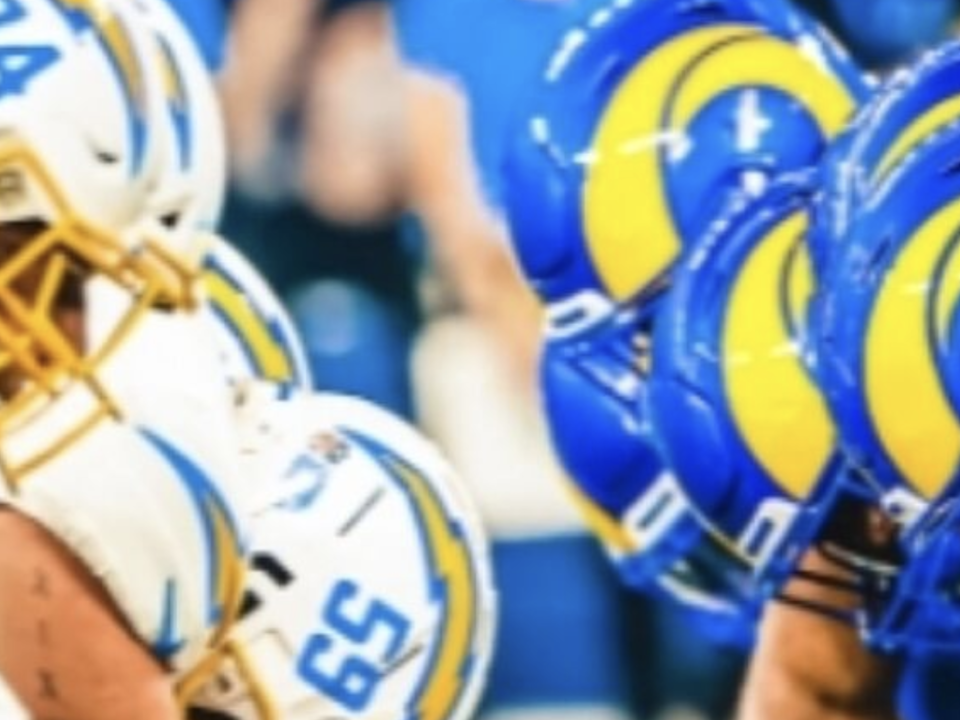 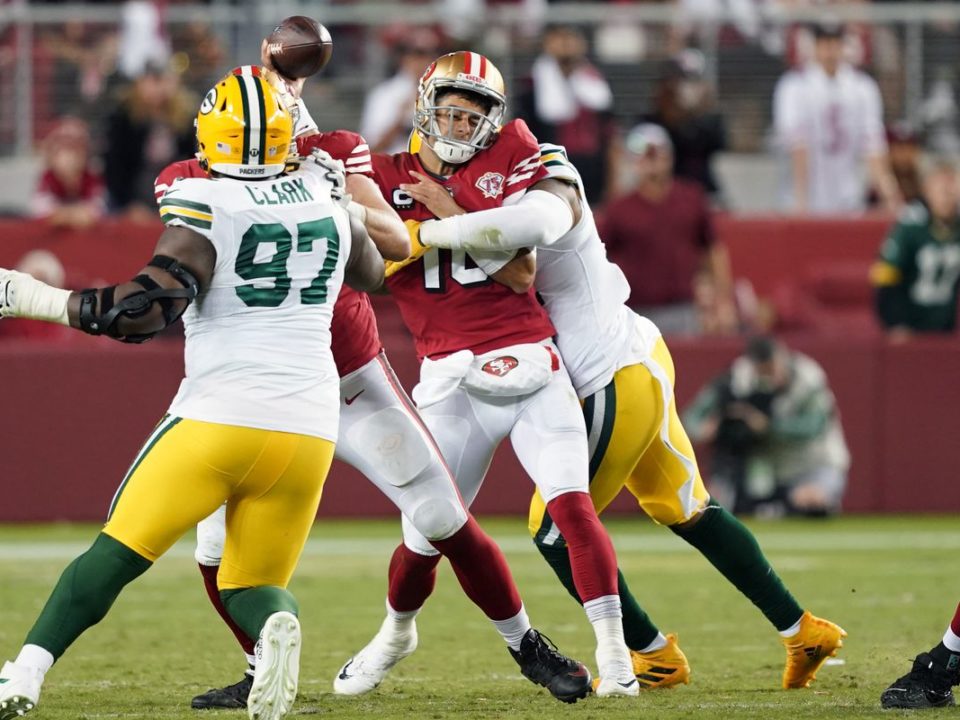