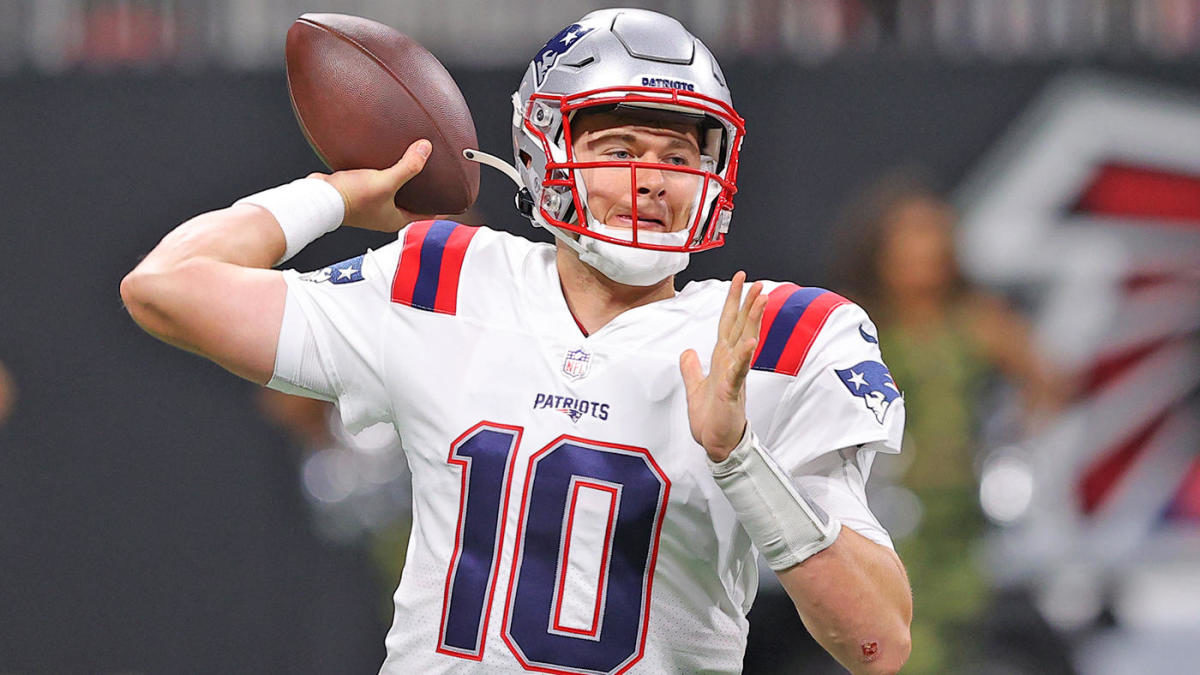 ATLANTA, GEORGIA - NOVEMBER 18: Mac Jones #10 of the New England Patriots throws a pass against the Atlanta Falcons in the first quarter at Mercedes-Benz Stadium on November 18, 2021 in Atlanta, Georgia. (Photo by Kevin C. Cox/Getty Images)

The Patriots have made one of the most impressive turning points this season and are now considered one of the top teams that will find success in the postseason. They’re now going to meet one of their toughest matchups on the road against the Bills, who started strong but had a couple of hiccups along the way.

Even after an outstanding performance from New England in the execution of a game plan from one of the best strategic coaches in the game, they will test their true colors against Buffalo, who has struggled a little bit while playing at home and have two losses there already. They’ve shown that they have the necessary weapons to continue to make a statement across the entire league, and a win against the Patriots would do exactly that.

It has been a very tough start for New England, but when you have a genius coach and the right players on the field, the adjustments and proper game planning can turn any season into a contender journey to achieve the ultimate goal. This is exactly what has happened to the Patriots, who now have found the right rhythm to continue to build momentum and now be considered one of the best teams in the NFL.

The Pats are allowing just 15.8 points per game, which has been huge in enabling them to be successful. They are also being complemented with the revelation of young star QB Mac Jones, who has 2,850 passing yards this season. The New England hype is back after a drought, and this year, they have everything they need to make it to the postseason. First, they need to beat the Bills to prove a point.

Buffalo has set the table to take on a most improved challenger in the Pats, who are coming off a very important win against the Saints and are looking to crush the hype train at home to consolidate a very strong season run like the one they are having.

The Bills are in the number-two spot in the AFC East and will have the chance to challenge the top position in the division against New England. Buffalo star QB Josh Allen has driven the Bills to success on numerous occasions and now has 3,071 passing yards in one of the top teams in scoring, averaging 29.6 points per game. He will now test the team’s abilities against a very strong team defense in the Pats.

The Patriots have taken the best out of their last five meetings against the Bills with a record of 3-2, reflecting the very even games that these two play when they meet on both ends of the field. New England is coming into this game with a six winning game streak that has placed them under big expectations. Although they don’t have the odds in their favor in the context that they have been successful, they are 5-0 against the spread in their last five games this season.

Godds Pick or Prediction for the Game

The Patriots will pull off the upset against the Bills under the spotlight on the road. Their defense will completely shut down Josh Allen and the rest of the offense, which will still be able to drive to the endzone, but not enough to outscore New England. Also, ROY candidate QB Jones is having a great season so far. With the help of coach Bill Belichick, he will turn this game into a chess match in favor of the Pats.