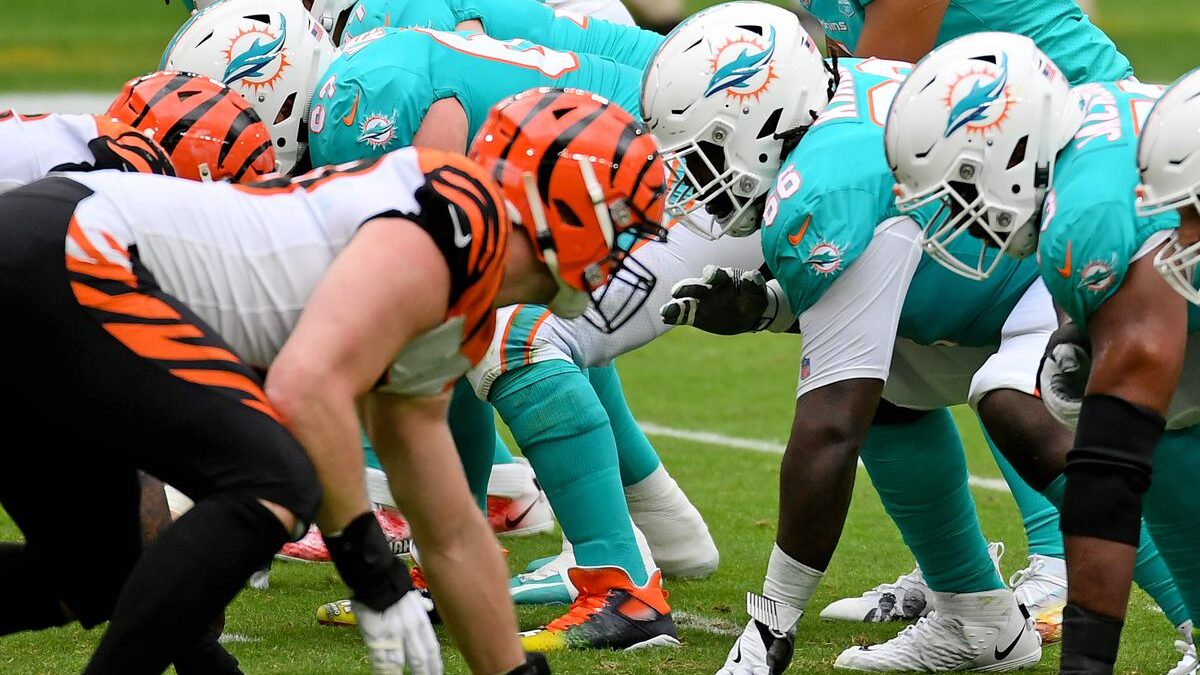 The Miami Dolphins are off to a much different start to the 2022 NFL season. Miami leads the AFC East Division with a 3-0 record.

However, the Dolphins are focused on pulling in more victories. Starting with two home games helped, but Miami proved strong in week 2 when they visited the Baltimore Ravens in Week 2.

The Dolphins are ready to head to Paul Brown Stadium and face the Cincinnati Bengals tonight. As for the Bengals, the start of the season would not qualify as one of the strongest.

The Bengals are now 1-2 at the bottom of the AFC North. However, the Bengals still have the roster and the potential to become one of the strongest teams in the league.

The Dolphins have experienced one of their strongest season starts in the last five years. Still undefeated, Miami is now aiming at staying at the top and away from top teams such as the Buffalo Bills that are a win away from catching them.

The Dolphins started by facing the New England Patriots and walking away with a 20-7 win. Visiting the Ravens in week two proved challenging, yet Miami still pulled a 42-38 win.

With a 21-19 win against the Bills, the Dolphins delivered a solid message claiming to stand as the strongest team in the AFC East. For Miami, Tua Tagovailoa has become an essential offensive leader and now has 925 yards passing and eight touchdowns. While there were rumors he wouldn’t play tonight due to injury, insiders have said he’s on the starting roster.

The Bengals have not had a solid start. In Week 1, they took a 23-20 loss to the Pittsburgh Steelers. Unfortunately, their numbers wouldn’t improve in Week 2 when Cincinnati visited the Dallas Cowboys to fall again, 20-17.

However, in Week 3, the New York Jets became the Bengals’ first victim. The team showed an entirely different side of their offense and relied on the efficiency of their defensive control to pull a 27-12 win.

Although it’s been gradual, Joe Burrow has gradually become that key offensive leader for Cincinnati. Burrow is now standing with 812 passing yards and six touchdowns.

The Dolphins are now 3-0 and 1-0 on the road. Miami is now fourth in the league with 291.3 passing yards and eighth overall, averaging 27.7 points per game.

On the other hand, Cincinnati is 2-1 overall and 0-1 at home. The Bengals are 14th in the league with 241.7 passing yards and tied for the tenth with 21.3 points. There is no question that Miami is the stronger option for tonight’s game.

With the odds in favor of the Bengals, expectations are high for what Cincinnati might be able to achieve today.