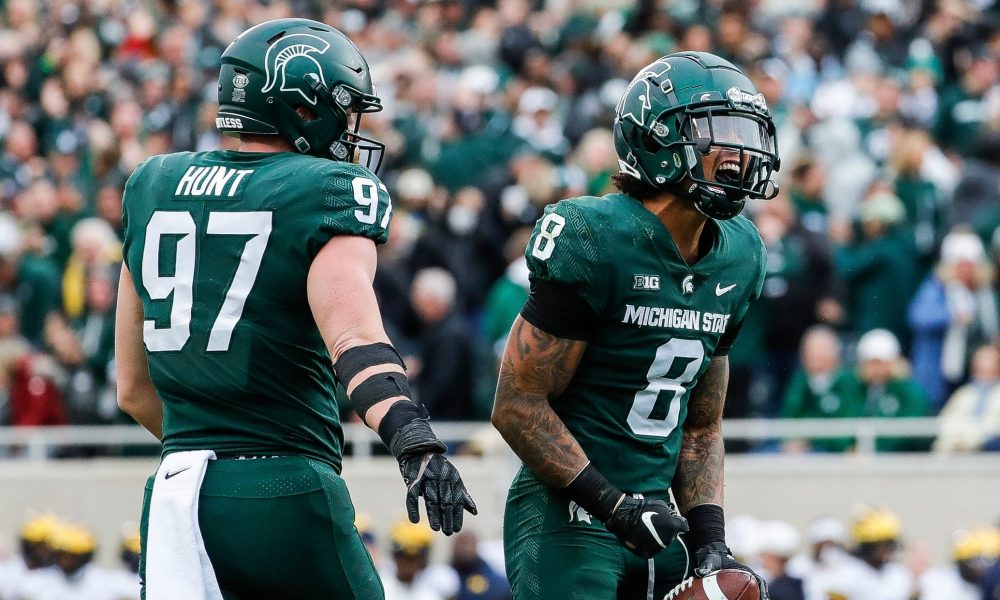 The Pitt Panthers are ready to face the Michigan State Spartans in the Peach Bowl. Both teams are free of any coronavirus concerns and are prepared to give fans an exciting game. Pittsburgh is enjoying its first ACC championship since joining the conference in 2011 after moving from the Big East. They will be going for their twelfth win of the season, which they haven’t accomplished since they won the national championship back in 1976.

In the Big Ten East, Michigan State finished in third place, behind #2 Michigan and #6 Ohio State with a 10-2 record. Pitt is coming into this game on a five-game win streak while the Spartans are 2-2 in their last four.

The Pitt Panthers will be without their Heisman-finalist quarterback Kenny Pickett for this game as he prepares himself for the NFL draft. After the end of last season, fans thought there might be a chance that Pickett would enter the draft, but he decided to come back for one more year to increase his standing in the draft. He was successful in that regard, throwing for 4,319 yards and 42 touchdowns in 2021. QB Nick Patti will replace Pickett as the starter.

The Panthers will still have their star wide receiver Jordan Addison available for this game. The sophomore was the 2021 Biletnikoff Award winner as the best wide receiver in the country. He finished the regular season with 93 receptions for 1,479 yards and 17 touchdowns, averaging 15.9 yards per catch.

He has a chance to set two school records in this game. He needs four catches to break the single-season record and 194 yards to set the new mark in receiving for one season. Pitt is fourth in the country in scoring offense, with Pickett starting, averaging 40.2 points per game.

The Michigan State Spartans and Pitt Panthers have faced each other seven times, with the Spartans winning six. The seventh matchup ended in a tie. Their star RB Kenneth Walker III has also decided to skip this game to also prepare for the NFL draft. He finished sixth in the Heisman Trophy voting as he rushed for 1,636 yards and 18 touchdowns, averaging 6.2 yards per carry.

Michigan State may be lucky that Pitt QB Kenny Pickett opted out of this game as their defense is last in the entire country in passing yards per game, giving up 337.7 yards per contest. As a result, they were underdogs in this contest until Pickett decided to skip the game. Nevertheless, the Spartans should be competitive in this game as they look to get their eleventh win to end the season.

The Panthers are looking to get their sixth straight win to finish the season but won’t have the same potent offense on the field without their star QB. However, Michigan State should overcome their terrible play in the secondary this season and make this a very entertaining matchup.