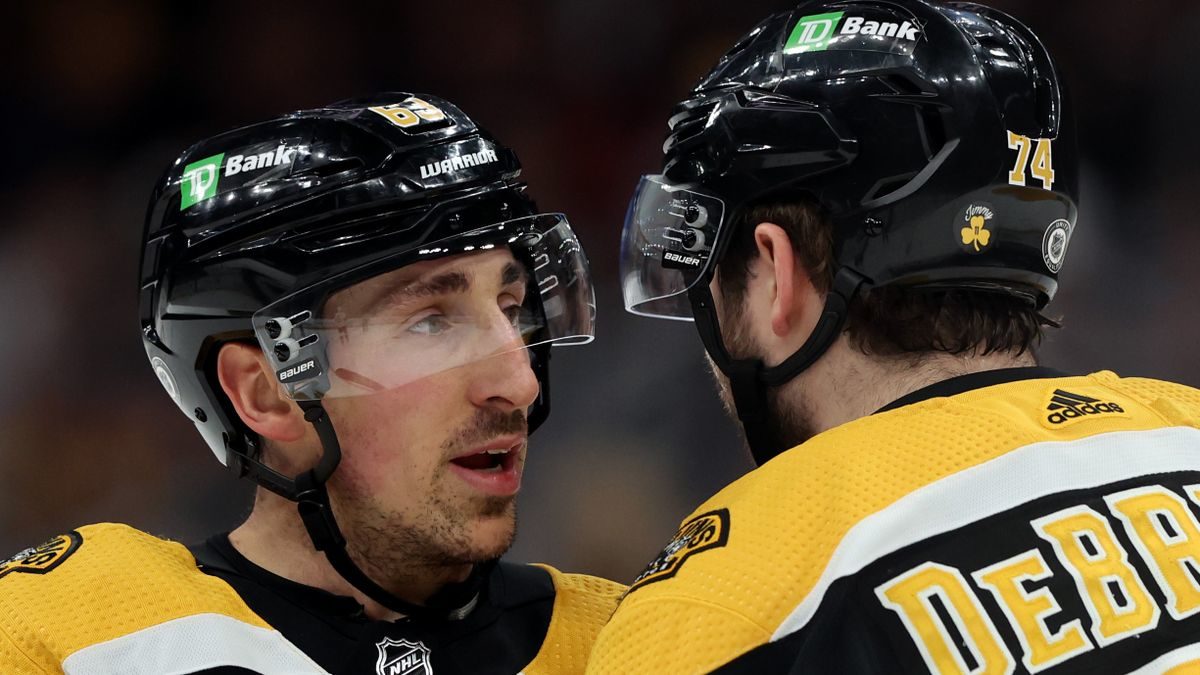 Two of the NHL‘s top teams face off on Tuesday night as the Bruins and Blues will battle for the second time this season. These two teams had their first meeting a week ago, with the Blues getting the 4-2 victory in Boston and their seventh straight victory. However, the Bruins’ winning streak is still active, as a win tonight would be their tenth straight.

The Bruins are having a good season, with the offense averaging 3.08 goals per game. Their defense is also one of the best in the league, giving up 2.68 goals per matchup.

The team is looking to move up from its current wild position in the Eastern Conference standings as St. Louis is second in the Central Division, where they hope to stay with six games remaining on the regular-season schedule.

The Bruins are currently fourth in the Atlantic Division, three points behind the Tampa Bay Lightning, and are hoping to catch them with just seven games remaining on the schedule. However, they have faltered recently in their quest and have lost four of their last six games, including three straight before their win over Pittsburgh last Saturday night.

Brad Marchand leads the team in scoring with 73 points, with Dave Pastrnak the leading goal scorer with 38 on the season and is second with 71 total points. Charlie McAvoy has handed out 44 assists to lead the team. Linus Ullmark and Jeremy Swayman have split the goaltending duties this season, with Ullmark chalking up a 23-10-2 record and giving up 2.57 goals per game. Swayman has fewer wins with 21 but has the better GAA at 2.34.

The Blues are in third place in the Western Conference, one point behind the Calgary Flames. They hope to catch the Avalanche, who lead them in division standings by 14 points. However, with just six games left on the schedule, Colorado would have to have a complete collapse, and the Blues would need to win all their remaining games to take over first place.

Vladimir Tarasenko leads the Blues in scoring with 76 points, scoring a team-high 33 goals. Robert Thomas is the leader in assists with 55, and Justin Faulk leads the team in plus/minus at +41. Ville Husso has 24 wins in 37 games this season and leads the team with a 2.44 GAA.

The Bruins need a win if they hope to move up in the conference and improve their playoff position, while the Blues are on another hot streak and don’t seem to be slowing down anytime soon.

Boston will have to step it up on defense if they hope to avoid the season sweep by St. Louis.Godds Pick/Prediction: The Blues will win, and the total goes over.