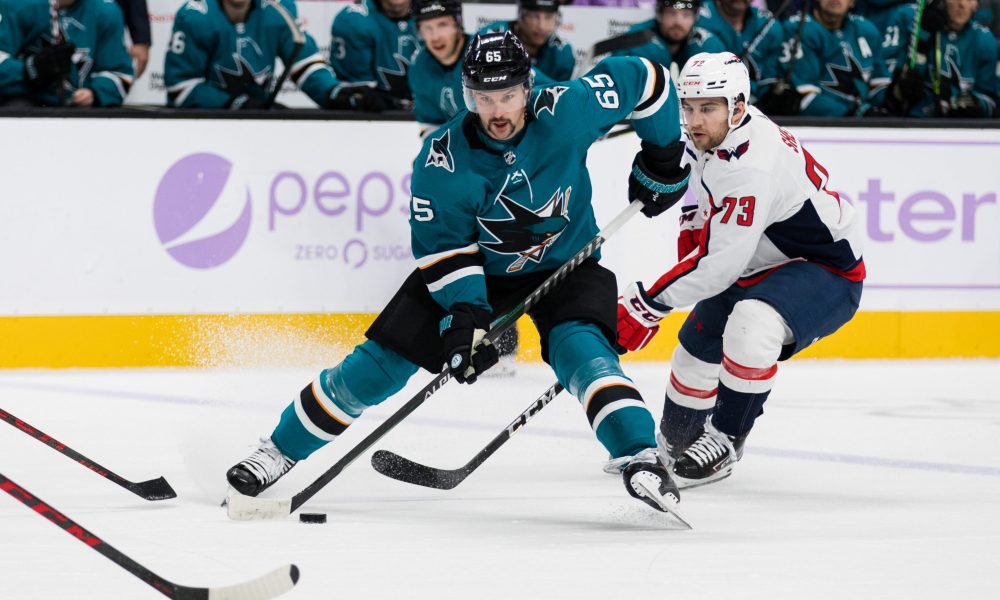 The San Jose Sharks have not yet experienced how to dominate through the current 2021-22 NHL Season. However, with a recent 1-4 record over their last five games, the Sharks are still unwilling to give up. If they wish to finish the regular season with any hope of making it to the postseason, more consistent victories are all the Sharks need.

San Jose is now set to visit the Washington Capitals at Capital One Arena this Wednesday evening. For San Jose, victories are the only factors that will keep the squad afloat. For the Capitals, the story is very similar.

Washington is now 2-3 over their last five games and is still looking for a quick turnaround that will give them a chance to climb up in the division standings. Playing on their home ice, the squad could take advantage of the opportunity and strip San Jose away from their last hopes of making it further in the Pacific Division.

Meier’s Sharks on a Tight Spot

San Jose is now fifth in the Pacific Division. Despite having a 21-19-2 record, the Sharks have not found that great consistency this season. Instead, they have struggled throughout different stages with short win streaks.

The Sharks are led by right-winger Timo Meier, who has 25 goals and 26 assists, for a combined 46 points. Although Meier’s season has not been a clear reflection of his squad overall, the Sharks appear unwilling to let go of any of their chances.

The squad is now averaging 2.71 goals per game yet stands twenty-first in the league with 3.10 goals against. However, with a 17.4% power-play percentage, the Sharks might find the strength it takes to steal a win over the Capitals tonight.

The Capitals are now fourth in the Metropolitan Division. All that stands between them and the division-leading New York Rangers is a five-point margin. For Washington, that is enough motivation to keep striving to climb up the division standings.

Alex Ovechkin leads Washington with 29 goals and 29 assists for 58 points. Vitek Vanecek has kept the count at 2.47 goals per matchup on the goaltending side. Goaltender Zach Fucale’s save percentage stands at .924 for the season.

The Capitals are still on the positive side overall. The squad has been able to produce 3.19 goals per game while standing eighth in the league with an average of 2.70 goals against. The Capitals are all-in to fight for a spot among the top of the division.

The Sharks might have a shot, yet the Capitals’ numbers still place them as the one to favor. For San Jose, the total has gone under in six of their last eight games. As for Washington, the total has gone over in 12 of their previous 16 games played at their home arena.

All odds and numbers are on the Capitals’ side. The Washington squad is now standing on a 2-6-5 home record. For the Capitals, the goal is set, and making it to the top of division standings is all that matters.

For San Jose, a 10-10 road record might build their case for a potential win tonight. The Sharks might have what it takes to get the win over Washington. But the Capitals might prove to be more than just another mild challenge for San Jose.