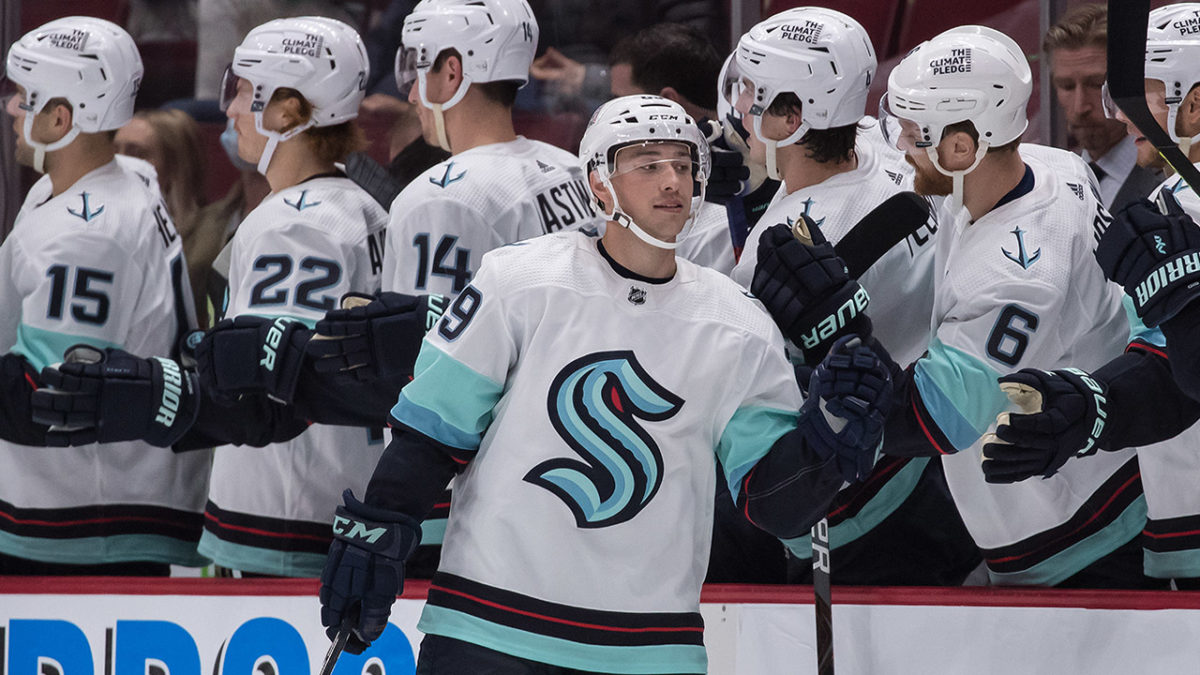 This is the inaugural season for the Kraken. Seattle’s head coach, Dave Hakstol, has head coaching experience in Philadelphia, where, from 2015-18, he was the head coach for the Philadelphia Flyers as he amassed a record of 134-101-42 over the three seasons.

Hakstol also took the Flyers to the playoffs in two of those three seasons. He’s a proven winner in a new city opening with a divisional game on the road.

The Vegas Golden Knights were the Cinderella story of the 2017-18 season, making it to the Stanley Cup Finals. They are looking to make that run again this year and take the Cup. Head coach Pete DeBoer and his Golden Knights start the season at home this year after a preseason record of 3-4, with two straight losses.

As the newest NHL franchise, the Seattle Kraken open their season on the road in a divisional game in Las Vegas. Second-time head coach Hakstol is looking to have the same success he had with the Flyers.

Seattle had a good preseason, going 4-2 and finishing strong with a 4-0 shutout over Vancouver. The Kraken picked Center Jared McCann in the expansion draft from Toronto, and his multiple seasons of 14-plus goals and 30-plus points are going to give the team a huge advantage.

DeBoer and his Golden Knights open the season against divisional newcomer Seattle. Vegas had a record last year of 40-14-2 with 82 points; in the preseason, they are 3-4.

The Golden Knights have only one goal in the last two preseason losses to Arizona and San Jose. Vegas are a favorite to win the Pacific Division and a trip back to the Stanley Cup.

There is nothing to compare Seattle to, being it’s their first game ever. However, they have a lot of excellent coaching experience and several veteran players that will make a huge difference.

Last season, the Golden Knights were top-five in scoring, with 3.39 GPG. Vegas also had a top-five defense and penalty kill, which took them deep into the playoffs. They beat the Avalanche decisively in the second round, 4-2, to advance. However, the Golden Knights got knocked out in the next round by the Canadians.

Godds Picks or Prediction of the Game

The Golden Knights are opening the season at home against a new franchise and are going to win the game. This is a playoff-bound team with a top-five defense and penalty kill.

Vegas will shake off the two-game losing streak in the preseason and come out ready to play. Vegas to win the game and plus money on the puckline. Take the Over if you can get plus money.