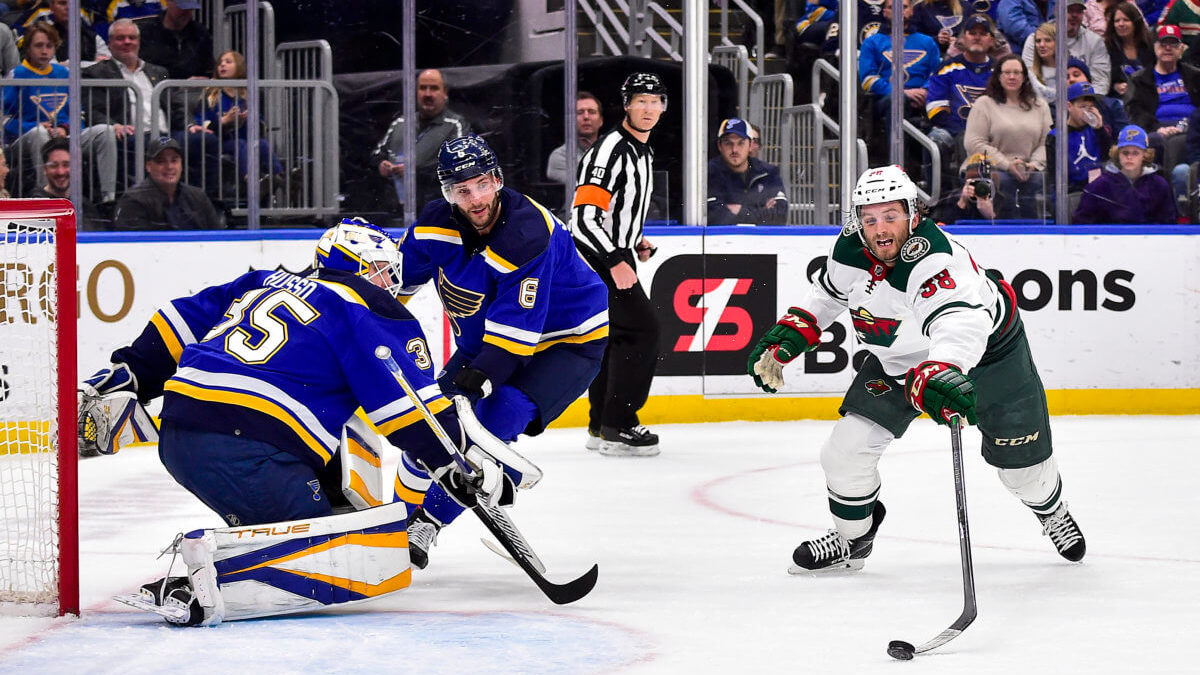 The St. Louis Blues are off to a solid start. On Monday, the Blues pulled a solid win over the Minnesota Wild in the first leg of the NHL playoffs. With a clear understanding of what this second away game might mean for them, the Blues have found the key to beating Minnesota early in the race. The Blues will now head to Xcel Energy Center in St. Paul, MN, to play the Wild tonight.

For Minnesota, having taken a home loss shows as just a misstep. Yet, taking a 4-0 beating might be a sign of weakness. The Wild might seem like they don’t quite have it in them to keep moving forward in the playoffs. Yet, it’s still too early to tell. The Wild will attempt to take advantage of their second straight home game and even out the series against the Blues.

The Blues had strong season numbers. Having finished third overall in the Central Division right behind the Wild placed St. Louis as the apparent underdogs. Yet, no underdog was seen on the ice on Monday night.

The Blues managed to pull a solid 4-0 road win over the Wild. First, David Perron led the Blues with three goals, followed by Ryan O’Reilly, who was able to add a point to the scoreboard in the second quarter.

Still, Vladimir Tarasenko continues to lead the Blues with 34 goals and 48 assists for 82 points. Center Robert Thomas has also added to the team’s offensive effort to now stand with 57 assists.

There is nothing sure after just one game. Or at least that is what the Wild will attempt to prove tonight. With high expectations as the second seed in the Central Division, Minnesota will aim for a quick recovery tonight.

The Wild are led by Krill Kaprizov. The left-winger has 47 goals and 61 assists for 108 points. Minnesota will now need to rely on solid offensive power to prove that their recent misstep vs. the Wild was just temporary.

For Minnesota to dominate the series, they will also need to work on their defensive grip on St. Louis. However, with just one game into the first leg of the playoffs, the Wild now have more than enough chances to overcome the Blues.

The Blues will now test their 23-12-6 road record yet again at Minnesota. St. Louis is still second overall in the league with a 27% power-play percentage and fifth overall with an 84.1% penalty kill percentage. Whether that will be enough for a second straight win over the Blues will be determined tonight. What is clear is that the Wild are still holding on to a solid 31-8-2 home record. With the odds in their favor, the Wild might have what it takes to leave the Blues behind.