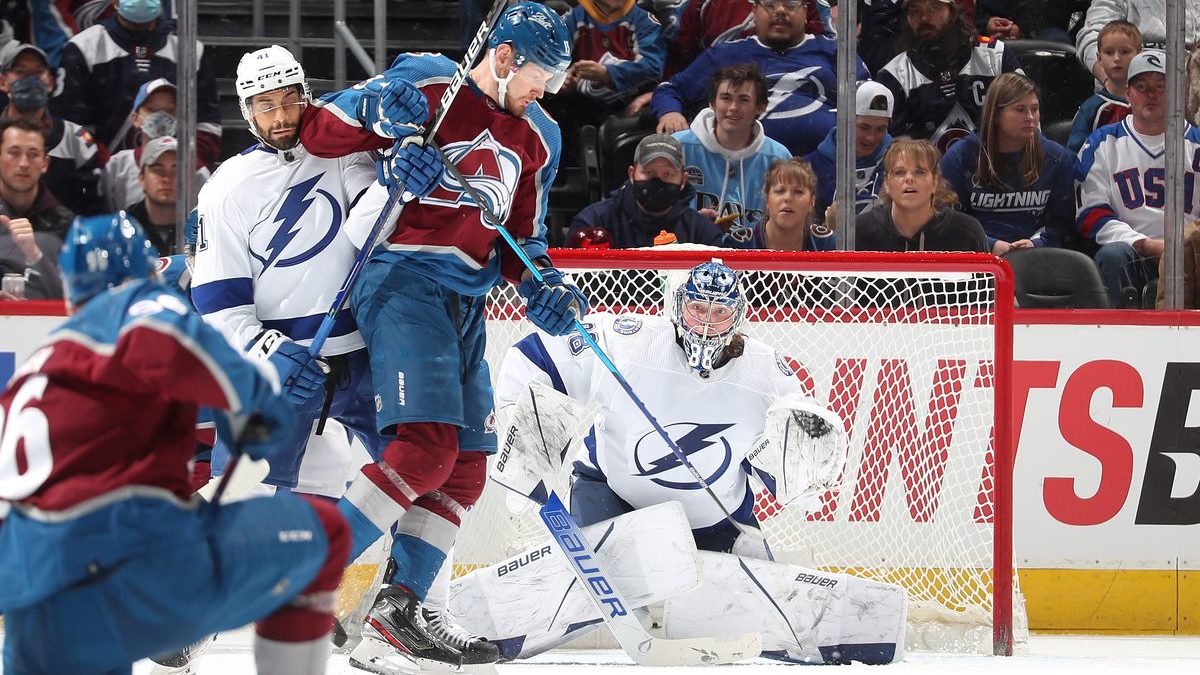 The Lightning won Game three of the series at home after losing the first two games in Colorado. They came home to win Game 3, only to lose the second game on their home ice 3-2 in overtime on Wednesday night. The Avalanche hope they’ll be hoisting the trophy on their home ice for the first time in more than 20 years with a victory tonight.

Tampa has struggled in this series and failed to hold their home ice after dominating the first game at Amalie Arena 6-2. They’re on the verge of elimination tonight and still haven’t won their first game at Colorado in a series in which they need at least one win away from home to win it. The Avalanche have outscored the Lightning 16-11 in the first four games.

Lightning Offense Must Keep Them Alive

The Tampa offense has played well in this series, but the team now finds themselves on the verge of elimination on the road after only scoring two goals in the last outing. Most of their offense in the series has come from Ondrej Palat, Steven Stamkos, and Nikita Kucherov. The trio has scored three goals and has five assists in the first four games.

On defense, the team hasn’t played very well against Colorado. Victor Hedman has been solid along with his line-mate Jan Rutta at the point, but the other lines have been struggling and giving up a lot of open shots on goal to the Avalanche. As a result, Andrei Vasilevskiy has been busy and has given up an average of four goals per game.

The Avalanche are now on the verge of winning the Stanley Cup for the first time since 2001 and have been riding their potent offense all season. On their top line, Mikko Rantanen, Nathan MacKinnon, and Artturi Lehkonen have two goals and 11 assists in the series, but the rest of the forward lines have also played well, scoring eight goals and three assists. Cale Makar leads defensemen with two goals and three assists in the series.

Colorado should have no problem scoring goals tonight as they have created open shots for themselves throughout the series. After only allowing two goals in Game 4, they hope to continue to limit the Tampa offense and try to force more turnovers in the neutral zone. Also, if Darcy Kuemper continues his outstanding play in goal, they should be able to win this game at home, where they’ve only lost twice in the postseason.

Colorado is the favorite on their home ice, where they haven’t lost since the second round against St. Louis. Tampa is still looking for their first road win in the series and hopes to become the first team to come back from a 3-1 deficit in the Finals since Toronto in 1942.     Godds Pick/Prediction: The Avalanche will win, and the total goes over.