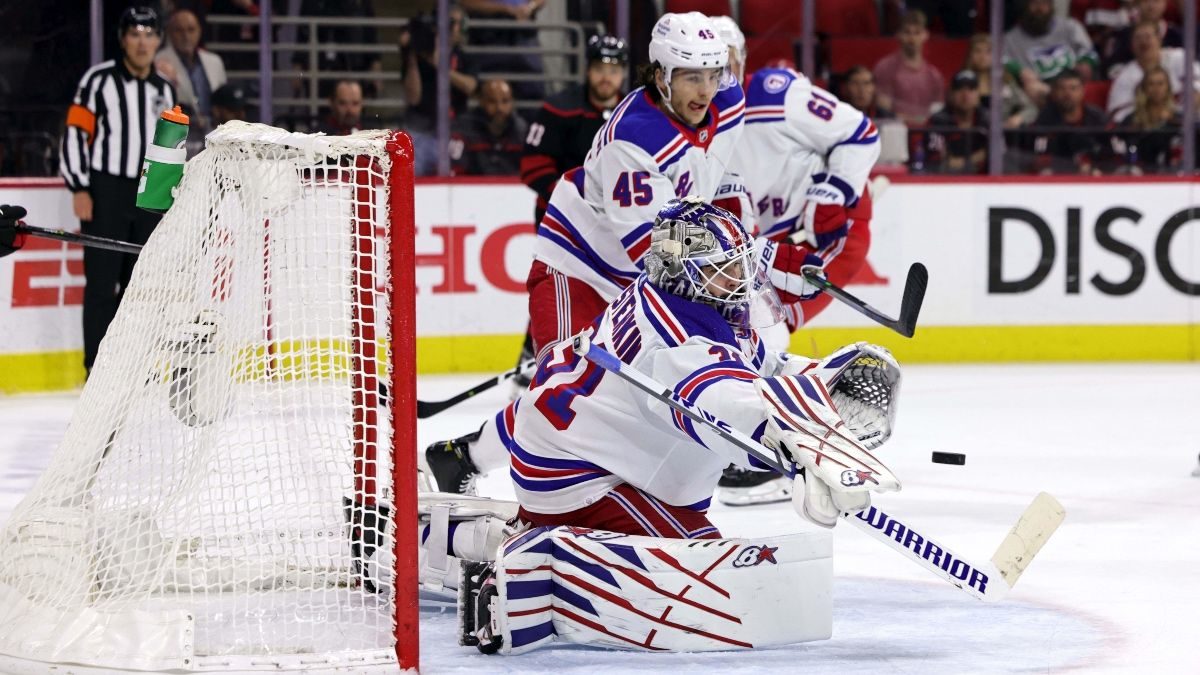 The Lightning and Rangers continue their conference finals series at Madison Square Garden, with New York holding a 1-0 series lead after taking Game 1 on Wednesday night 6-2.

Tampa must regroup before tonight’s game and hope to even up the series on the road while the Rangers can put themselves just two wins away from their first Stanley Cup Finals since 2014.

After dominating teams on offense throughout the playoffs, the Lightning looked sluggish in Game 1 and came away with only two goals on the night. On Wednesday, the second line did all the scoring, with Anthony Cirelli, Ondrej Palat, and Steven Stamkos getting two goals and three assists.

New York’s offense is now the one that looks dominant after the statement they made by scoring six goals versus Tampa in the first game of the series.

Lightning Defense Must Be Better

The Tampa Bay offense could not keep up with the Rangers in Game 1 as the first forward line of Nikita Kucherov, Alex Killorn, and Nick Paul was held scoreless after scoring six goals and 19 assists in the first two series of the postseason.

Victor Headman must also start producing from the point in this series and has two goals and eight assists so far in the playoffs.

The defense is why Tampa lost on Wednesday night, as they gave up six goals on 34 shots. Against the Florida Panthers in the second round, the Lightning only allowed three goals in the entire series while sweeping them in four games.

As one of the best goaltenders in the NHL, Andrei Vasilevskiy must also recover for tonight’s game and stop more shots tonight for Tampa.

Rangers Have Been Consistent On Both Ends

The Rangers’ offense looked dominant in Game 1 and continued where they left off against Florida in their sweep of the last round.

The first line scored three goals and two assists on Wednesday, and the rest of the offense played well. Filip Chytl had two second-period goals and picked up his game after scoring just eight goals in the regular season. He has five goals in the last three games for the Rangers.

Artemi Panarin, Frank Vatrano, and Mika Zibanejad all had a goal and an assist as the Rangers have now won their seventh straight playoff game at home, a franchise record. New York has scored 17 goals in the last three games and doesn’t plan to slow down in tonight’s matchup.

The odds are in Tampa’s favor on the road in Game 2 as they’re expected to rebound and take control on both ends of the ice tonight. As long as they can control the offensive zone and create more shots, they should be able to produce a lot more goals than they did in Game 1.   Godds Pick/Prediction: The Lightning will win, and the total goes over.